'Fortnite' will host a Marshmello concert this weekend

Expect a new LTM called Party in Pleasant Park to bring the fire on February 2nd.

With Super Bowl LIII only days away, Epic Games is ensuring that Fortnite players will be able to partake in some of the festivities. As reported by The Verge, the game's creators have booked EDM artist and producer Marshmello to perform an in-game concert the game, which will be hosted directly on the football field in Pleasant Park.

While his appearance has yet to be confirmed publicly by Epic Games, the popular DJ has already added Pleasant Park as one of his upcoming tour dates on his official website. Also, if you visit the football field in question, you'll see that the preparation work for a music event is already underway. 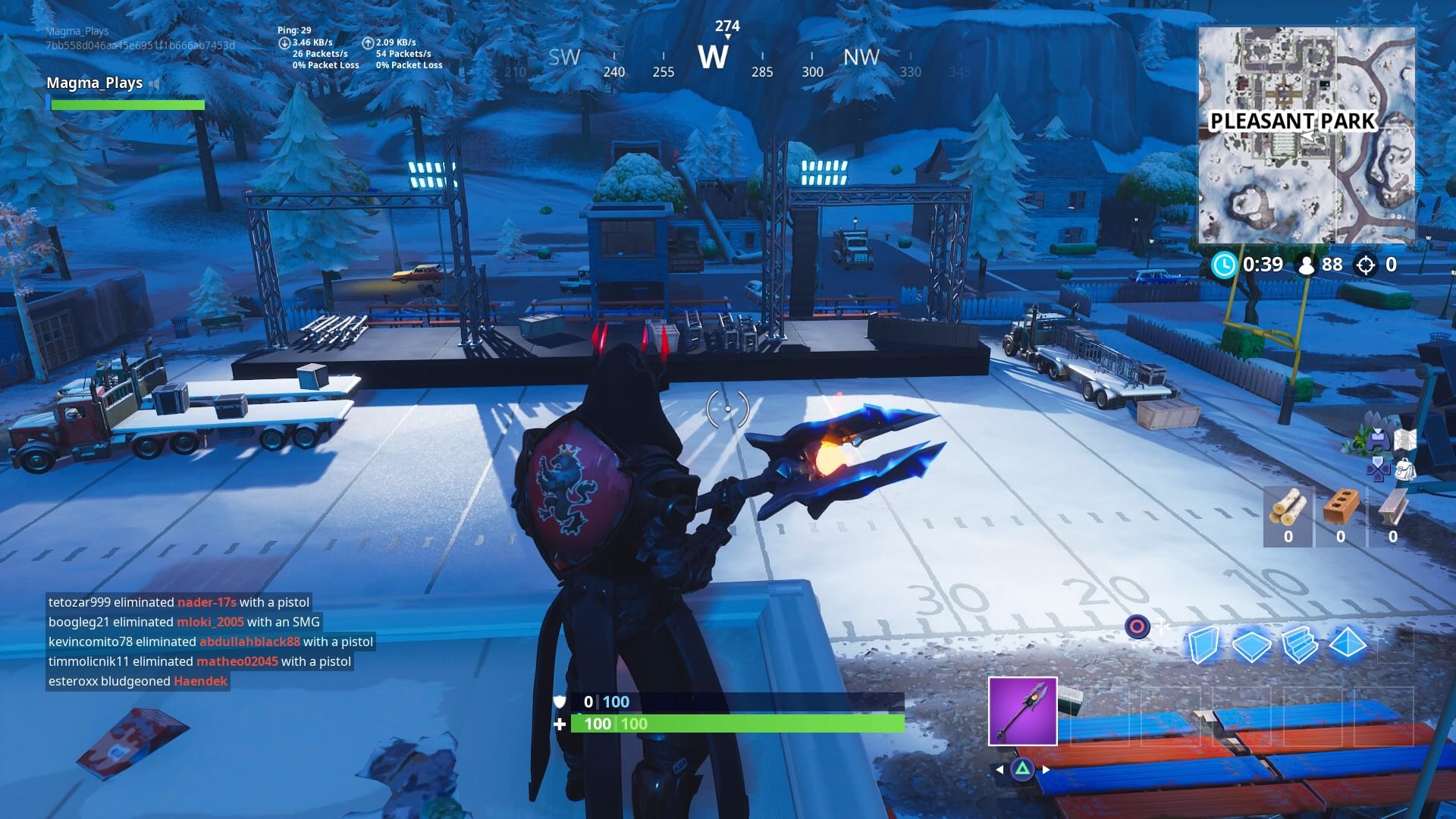 The final piece of the puzzle has been completed by enterprising data miners, who scoured this week's update files and found Marshmello-related skins and emotes, as well as the time and date of the concert. According to the leaks, Epic Games will create a new Limited Time Mode (LTM) called Party at Pleasant Park and will kick things off on Saturday, February 2nd at 2pm ET (7pm UK time).

There will also be a number of Marshmello-related items available inside the actual game. Prominent leaker HypeX has already uncovered a Marshmello skin, a dedicated pickaxe and a handful of dance emotes -- including the energetic "Glowsticks," which can be seen below.

Marshmello is no stranger to Fortnite and has shown himself to be a very capable player. Last year, the DJ teamed up with Twitch superstar Ninja to win the Fortnite Pro-Am at E3, securing a $1 million prize pot in the process.

All products recommended by Engadget are selected by our editorial team, independent of our parent company. Some of our stories include affiliate links. If you buy something through one of these links, we may earn an affiliate commission. All prices are correct at the time of publishing.
View All Comments
'Fortnite' will host a Marshmello concert this weekend