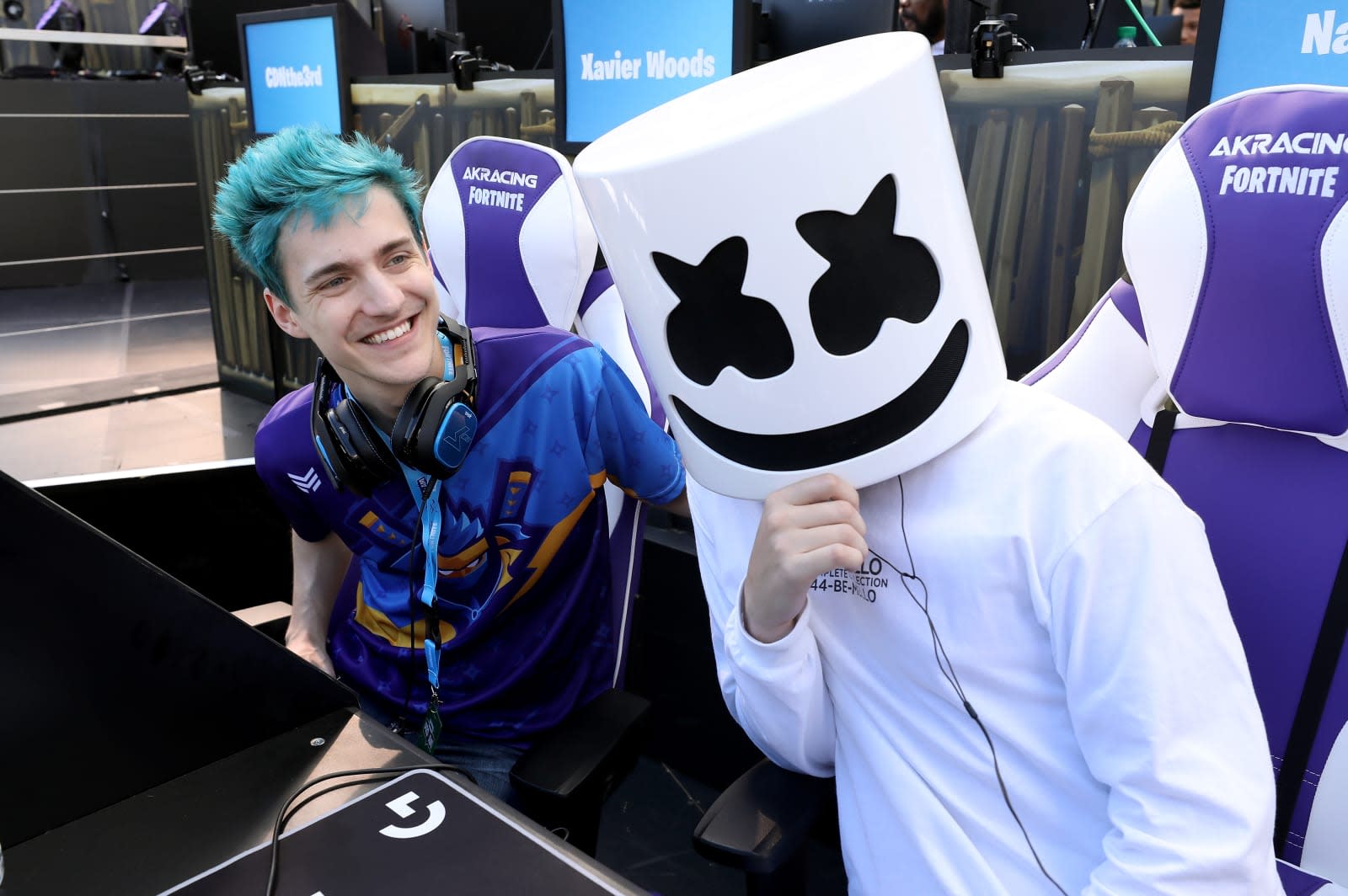 As Fortnite continues to suck in gamers by the millions, Epic Games has worked hard to keep the game fresh and entertaining, whether players are dropping in for the first or thousandth time. But behind the scenes it's also putting the finishing touches on its plans for turning Fortnite into a competitive sport. Last month, it committed more than $100 million into Fortnite tournament prize pools and announced its first official esports event: the Fortnite Pro-Am.

Before now enterprising organizers had hosted their own Fortnite esports tournaments just using the default game. Friday Fortnite, a competition co-hosted by YouTuber Keemstar and UMG Gaming, required pairs to team up as a squad in the same lobby and enter a game. The two duos would then split off, attempting to rack up as many kills as possible. The team with the most kills at the end of the game would win the round (typically a best of three).

The Fortnite Pro-Am, however, wasn't like that at all. All 100 players dropped onto the island to battle against one another, not against a public lobby. It's the first time we've seen the format and Epic's desire to design an ultimate test of skill. With more on the line and a greater sense of danger, players understandably took a more cautious approach, landing in areas that they hoped would be free from other teams (although that wasn't always the case). In later stages, where the more skillful (or elusive) players were left alive, one wrong move could result in death.

While streamers continuously provide a first-person perspective of the action (you see what's on their screen), Epic had the unenviable job of capturing important battles among all 100 players. With competitors dotted across the map, that's almost impossible. It's a problem that isn't unique to Fortnite: When Blizzard debuted the Overwatch League, frantic team fights were hard to capture and streams often missed the deployment of game-changing ultimate abilities. However, the company worked hard to not only focus its coverage but also introduce a real-time replay system that showed important battles the main feed may otherwise have missed.

An excellent example of missing the action is a fight between Ninja and TSM's Myth. While the main feed focused on Loserfruit and Backpack Kid (the very person who inspired the in-game "Floss" dance), Ninja managed to eliminate Myth with a well-placed C4 detonation. The kill feed displayed Myth's death, but viewers didn't know how it had happened, leading Myth to clarify in a tweet:

I know y'all didn't see it but basically what happened was ninja threw c4 and I got gotted.

All in all I had a lovely time and can't wait for the future of comp play. That announcement was bonkers ✊🏽

Make no mistake, the Fortnite esports-viewing platform is off to a solid start. Teams are given various-colored shaders to differentiate them from rival players, and the third-person camera provides excellent viewing angles for intense build battles. Epic has leaned on Fortnite's built-in replay system, clearly displaying player names, their health level and their current choice of weapon.

Epic should also be commended for choosing a Pro-Am tournament to kick off competitive play. It allowed the company to publicly test its esports tools for the first time without there being too much on the line if unexpected issues arose. As you can see from the stream, plenty of celebrities held their own, and it was refreshing to see PlayStation 4 users lining up alongside their PC-playing teammates.

When Ninja and Marshmello emerged victorious and won the Golden Pickaxe, Epic couldn't have asked for better publicity. Millions of young viewers got to see their favorite players deliver on the biggest stage possible.

That opportunity to break into the Fortnite esports scene could come with the launch of the 2018-2019 competitive season. We're still waiting to find out details, including how it'll hand out $100 million in prizes, but we do know that it will culminate with the first Fortnite World Cup.

While a Code of Conduct, platform information and schedule are being worked on, Epic has confirmed that the World Cup will primarily focus on Solo and Duo play. Unlike Blizzard's Overwatch League, competitive Fortnite won't encourage the formation of franchises or sell spots on the roster, for both its own events and third-party tournaments.

With the intention to let others host their own Fortnite events, Epic will likely soon release an official esports platform so players can practice (scrim) in official tournament conditions. The potential is there for streamers and professional gamers to supplement their streaming income via competition prize pools, but it may also provide the springboard for lesser-known Fortnite gods to make it big.

In this article: av, e32018, epic, epicgames, esports, fortnite, gaming, ninja
All products recommended by Engadget are selected by our editorial team, independent of our parent company. Some of our stories include affiliate links. If you buy something through one of these links, we may earn an affiliate commission.