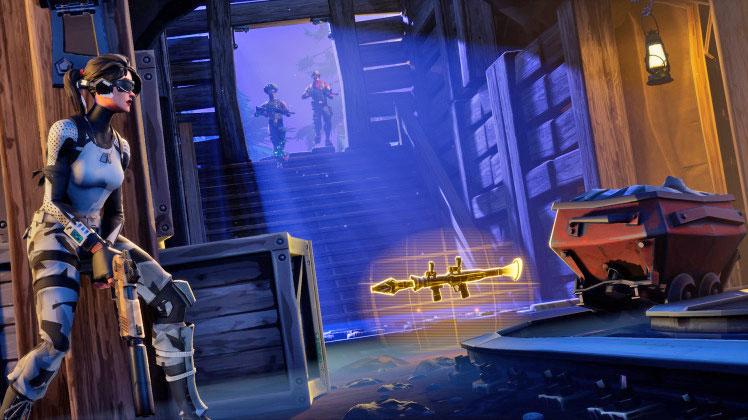 When Epic Games revealed its first, albeit limited-time, Fortnite ranked play mode last week, it promised more details on competitive play would arrive soon. We now know a little more on Fortnite's future in the professional ranks -- Epic is pumping $100 million into tournament prize pools in the game's first year as an eSport.

The official Fortnite competitive scene will kick off this year. Details on how pro play will work are forthcoming, though Epic said in its announcement it is seeking a different approach to eSports: "We plan to be more inclusive, and focused on the joy of playing and watching the game."

Grab your gear, drop in and start training. Epic Games will provide $100,000,000 to fund prize pools for Fortnite competitions.https://t.co/ZcBe9fZD0S

It's possible that professional play will follow a similar system to last weekend's Solo Showdown mode, where players picked up points depending on how highly they placed in 50 games, rather than having to win matches outright. There's a certain amount of luck involved in battle royale games like Fortnite and PlayerUnknown's Battlegrounds, as the weapons and items you collect spawn at random and you might find yourself far away from the active play area as a barrier forces players closer together. Epic will have to mitigate the luck factor as much as possible to ensure player skill is the most important aspect of competitive play.

The prize pool investment far surpasses that of the Overwatch League, Blizzard's most serious effort in making Overwatch a leading eSport. The league is offering $3.5 million in total in its first year; the winning team in each of the four stages claims $100,000, with the overall champion taking away $1 million. Epic's cash injection also eclipses other major eSports, as The Verge pointed out. Dota 2 prizes have totaled more than $140 million over the last five years, and winners in the Counter-Strike: Global Offensive and League of Legends scenes have claimed a little over $50 million in each game.

We've seen scant few major Fortnite eSports events so far, but those that have bubbled up have been successful, which is hardly surprising given the game's immense popularity. Last month, a tournament held by Fortnite's most famous streamer Ninja in Las Vegas claimed more than 600,000 concurrent viewers on Twitch, beating out his own record from the first time he played with Drake.

At the E3 convention next month, there's an official, quasi-pro-am tournament that will pair up celebrities with skilled streamers. It's not clear who, exactly, will be playing, but the celebrity involvement could raise the game's profile even further, and the tournament's format could provide further hints on what lies ahead for Fortnite's pro scene.