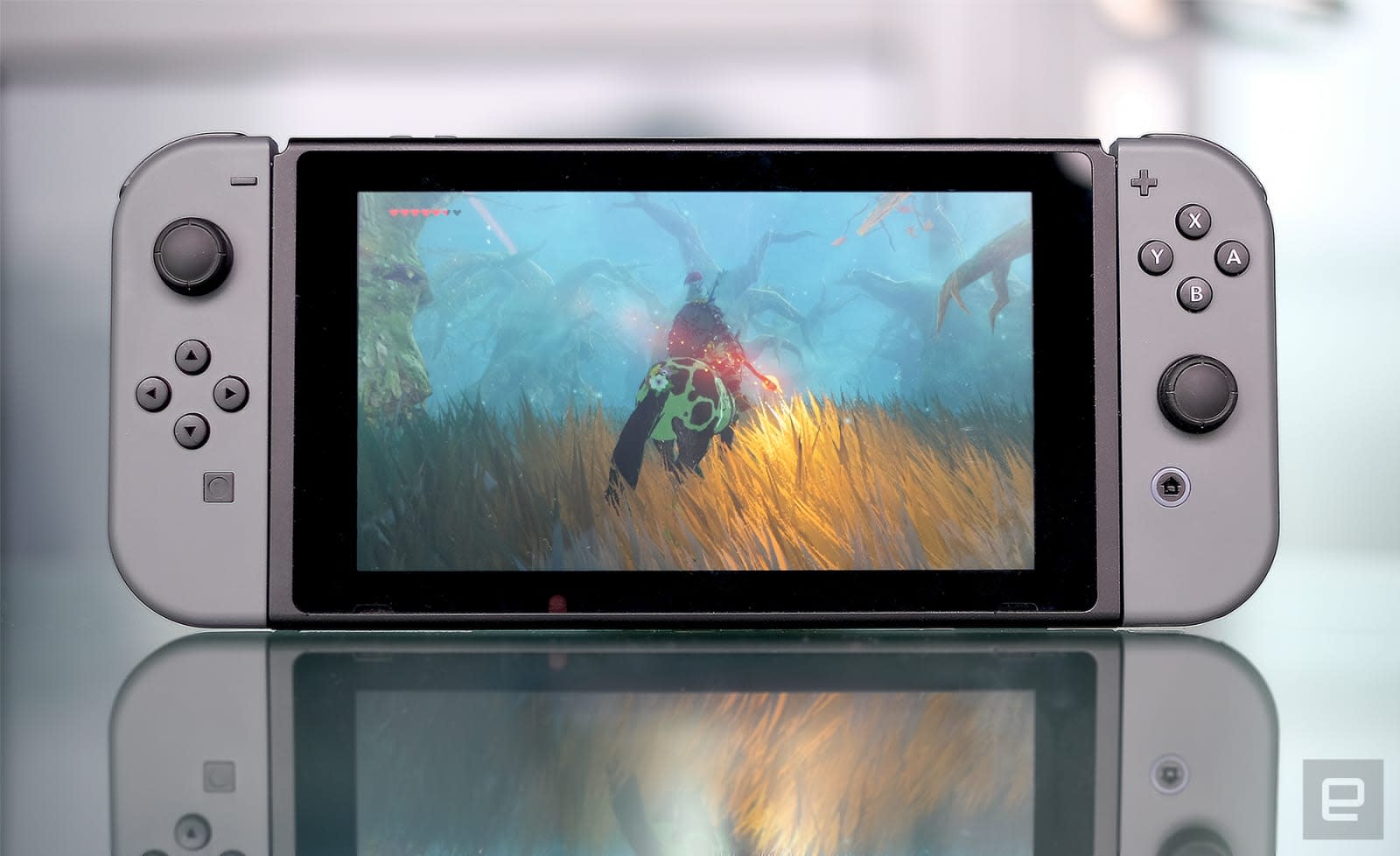 It's no surprise that the Switch has been a huge success for Nintendo. In its earnings report today, the company revealed that it sold over 32 million Switch units, which means it's getting close to dethroning the beloved Nintendo 64. But it also sounds like Nintendo is also planning to change things up a bit this year. According to a Nikkei report, the company is developing a smaller and cheaper version of the Switch focused on portability, and without some of the features in the original console. A rumor in October suggested Nintendo was developing a new Switch, but instead of improving on the existing model, it's just as likely the company is looking for ways to streamline the system.

As Ars Technica speculates, the console's plastic dock could be the first thing to go. It's available separately for $90, and there are also cheaper ways to get your Switch to output to a TV (it's relying on a USB-C connection, after all). Nintendo could conceivably move towards a smaller and cheaper screen, and potentially even make the controller a physical part of the console, instead of the removable Joy-Cons. It also wouldn't be out of character for Nintendo to break existing functionality with a console revamp -- the 2DS was a cheaper spin on the 3DS that was still very playable without 3D.

A cheaper Switch could be exactly what Nintendo needs to increase console sales this year. While the Switch is doing well overall, the company revised its sales projections for its 2018 fiscal year to 17 million, down from 20 million. And a more portable console could also help get the Switch into smaller hands, now that 3DS sales are also slowing down.

In this article: gadgetry, gadgets, gameconsoles, gaming, gear, nintendo, NintendoSwitch, Switch
All products recommended by Engadget are selected by our editorial team, independent of our parent company. Some of our stories include affiliate links. If you buy something through one of these links, we may earn an affiliate commission.