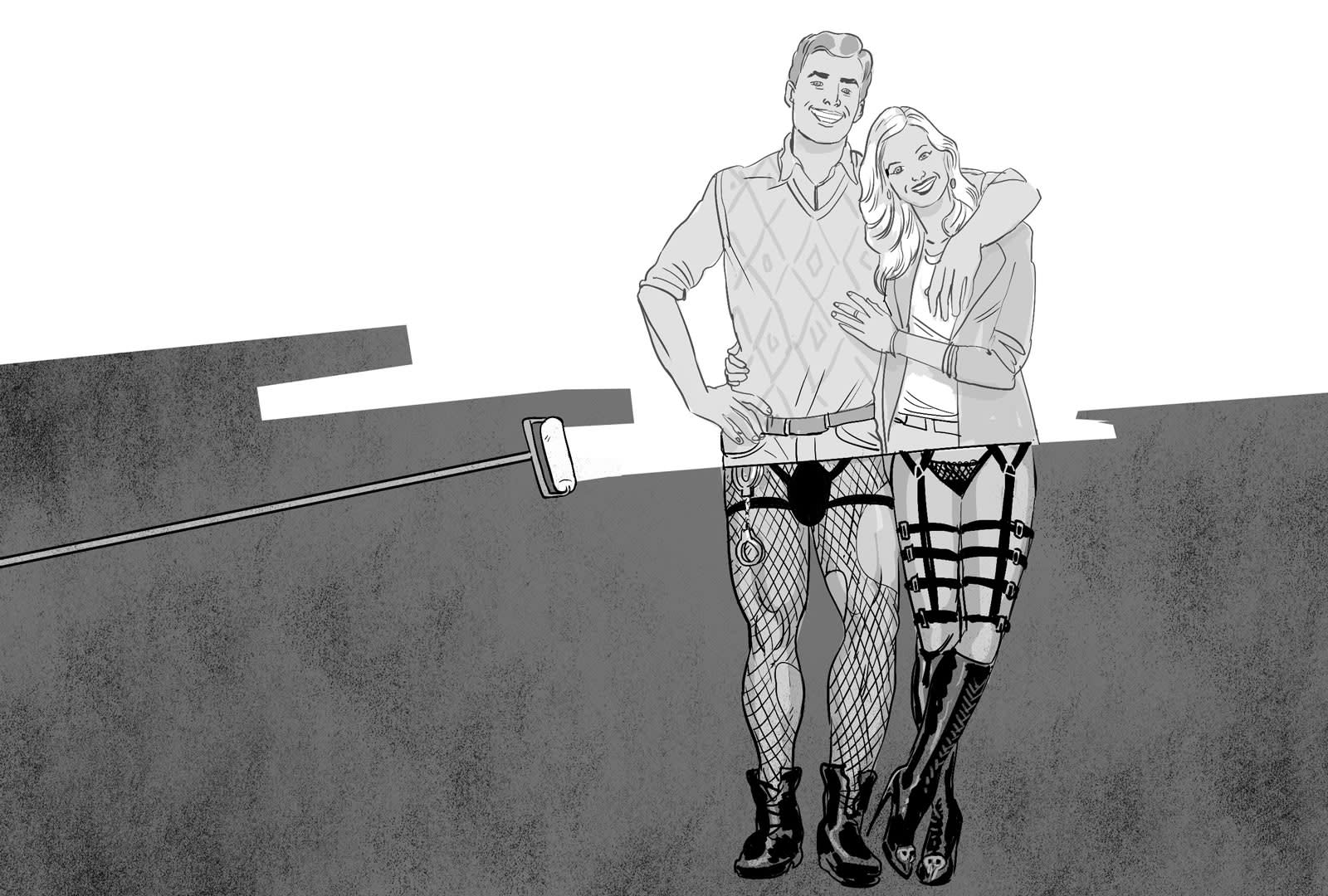 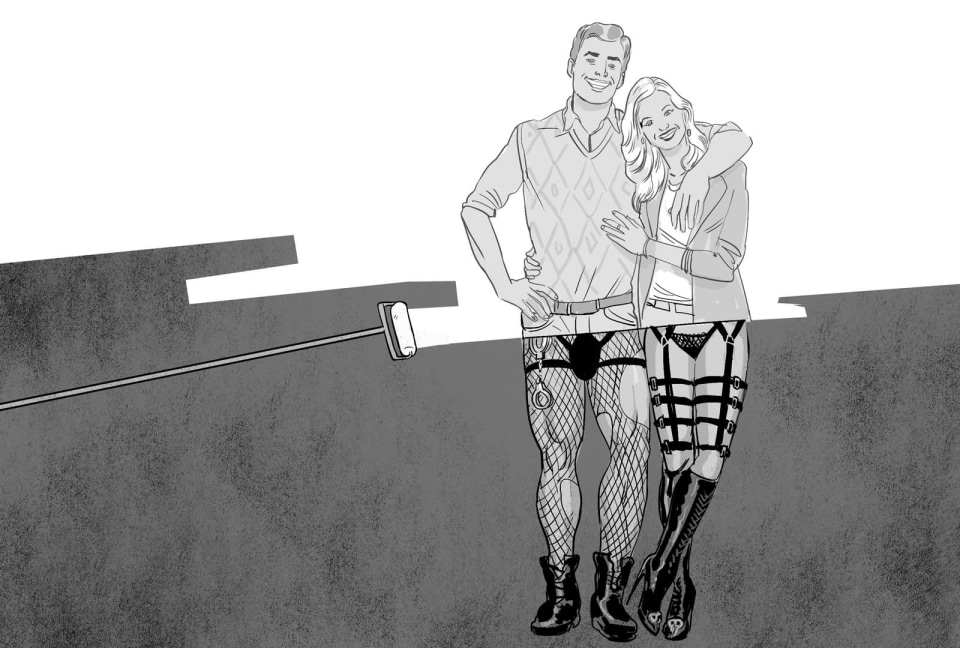 For many, Nerve represented a new era in which we could finally, freely talk about sex, gender, orientation, sex culture -- and exchange ideas. Thanks to Nerve's "literate smut" tagline and ethos, private acts of creation could make tortured people feel valid and whole. People don't make sites like Nerve anymore. No one can.

When was the last time the internet made you feel good? 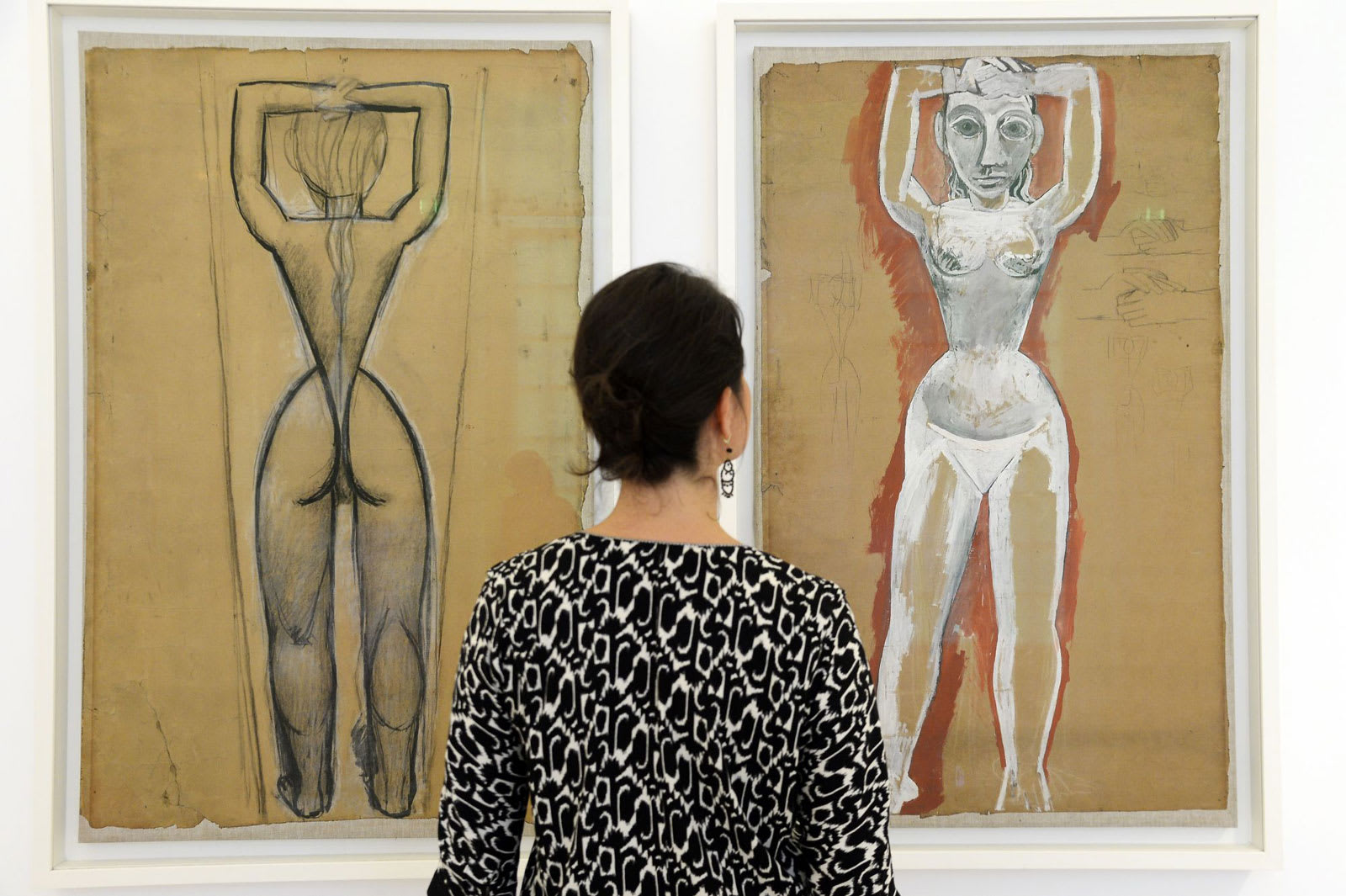 We used to have a living, breathing museum-of-sex culture online. But in December 2018, Tumblr banned and removed adult content from its service. Estimated loss: at least 12.5 million blogs.

When Tumblr erased millions of sex blogs and communities overnight, many lamented that without the website they would've been lost and suicidal trying to figure out their sexuality. When I worked the sex crisis call lines in 2005, before Tumblr, our most common call was from teens in abstinence-only education states who did not know how to prevent sexual disease, infections, injuries or pregnancy — and youth who were terrified they weren't "normal."

The kids we spoke to were afraid and alone. At the call center, we sometimes doubled as a suicide crisis line (the office next to ours was, in fact, the suicide hotline). I can tell you for a fact that Tumblr helped a generation of frightened, isolated kids trying to figure out their sexual identity. Now Tumblr is a sex-free haven for white nationalists and Nazis.

In 1997, Ann Powers wrote an essay called "In Defense of Nasty Art." It took progressives to task for not defending rap music because it was "obscene" and sexually graphic. Powers puts it mildly when she states, "Their apprehension makes the fight to preserve freedom of expression seem hollow." This is an old problem. So it's no surprise that the same websites forbidding, banning, and blocking "sexually suggestive" art content also claim to care about free speech.

When was the last time the internet gave you hope? 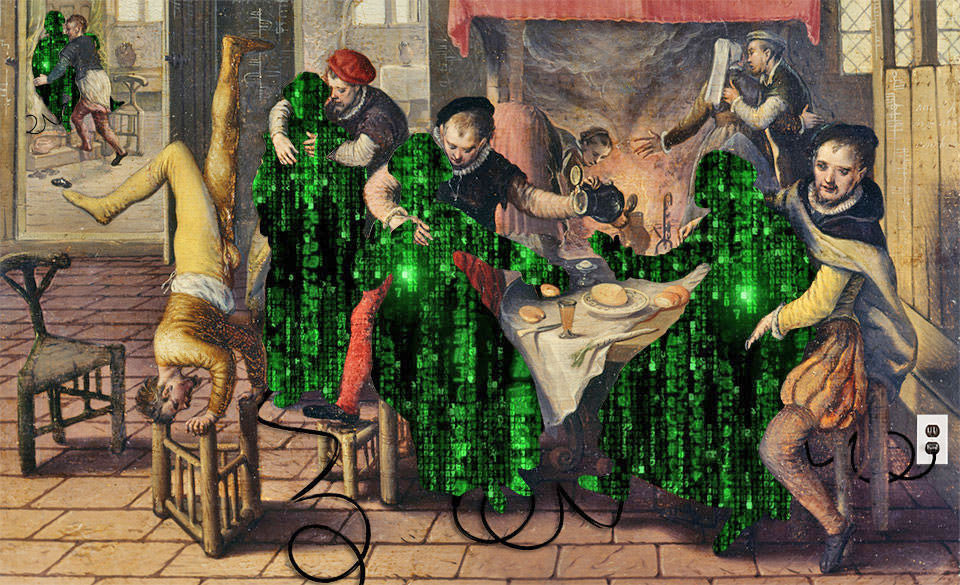 I can feel my anxiety climbing as I look for the voices of adult performers and sex workers online. The silence is so overwhelming it's suffocating. In 2018, an estimated 42 million sex workers worldwide were evicted from the open internet and essentially went into hiding with the passage of FOSTA-SESTA.

The censorship wave was unprecedented in internet history. Twitter, Facebook, and all major web service providers immediately changed their rules to tightly police what was posted and messaged about sexual content, by anyone. Entire online communities were kicked off services like Cloudflare (55,000 users of Switter), and hundreds of thousands were disappeared by the shuttering of safety forums and advertising-screening services. Reddit removed entire communities overnight. Recently, YouTube banned videos where people simply talk to sex workers.

The voices erased are the voices of women. Of gay and straight men, transgender people, the voices of people of color. These populations make up the majority of sex workers. So in America, FOSTA is analogous to how the World Health Organization is categorized as "pornography" in web filters used in Kuwait and the UAE.

The law legalized sex censorship online. FOSTA was pushed by Sheryl Sandberg and Facebook — who used their support of FOSTA to appease Sen. John Thune (R-South Dakota). Thune pushes the false narrative that Facebook censors conservatives and previously said he wanted to regulate the company. FOSTA falsely states that consensual adult sex work is the same as sex trafficking, and was opposed by the Department of Justice, the ACLU, the EFF, numerous online free-speech organizations and actual sex-trafficking organizations.

FOSTA claimed to stop sex trafficking and has utterly backfired. San Francisco just released its 2018 crime statistics. The only violent crime that increased in San Francisco in 2018 was "human trafficking" — up by an astonishing 170%. These are not sex-worker arrests, which fall under a "vice" subcategory.

Before FOSTA, the voices of sex workers were readily available. Anyone could ask sex workers who they are, why they make the choices they do and what actual sex workers think about doing sex work.

Now all the women (and LGBTQ, PoC) who could speak truth to any of this have been driven underground, silenced by algorithms, bans, and FOSTA-empowered 4chan troll brigades.

When was the last time you felt free on the internet? 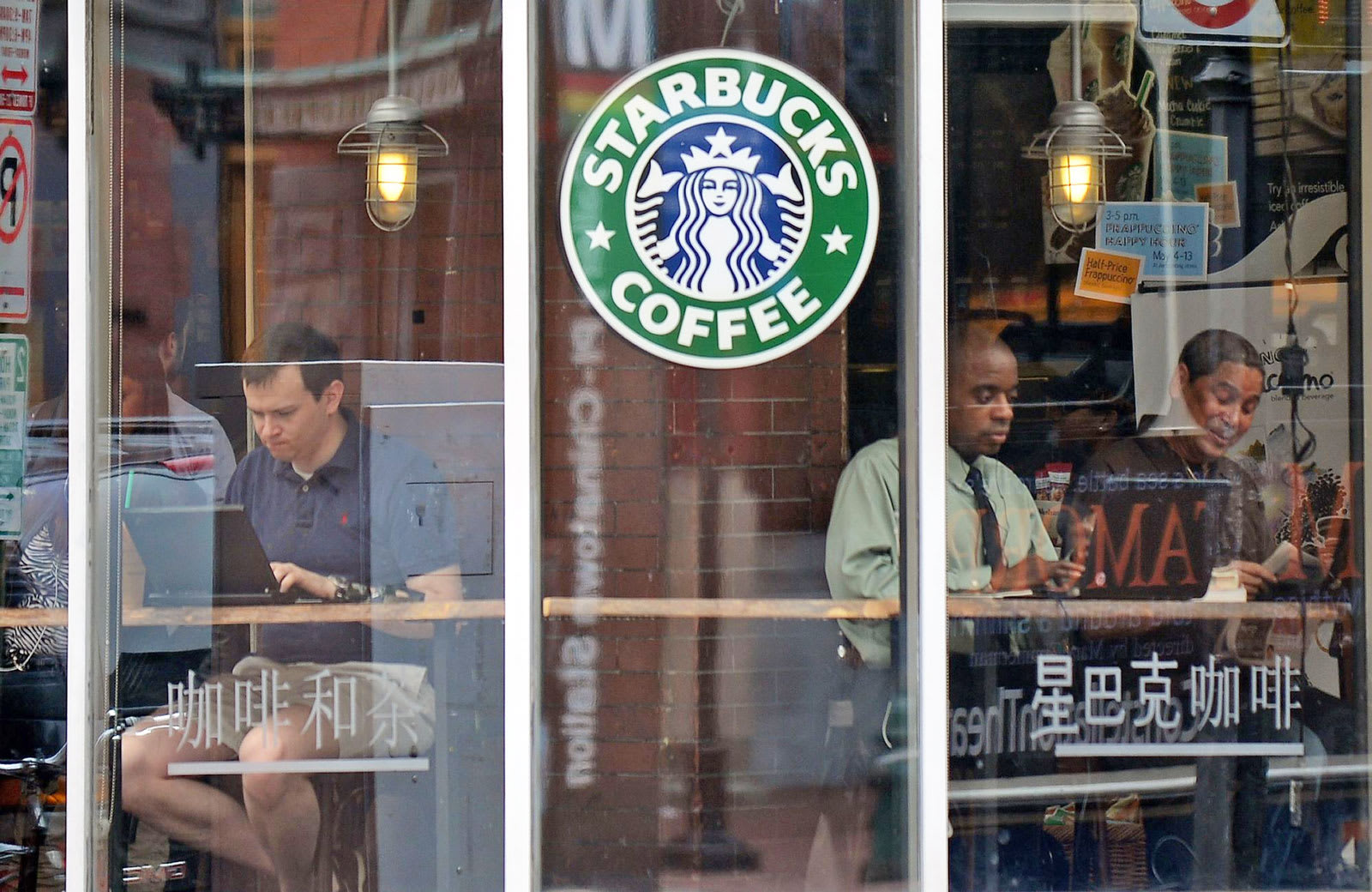 Facebook recently banned sexual slang; YouTube bans users for sex ed or LGBTQ content because it might be about sex; Twitter has a mysterious sex-shadowban that no one can get a straight answer on. Tumblr can't tell a potato from a boob. Guides on sexual self-censoring are popular — and necessary. Google Drive scans your files and deletes what it believes to be explicit content. Apple just straight-up hates sex.

It's critical at this harrowing juncture to understand that apps won, and the open internet lost. In 2013, most users accessing the internet went to mobile and stayed that way. People don't actually browse the internet anymore, and we are in a free-speech nightmare.

Because of Steve Jobs, adult and sex apps are super-banned from Apple's conservative walled garden. This, combined with Google's censorious push to purge its Play Store of sex has quietly, insidiously formed a censored duopoly controlled by two companies that make Morality in Media very, very happy. Facebook, even though technically a darknet, rounded it out. 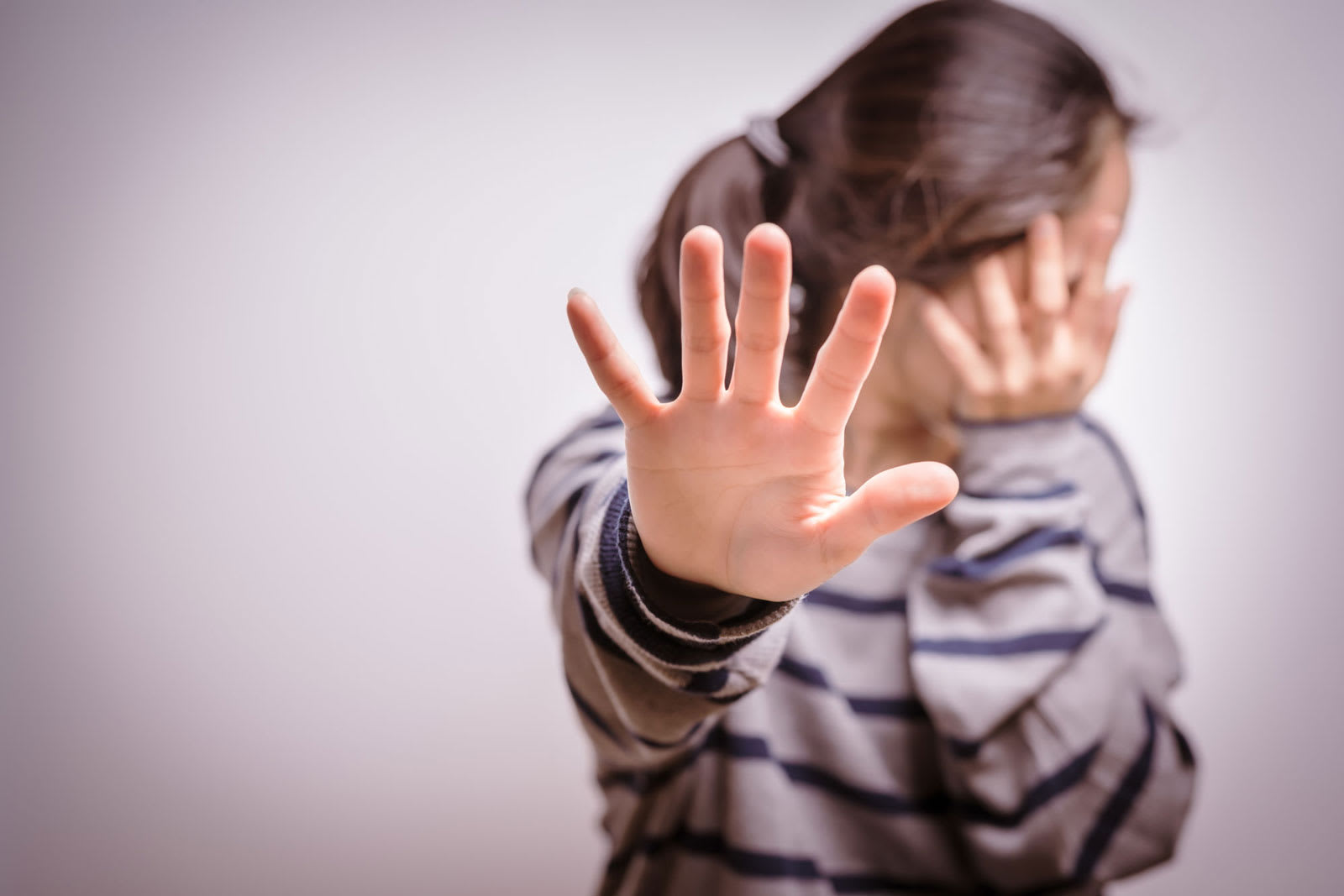 We are on the other side now. Like everyone I know, my anxiety climbs as I open any new browser window, check any app or news site. As corporations have scuttled the weird and the wonderful, the taboo voices and forbidden artwork, we wonder only ... what hate will we see today? What attacks await, now that the common rooms and public squares are the playgrounds of racist and anti-sex algorithms, of incels and Nazis, of advertisers and corporations ruling platforms with the iron fist of dated conservative values.

Because it is women, people of color, LGBTQ communities, writers and artists who compose the majority population of sex communities, it is everyone who pays the price. It is a curtailing of our freedoms, period.

They'll pay with a little piece of their soul when a young intersex girl can't find a healthy representation of pleasurable sexuality for her own body and decides that suicide is better than her oppressor's moralistic illusion of isolation. The ignorance behind the war on sex raged by the Facebooks, the Apples, the Googles, the advertisers, the algorithms, is not only dated, but dangerous. As women fight for control of our reproductive organs, as trans people fight for the right to use a bathroom, the trolls have convinced the gatekeepers that sex must be silent, and 4chan — acting on the urges of right-wing populists — deserves a voice.

I don't know what would've happened if the internet could've been allowed to continue without the war on sex. But I know it wouldn't be the terrible place of anxiety and fear we're in now.

In this article: badpassword, business, censorship, Cloudflare, column, conservative, EFF, entertainment, Facebook, FOSTA-SESTA, gear, Google, internet, lgbtq, moralityinmedia, opinion, personal computing, personalcomputing, politics, services, sex, tumblr, twitter
All products recommended by Engadget are selected by our editorial team, independent of our parent company. Some of our stories include affiliate links. If you buy something through one of these links, we may earn an affiliate commission.