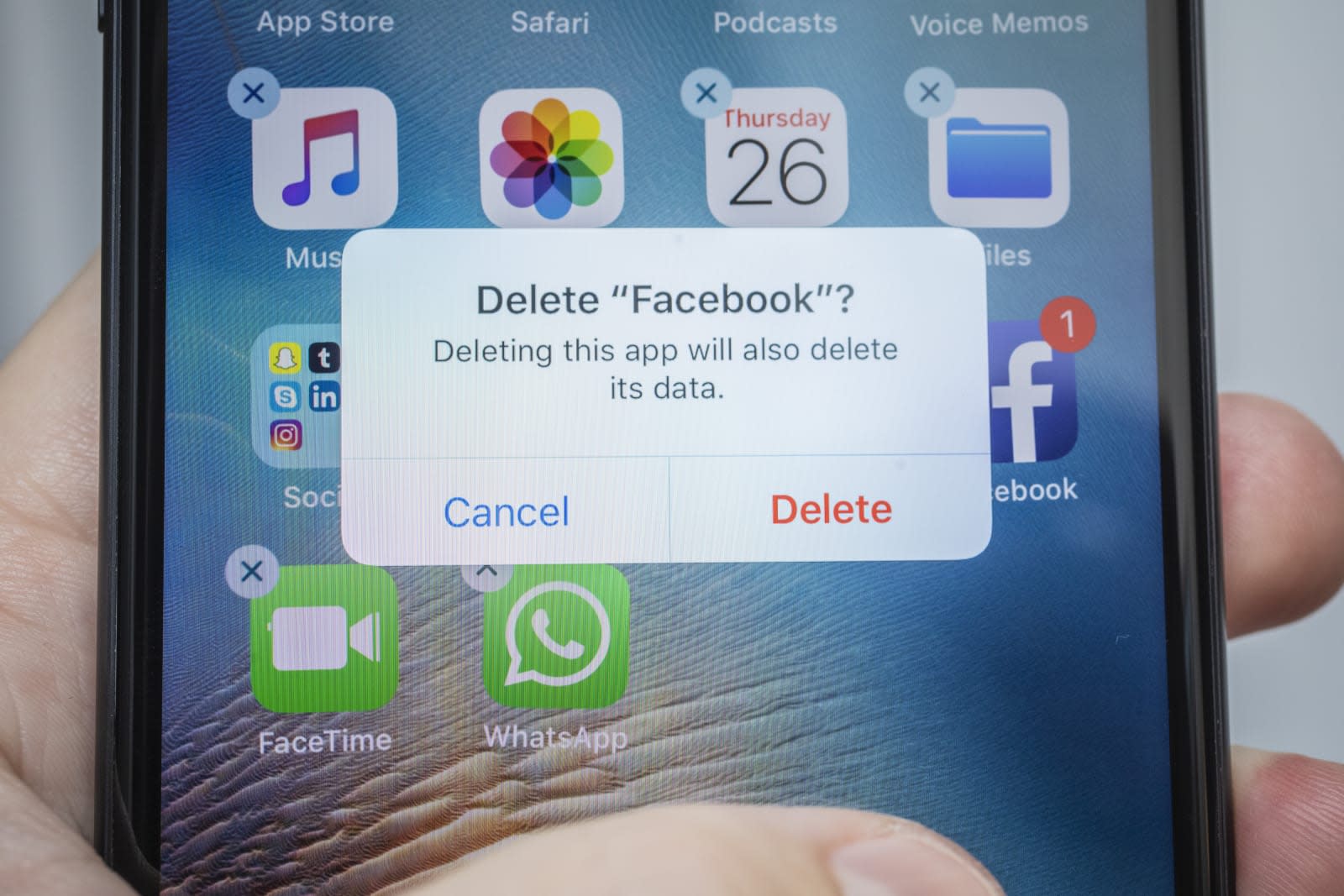 You've no doubt heard anecdotal evidence of Facebook users feeling better after they've quit the social network, but how often does that help, really? A fair amount, according to researchers. A study (PDF) from New York University and Stanford showed that Facebook users were happier, more satisfied with life and slightly less likely to feel anxious, depressed or lonely. They also used other social networks less, and used Facebook less when they came back.

Those who were off Facebook found a number of things to do in its place, including meeting friends and family or watching TV. They didn't spend as much time consuming news, though.

This doesn't necessarily mean that you should rush to delete your account -- as TechCrunch observed, there are some factors to consider. This is self-reported data, so there's a chance this doesn't represent the subjects' complete emotional landscape. It's unclear what would happen if the break were longer, for that matter. Also, the researchers conducted this study ahead of the 2016 US presidential election, right when political tensions were high. It might have been more enjoyable to leave Facebook simply because it helped users avoid heated debates and rhetoric.

With that said, the findings lend credence to claims that taking a break might help. While it's still not clear how social networks affect mental health, there are indications of potential problems. Between the fierce political discussions and cherry-picked moments, you're not really getting a full picture of other people's lives -- that might skew your feelings in unexpected ways.

In this article: facebook, gear, happiness, internet, NewYorkUniversity, psychology, science, socialnetwork, socialnetworking, stanford
All products recommended by Engadget are selected by our editorial team, independent of our parent company. Some of our stories include affiliate links. If you buy something through one of these links, we may earn an affiliate commission.