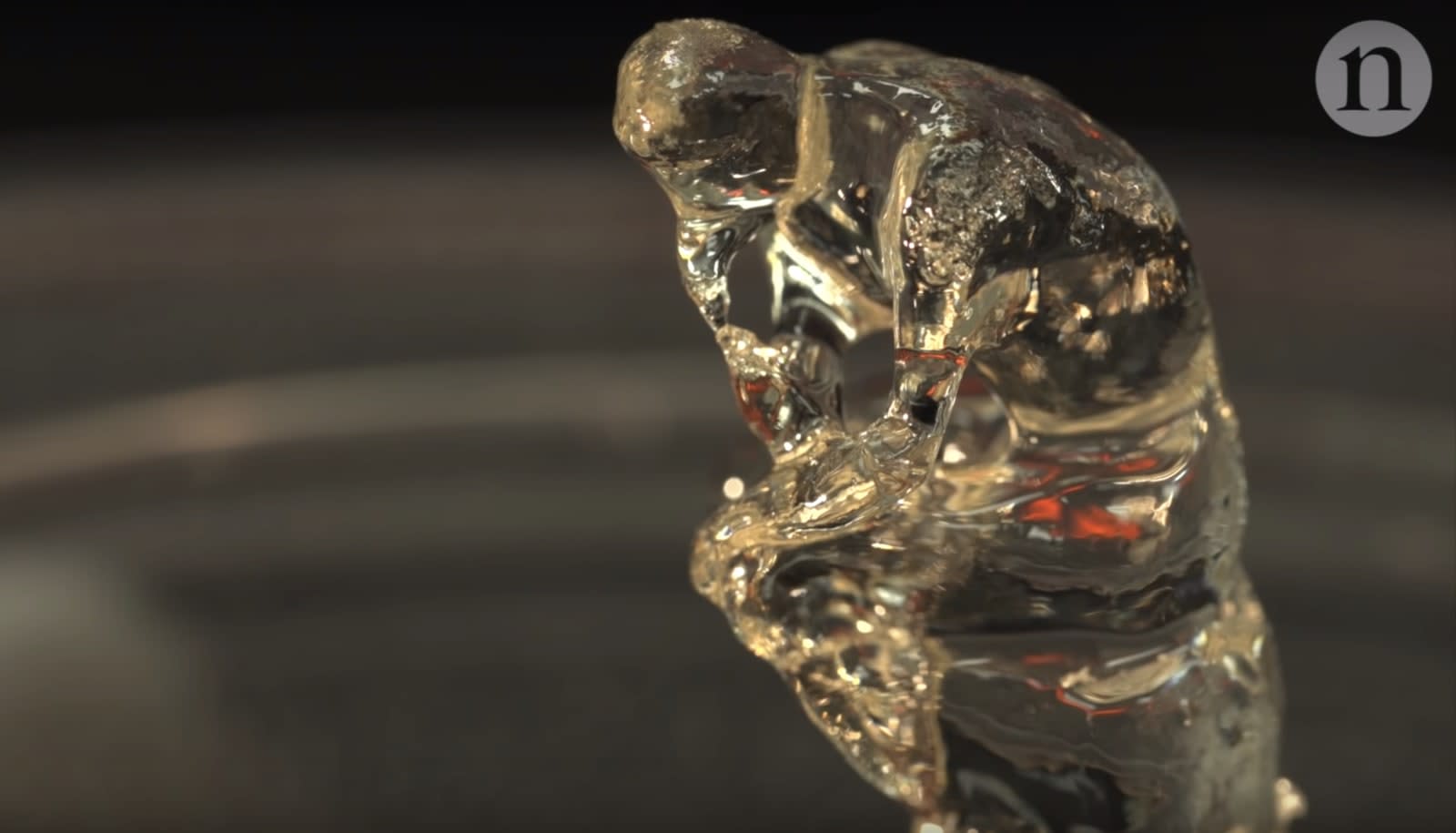 A team of researchers from the University of California at Berkeley have unveiled a 3D printer that uses light to create an entire object at once. It's called the Replicator, named after the machines in the Star Trek universe that can synthesize food, water, air and various objects seemingly out of nothing. Before you get too excited, the researchers didn't quite create an exact replica of that fictional machine, but it still offers a new and promising 3D printing technique.

According to the team's paper published in Science, the Replicator works like a reverse CT scan. When a patient undergoes the procedure, an X-ray tube rotates around their body to take multiple photos that a computer can use to create 3D images. The Replicator, on the other hand, starts with a 3D model, which is then uploaded to a computer to help the researchers come up with 2D photos of it from every angle. Those 2D images are then fed to a slide projector used to cast images onto a cylinder filled with a synthetic resin called acrylate.

The machine rotates the cylinder to correspond with the angle of the image projected onto it, and the resin solidifies when it absorbs enough photons to create the final product. Since the process doesn't print objects by depositing material layer by layer, the result is an object with a surface smoother than what usual 3D printers can achieve. The current version of the Replicator can only create centimeter-sized objects -- they even tested it by printing out a tiny version of The Thinker within a couple of minutes. In the future, though, the researchers believe it could be used to create bespoke medical components and to encase existing objects in resin.

Update 2/1/2019 2:19PM ET: This post has been updated to clarify this project is from the University of California at Berkeley.

In this article: 3dprinting, gadgetry, gadgets, thereplicator, tomorrow
All products recommended by Engadget are selected by our editorial team, independent of our parent company. Some of our stories include affiliate links. If you buy something through one of these links, we may earn an affiliate commission.