The store is in Atlanta and will be open through the end of March.

With Super Bowl 53 getting ready to kick off in Atlanta, brands are seeing dollar signs. And you know Nike, given its status as a sportswear giant, has to go all out for the event. That's why the company opened a pop-up shop in Atlanta, designed to cater exclusively to users of its SNKRS app. The temporary store, which will be open through the end of March, is the sportswear giant's latest effort to seamlessly merge its digital and physical shopping experiences.

In December, Nike opened a new flagship store in New York City called House of Innovation 000, a 68,000-square-foot, six-story space that encourages consumers to use an app to do things like self-checkout and search for product availability. At SNKRS Atlanta, Nike is taking a different approach, but the goal is ultimately the same: to get people to spend money on shoes and apparel.

Inside the pop-up store, people can pick up pairs that Nike launches with its Shock Drop feature on SNKRS. For these random releases, Nike uses geofencing tech to send anyone within a 25-mile radius of downtown Atlanta a push notification, which then offers them the chance to buy limited-edition models -- like the Air Force 1 "PlayStation." In addition, Nike's using similar location-based tools to allow anyone in the store to unlock access to different sneakers during their visit. 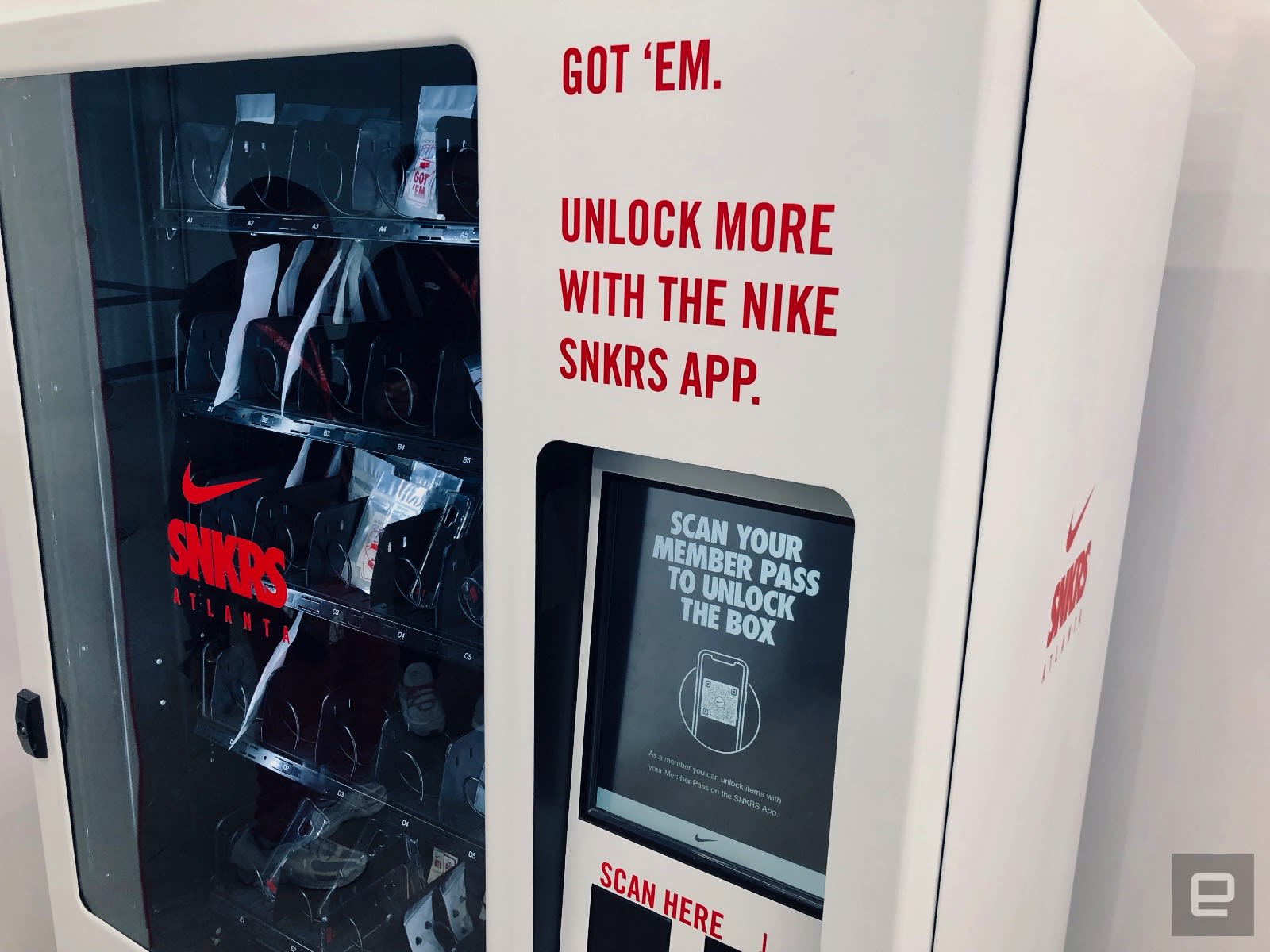 Nike is also selling SNKRS merchandise at its pop-up, including T-shirts and hoodies. And as a bonus, the company has a vending machine that serves SNKRS- and Atlanta-themed swag for free, such as stickers, pins and smartphone cases. To do that, you just have to scan your Nike+ Pass, a QR code that can be found in the profile section of your SNKRS app.

As someone who's into sneakers -- way too much, some would say -- what I appreciate the most is that Nike says stock at its pop-up store will be changing constantly over the next few weeks. This means people who live in the Atlanta area can get lucky with sneakers that are now sold out everywhere, and that's a great way to avoid paying ridiculous resell prices online. That's assuming they're quick to buy whatever Shock Drops happen in the app, of course, because some shoes will sell out in seconds.

Now I just hope Nike takes its SNKRS pop-up to more places across the US, since this type of experience is usually reserved for big cities such as Los Angeles or New York City. With the Super Bowl happening in Atlanta this year, the company just happened to find the perfect excuse to get people hyped for its SNKRS app and, most importantly, all the highly coveted kicks that come with it.