The “House of Innovation 000” was designed for the smartphone generation.

New York City's 5th Avenue shopping district is home to iconic brands like Tiffany & Co., Gucci, Versace and Adidas, but for the past few months a big member of that list has been missing: Nike. The company closed its flagship NikeTown store at the end of 2017, reportedly in part because it didn't want to be a tenant of the Trump Organization. But Nike never planned to leave 5th Avenue for good, and now it's back with a 68,000-square-foot, six-story space called the "House of Innovation 000." The store, which opened today, was designed with the Nike app in mind -- in what the company is calling a blueprint for its future retail locations.

Since the 2016 opening of its first tech-laden store in New York's SoHo neighborhood, and others like Nike by Melrose in Los Angeles, the company has moved toward incorporating digital elements into every facet of the retail experience. It wants your smartphone and the Nike app, which is available for iOS and Android, to be just as useful as cash registers have traditionally been. As part of that strategy, Nike's House of Innovation will include features like Instant Checkout, Shop the Look and Scan to Try, all powered by the Nike application. 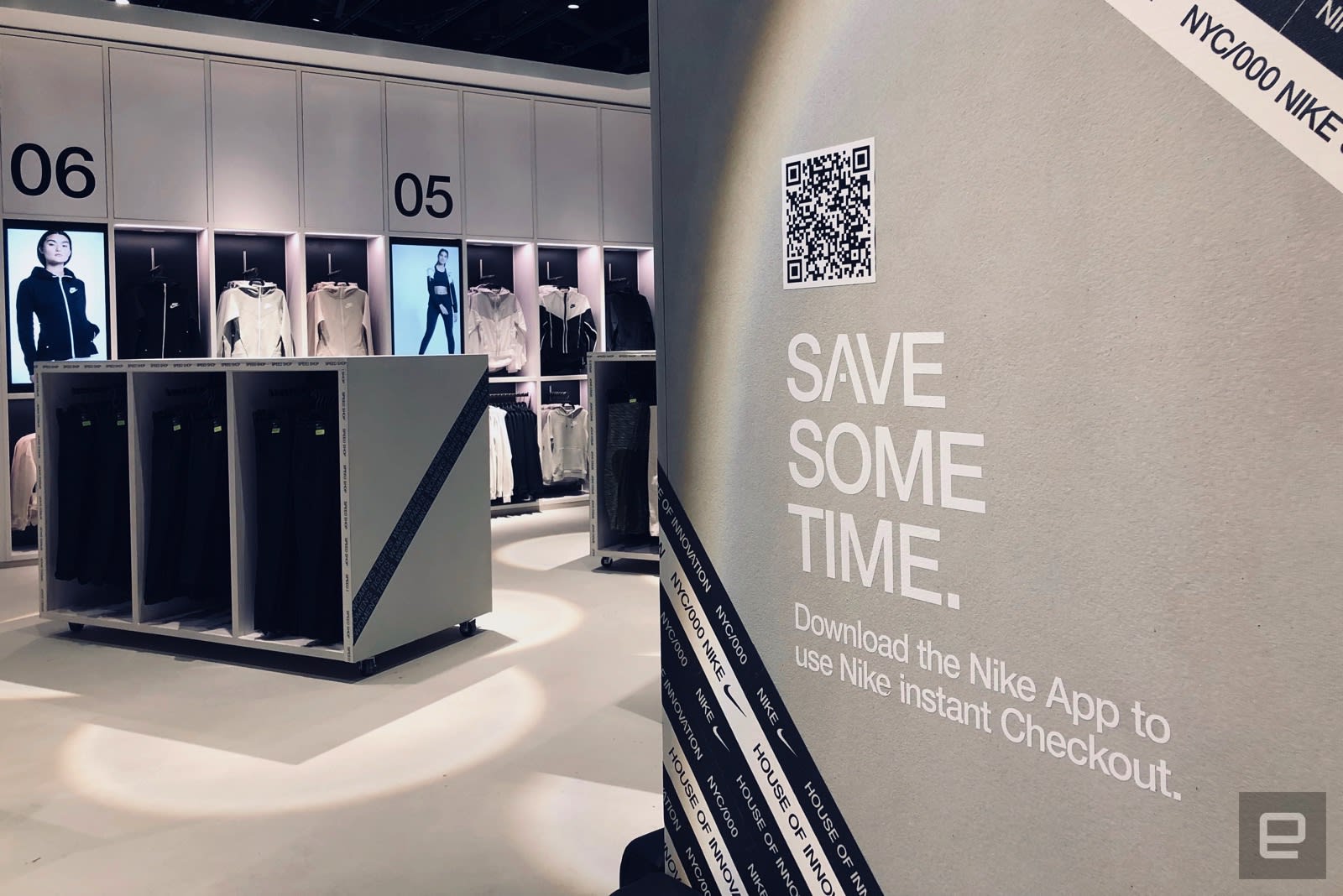 Instant Checkout is self explanatory: You pick an item from the store, scan it with the Nike app and pay for it with your saved credit card. (The app also supports payment services like Apple Pay and PayPal.) The goal with this, naturally, is to let customers walk in and out without ever having to interact with any store associates. However, Nike says some customers still haven't gotten used to this process -- they feel as if someone is going to think they're stealing -- so it's providing kiosks that allow shoppers take off the hangers and bag their own items. Of course, the concept of Instant Checkout isn't novel, but outside of Apple there aren't many other companies doing it on the large scale Nike is planning.

With Shop the Look, meanwhile, customers can go up to a mannequin and use the Nike app to scan a QR code that'll bring up its entire outfit. From there, they can decide whether they want to buy any of the pieces the mannequin is wearing and, if so, select a size and order them to be sent to a fitting room. When that's ready, shoppers get a push notification telling them to head to a nearby fitting room, where there will be a sign with their name on it and the items waiting inside.

The final feature, Scan to Try, is similar to Shop the Look, except here the items you order from the app go to an area of the store dubbed "Nike Pickup." The ideas is that instead of hunting down an associate, I can just pull out the Nike app, scan the barcode on a shoe I want, get my size and, boom, have it brought to me without any hassle. After that, I can head to a fitting room myself or checkout with the app. That's much better than trying to lock eyes with an employee in hopes they figure out you're in need of assistance. 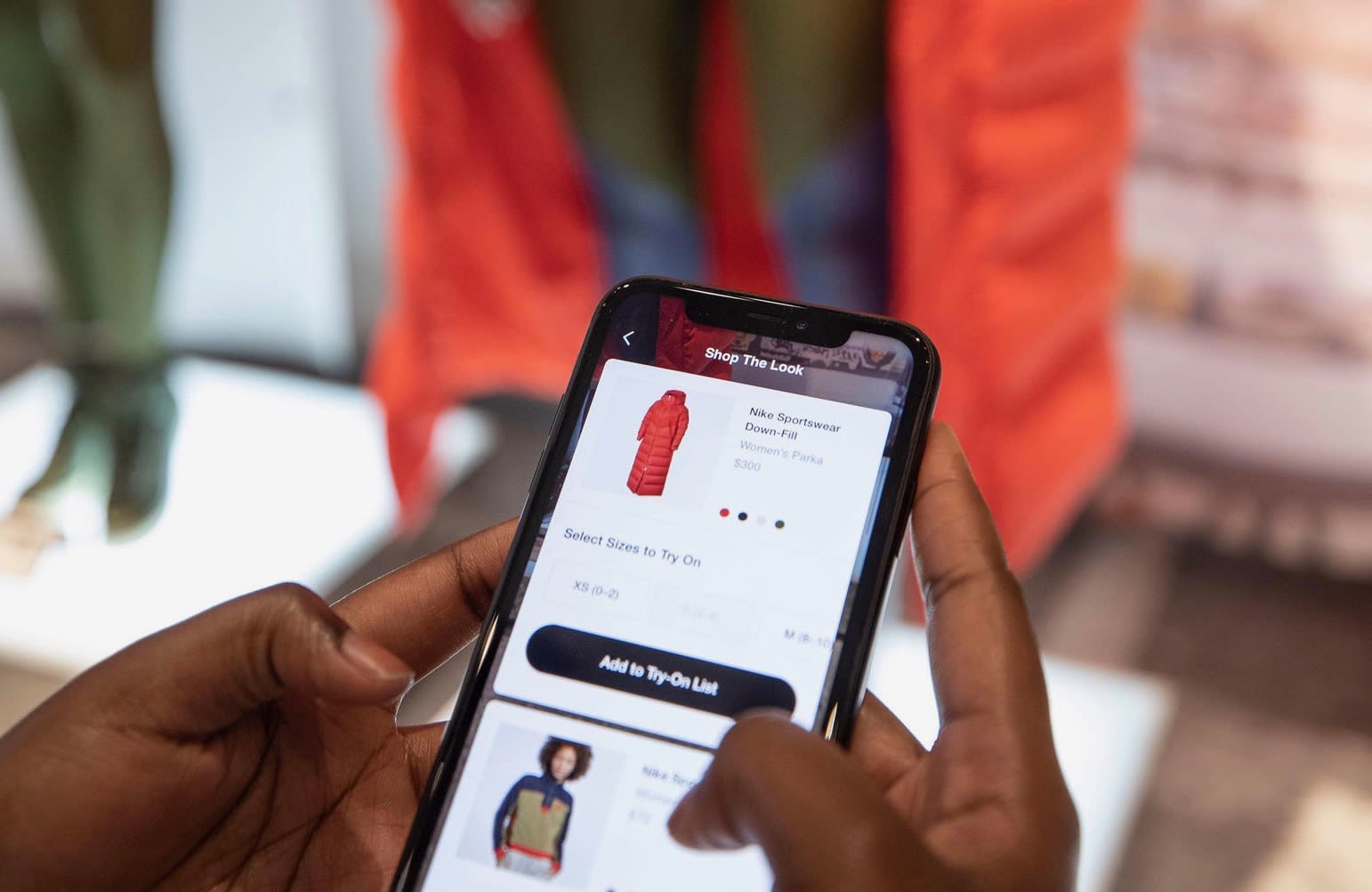 Sean Madden, senior director of service and experiences for Nike's direct-to-consumer division, said one of the biggest challenges with making such a connected store was figuring out the back-of-the-house logistics. With a feature such as Shop the Look, Nike has to ensure that items are easily accessible to its staff. The entire experience needs to feel quick and seamless for customers, especially in a fast-paced market like New York City, otherwise it'll defeat the purpose of the store's integration with the app. "It's been hand-in-hand," he said. "The store has been designed with the understanding that the app will be a big part of it. It is in the DNA of this building [and] more features will come over time."

There's more to the House of Innovation than the app, though. The first floor of the store, for instance, is entirely modular. The tile and wall screens that were there when I visited could easily be removed and replaced by something else entirely. Let's say Nike is launching a basketball sneaker, the company can cover that floor with hardwood and hoops. Then you have the Speed Shop, which Nike stocks based on e-commerce data that lets it know what products in the area sell well. It also has a designated space for pick-up lockers, which customers can use when they place an order on the Nike app and want to pick up the product on the same day. 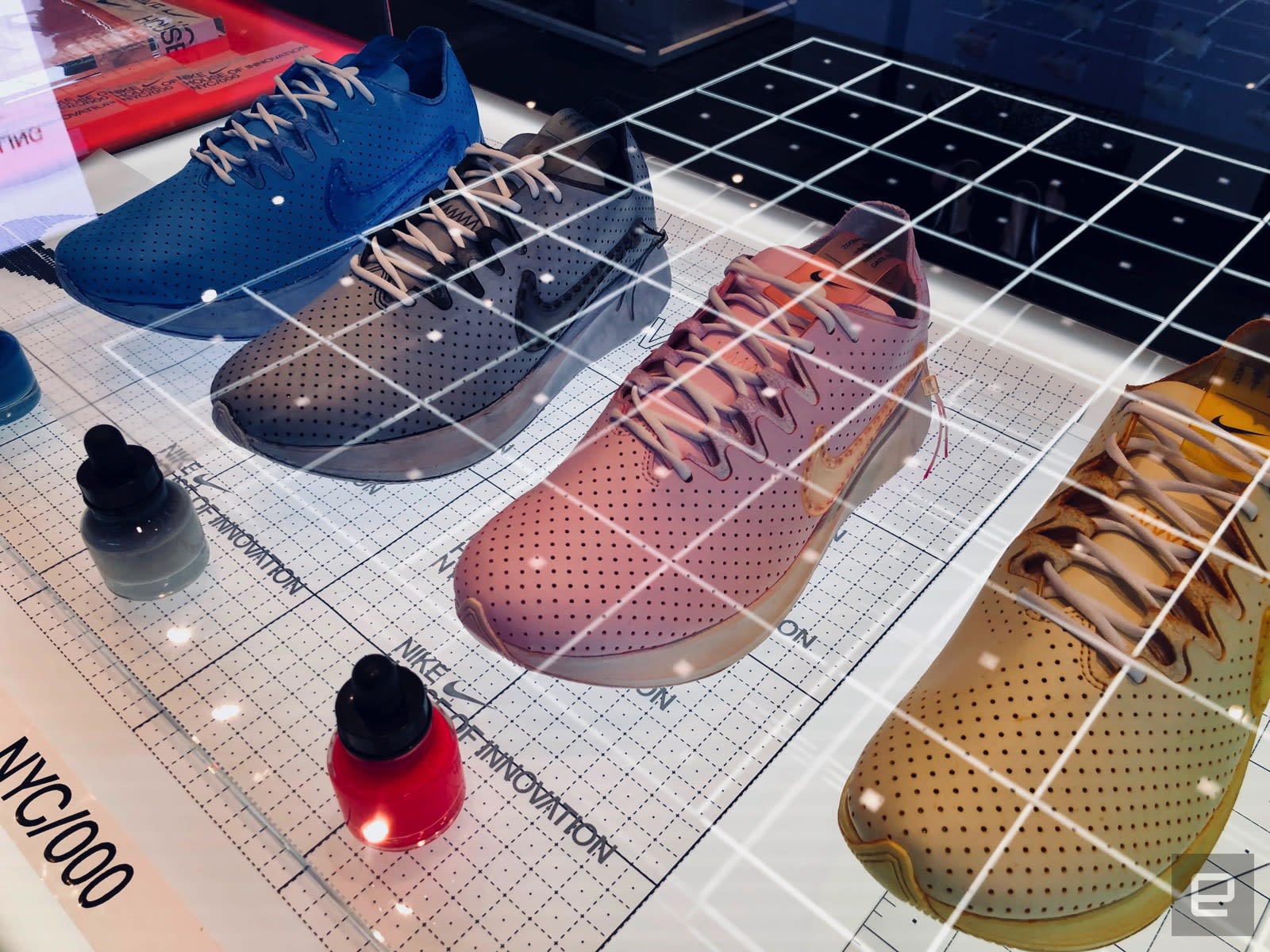 If you want to get some DIY going, you can visit the Nike By You booth. This is akin to the experience where Nike let me customize my own sneaker and have it made in less than an hour. You can work with in-house designers and pick up your creations anywhere from two to seven days later. Madden says all of this is part of Nike having to adapt to the consumer, from a product standpoint all the way to how it designs its stores.

For Nike, the key is to make shopping enjoyable for every customer, whether they want to be at the store for a couple hours or five minutes. It has to adapt to all different types of shoppers. "We're competing for entertainment," Madden said. "Consumers get bored, and this is the most responsive and personal store we've ever built."

At a time when many brick-and-mortar stores are struggling, Nike's House of Innovation is the perfect example that not everyone is ready to give up on retail just yet -- and tech is at the heart of the effort to stay relevant.

/12
All products recommended by Engadget are selected by our editorial team, independent of our parent company. Some of our stories include affiliate links. If you buy something through one of these links, we may earn an affiliate commission. All prices are correct at the time of publishing.