The Off-White "Queen" sold out in seconds, before iPhone users even had a chance.

Nike introduced its shoe-selling app SNKRS in 2016, but it wasn't until nearly a year later that it rolled out an Android version. Even today, some of the app's best features (like a way to buy sneakers using augmented reality) are exclusive to iOS. Which, as you can imagine, causes frustration among Android users. But, today, the tables were flipped, even if it may not have been intentional. During Thursday's surprise launch of Nike's "Queen" Blazer Mid, a collaboration with streetwear designer Virgil Abloh, his brand Off-White and tennis superstar Serena Williams, SNKRS users on Android were able to get access to the pair before their iOS counterparts. And, as you might expect, hypebeasts with an iPhone were not happy.

Nike dropped this limited-edition shoe using its Behind the Design "scratch" feature, which prompts users to virtually scratch an image to unlock and buy the shoe. As is typically the case with these highly coveted Nike collaborations, the "Queen" Blazer Mid sold out in seconds, with Android users taking basically all the stock. At first, it seemed as if Nike had made the shoes available exclusively on Android, but later it was discovered that iPhone users also had access to the "scratch" release -- they just had to log out and back in to the app. Nike is mum on whether this was by design, or if its SNKRS app for iOS just completely dropped the ball. 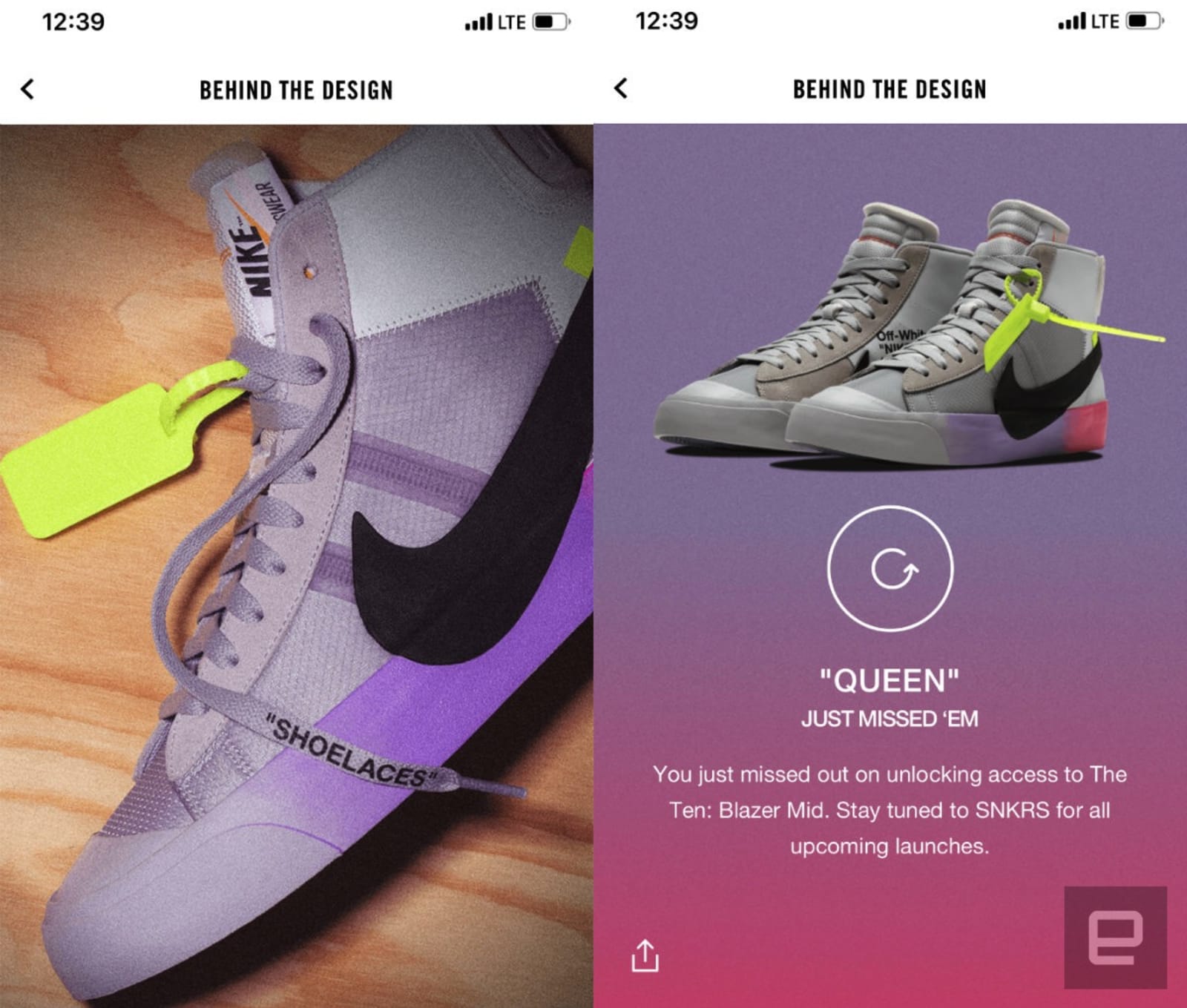 Either way, the Android crowd who wanted the sneakers and managed to get them was over the moon. Meanwhile, iPhone users took to Twitter to express their frustration by engaging in an age old tradition: making fun of Android owners for not having, well, an iPhone. (Not everyone takes defeat kindly.) And when you think about the fact these $130 shoes sell for around $1,000 on resale apps, you can see why those with an iPhone were so bitter about their loss.

Nike, for its part, is probably laughing at how silly the entire situation is.

Sell your Serena Blazers and buy an iPhone

Android homie got excited, dropped his phone and his battery fell out

Now these andriod ppl got enough money for an iphone

Go use that resell money to upgrade your potato phone

I'd rather have an iPhone and take the L

But your phone still gets viruses.

Nike prob feels bad for everyone that has an android

Get and iPhone so IF you ever cop it won't look like this pic.twitter.com/xgVxKoltbH

All products recommended by Engadget are selected by our editorial team, independent of our parent company. Some of our stories include affiliate links. If you buy something through one of these links, we may earn an affiliate commission. All prices are correct at the time of publishing.
Nike upset hypebeasts with accidental Android-exclusive SNKRS drop
android
apple
entertainment
gear
google
hypebeast
hypebeasts
internet
ios
iphone
mobile
nike
nikesnkrs
offwhite
serenawilliams
shoes
sneakers
snkrs
snkrsapp
virgilabloh
wearables