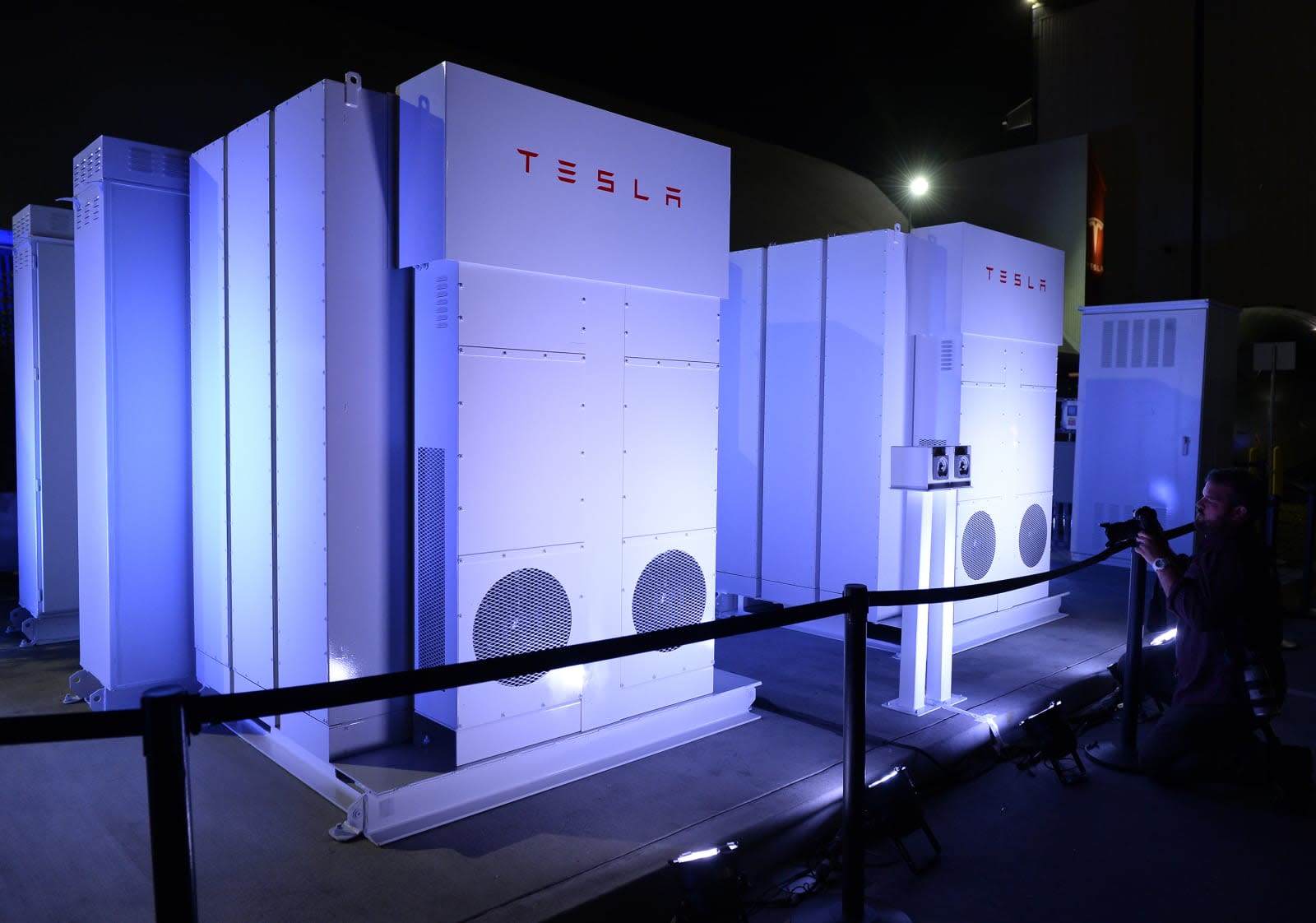 Volkswagen announced today that it will be using Tesla Powerpack battery storage units on more than 100 of its Electrify America charging stations in the US, according to Reuters. The battery packs, which will be installed over the course of 2019, will be placed in regions where there is a higher concentration of electric vehicle owners in order to provide power during heavy charging hours. The packs will primarily be placed at charging stations on the west coast.

Tesla's Powerpacks work by drawing excess power from electrical grids during off hours and storing it for later use. This allows charging stations to keep up with demand and helps to avoid increased prices during peak hours. The Powerpacks being used at Electricfy America charging stations will have a capacity of 350kWh and will be capable of 210kW fast-charging.

Volkswagen's Electrify America has been working to build out its electric charging infrastructure and currently operates nearly 500 stations across the country, including the first 350kW chargers in California. While it has been rapidly expanding the presence of its charging unit, Electrify America ran into issues last month when a short-circuiting plug caused the company to shut down a number of its high-powered stations. The issue was resolved days later and the chargers have since been brought back online.

In this article: ElectricCars, electrifyamerica, gadgetry, gadgets, gear, PowerPack, tesla, transportation, volkswagen
All products recommended by Engadget are selected by our editorial team, independent of our parent company. Some of our stories include affiliate links. If you buy something through one of these links, we may earn an affiliate commission.