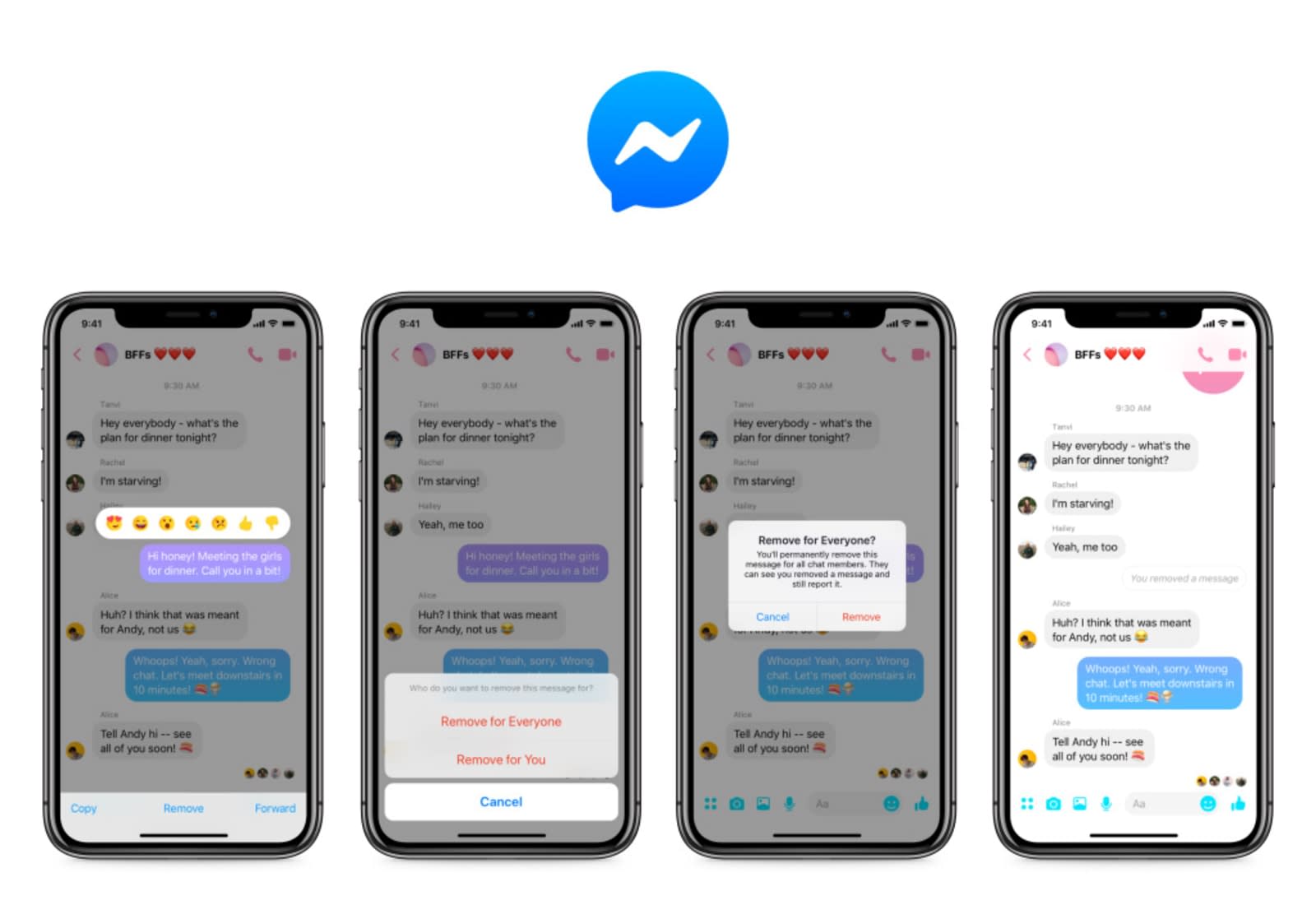 Facebook announced today that all users can now remove messages sent on Messenger -- a feature that had previously only been used by Facebook to delete messages sent by company executives. Users will now have a 10-minute window to unsend any message delivered through Messenger, whether it was sent to a single person or to a group chat.

To use the feature, tap on the message you want to remove. A menu should appear with an option that reads "Remove for Everyone." If you select that option, the message will disappear from the chat. Messenger will replace the removed chat bubble with text notifying the group that a message has been removed. You can also choose to simply remove a message for yourself. Doing so will leave the content available for everyone else in the chat.

Nearly a year ago, Facebook promised to implement this feature for all users after it was discovered that the social networking giant was quietly removing old messages sent by CEO Mark Zuckerberg and other higher-ups within the company. Facebook copped to the practice of wiping old messages and promised that it would stop doing so until everyone had the ability to delete past conversations.

Messenger isn't the first chat app to get an "unsend" feature. Telegram has allowed users to remove messages for years, and last year the Facebook-owned Whatsapp added the ability to unsend texts within an hour of being sent.

In this article: facebook, FacebookMessenger, gear, internet, messenger, mobile, services, unsend
All products recommended by Engadget are selected by our editorial team, independent of our parent company. Some of our stories include affiliate links. If you buy something through one of these links, we may earn an affiliate commission.