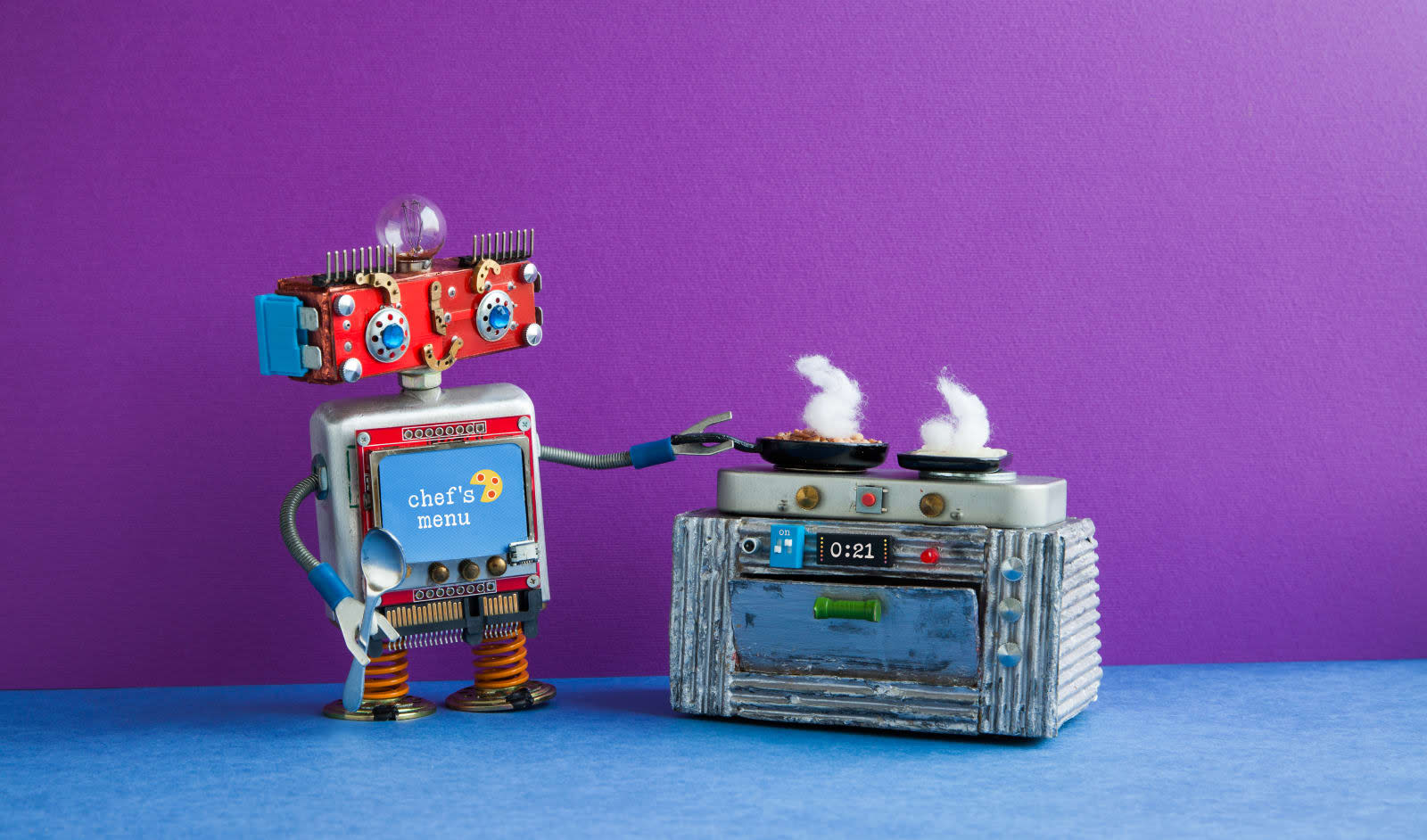 It's not easy crafting the next taste sensation. Nobody hops out of bed in the morning, thinks to themselves, "Today, I'm going to invent the next Oreo," and actually follows through on it. Even training in the skills necessary to become a professional food product developer can take the better park of two decades, much less creating and testing the thousands of flavor iterations needed to dial in on the perfect taste that will finally unseat Cool Ranch Doritos. But thanks to IBM's IBM Research AI for Product Composition, spice manufacturer McCormick & Company's R&D the team is leveraging machine learning to cut the time it takes to develop new flavors by up to 70 percent.

Last October, IBM Research unveiled a version of this technology the Philyra AI as a tool to accelerate the creation of new and novel scents for the fragrance industry. "It is a system that uses new and advanced machine learning algorithms to sift through hundreds of thousands of formulas and thousands of raw materials," Dr. Richard Goodwin, Principal Researcher and Manager of IBM's Computational Creativity Research Group wrote last October, "helping identify patterns and novel combinations."

For example, the system can account for alternative raw material complements and substitute them into formulas if the original ingredients aren't available, adjust formulas based on the intended user reaction like "pleasantness" or "gender appropriateness," and even changing the recommended dosage levels based on usage patterns.

The jump from melding fragrances to mixing spice is not a large one and, with the McCormick partnership, the IBM's AI was easily repurposed for the new task. In fact, the Philyra AI was first put to use helping the Symrise company to produce a pair of new perfumes for O Boticário, a global beauty company, which will be released later this year.

Currently McCormick relies on a 5-step Stage Gate system to create flavor profiles for its various products -- ideation, development, testing, scale up, commercialization and maintenance -- with a majority of the effort going into the first two steps. For example, if McCormick's R&D department is working on a new Tuscan Chicken recipe, researchers will first search the company database for previous Tuscan Chicken recipes and use that as a jumping off point before tweaking the flavors and beginning the iterative process of fine tuning the recipe into the final product. That testing can involve hundreds of tries lasting anywhere from 6 to 18 months.

The IBM's algorithm drastically reduces that testing time because, well, computers. The AI not only accesses the existing database of flavor formulae and spices, it also integrates sales and marketing data, enabling the company to tailor their recipes to specific regions and customer demographics. This way Kosher, Halal, vegan or low sodium versions of products will taste as close to the originals as possible.

"This machine system would allow us to really look for the one that has such a broad hedonic acceptance that it could become the next icon," Dr. Hamed Faridi, McCormick's Chief Science Officer, told Engadget. Not only that, it will enable the 500-plus members of the company's R&D department spread across the globe to integrate their various skills and expertise into a singular development effort. With that McCormick hopes to create the next iconic food product: the next Philadelphia Cream Cheese, Pringles chip, Tootsie Roll, or A1 steak sauce.

"The search for an icon is like a search of a needle in a haystack," Faridi explained. But this AI should help cut through the chaff. "If I'm a developer and I want to develop something that I think needs a cheese flavor, I have two or three of my favorite cheese flavors that have worked in the past. I try to use them first [because of their previous success]." However the AI has no such biases and will instead weigh the various cheese flavors present in McCormick's database to find the hedonically "best" one.

McCormick has already leveraged the AI to develop three new Recipe Mix flavors, Tuscan Chicken, Bourbon Pork Tenderloin and New Orleans Sausage, which it plans to release by mid-year. The company plans to expand access to the algorithmic system to its entire R&D workforce by 2021.

In this article: AI, food and drink, food-and-drink, foodanddrink, IBM, mccormick, Philyra, robots, TL19FOODSCI, tomorrow
All products recommended by Engadget are selected by our editorial team, independent of our parent company. Some of our stories include affiliate links. If you buy something through one of these links, we may earn an affiliate commission.