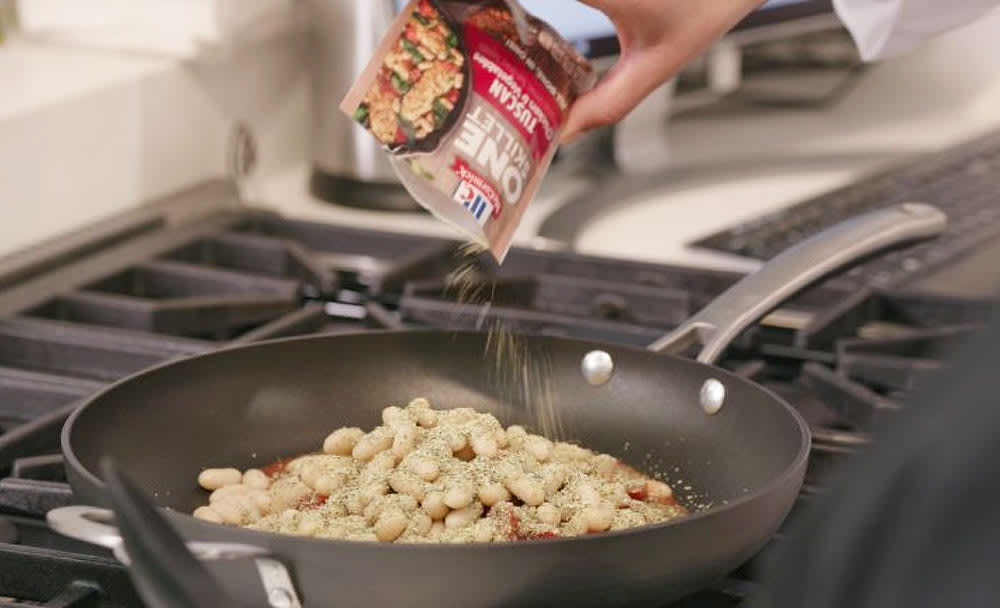 McCormick might be a brand name you recognize from its herbs and spices, French's Classic Yellow Mustard or even "edible" KFC-flavored nail polish. For more than 40 years, it's recorded reams of data on product formulas, customer taste preferences and flavor palettes. Now it's harnessing artificial intelligence in flavor development.

Over the last four years, McCormick has worked with IBM on an AI platform called ONE. Product developers have so far used insights it gleaned from the data to create Tuscan chicken, bourbon pork tenderloin and New Orleans sausage seasonings -- they'll be in US stores by the end of the spring.

McCormack says its aim with ONE is to create family-friendly seasonings you can use on both proteins and vegetables, while AI has helped it speed up product development by up to three times. It may not stop at seasonings either, as it has other AI projects in the works.

It's not the first time IBM has dipped its toes into the culinary world either. A few years ago, it created a recipe app and cookbook with the help of its Watson supercomputer, with decidedly mixed results. However, its latest foodie endeavor highlights, as if it weren't already clear enough, how AI is seeping into every aspect of our lives.

In this article: ai, airtificialintelligence, falvorings, flavor, flavors, food and drink, food-and-drink, foodanddrink, gear, home, ibm, machinelearning, seasoning, seasonings, tomorrow
All products recommended by Engadget are selected by our editorial team, independent of our parent company. Some of our stories include affiliate links. If you buy something through one of these links, we may earn an affiliate commission.