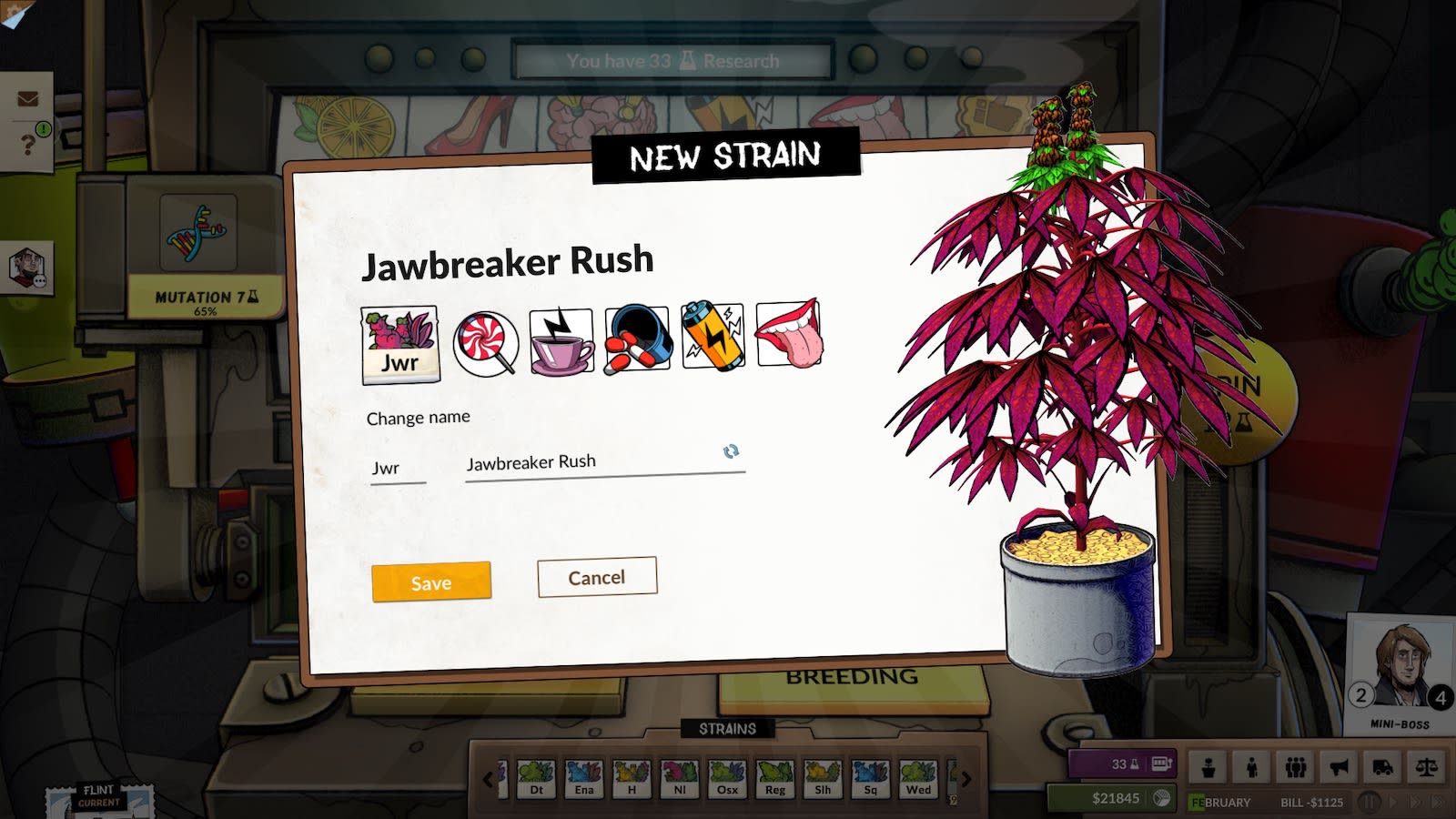 When I was a kid smoking weed in high school, I was convinced that marijuana would never be legal. The idea that it's legal now, I'm in my late 40s, it's shocking to me."

Scott Alexander speaks in rapid-fire paragraphs brimming with information about modern marijuana laws, politics and culture. He's the lead writer on Weedcraft Inc, the first original video game developed and published by popular indie label Devolver Digital. Weedcraft Inc is a tycoon or world-building game, similar to Civilization or Tropico, but players start out as low-grade weed dealers and build their empires from there. It's in beta now, and the full game is due to drop some time in April.

Weedcraft Inc's latest YouTube video, announcing the launch month, is littered with comments from people guessing the actual release date: "i bet they gonna release it on april 20th. lol﻿."

"The actual, official thing I'm told is April. Early April," Alexander said. "I'll just say that. I think we're missing an opportunity if we don't do it on a certain date."

Alexander expects the "420 blaze it" comments on a game about marijuana; he knows his audience has been primed by decades of giggly, weed-infused entertainment the likes of Cheech and Chong, Half-Baked and Pineapple Express. There's plenty of that in Weedcraft Inc, but there's also a deeper conversation that developers are truly passionate about. This game is designed to shock-start the traditional marijuana market, generating awareness about the complicated, society-altering cannabis business in the United States, while also humanizing the people behind the plants. 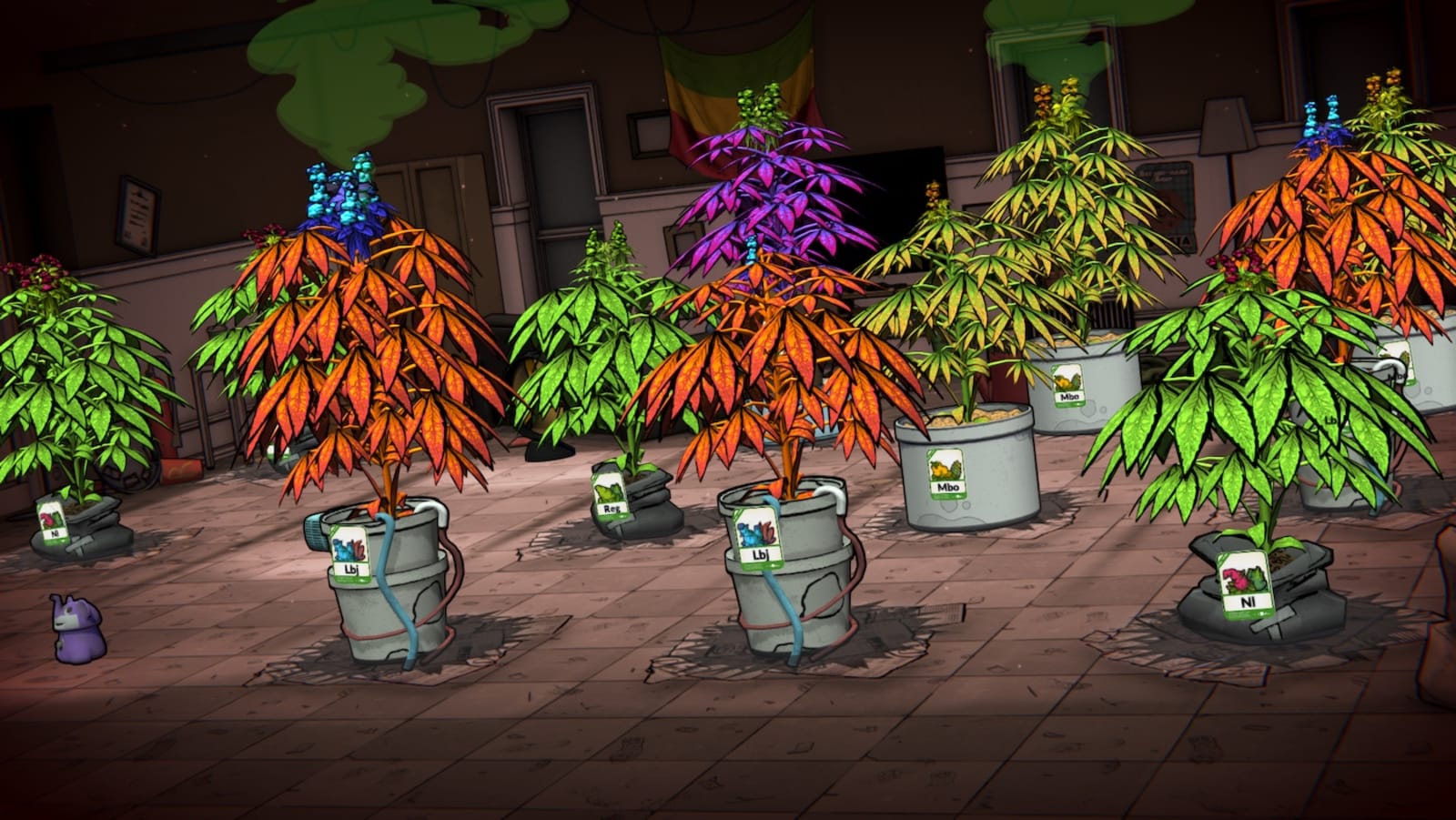 Alexander compared Weedcraft Inc to the Vimeo and HBO series High Maintenance, which offers vignettes about people enjoying, experimenting with or trying to get weed in New York City, as told through the lens of a single dealer. Though it serves as the backbone of the show, marijuana is secondary in High Maintenance; it's really all about the people and their relationships. Alexander approached the narrative in Weedcraft Inc in a similar way.

"That show, I think, captured the reality of what marijuana is to people in a way that most other entertainments that center around marijuana don't," he said. "It basically says, 'It cuts across every social strata, it cuts across every age group.' That's the place you want to come from this from." 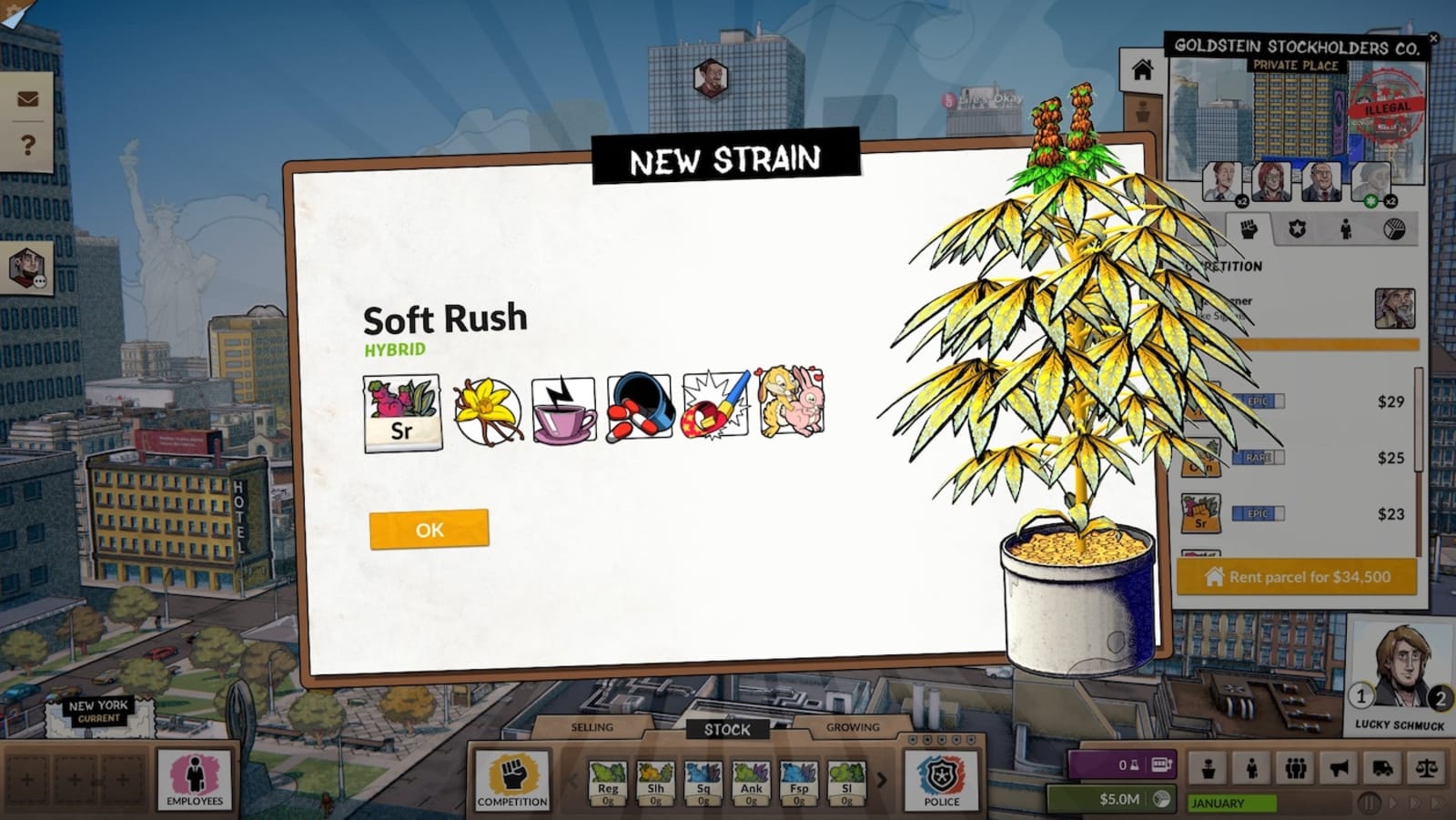 The game's narrative, told in snippets of conversation between the core empire-building mechanics, tackles inconsistencies among state and federal laws, the impact of big bud business on family farms and beyond, how Wall Street is changing the game, and what role the prison and judicial systems play into all of it.

As it stands in beta, Weedcraft Inc features two distinct storylines, each highlighting a specific real-world scenario. First, there are two brothers in Flint, Michigan, dealing with the death of their dad. One son leaves his MBA program and joins his brother to take over the family business, but at home he discovers a small, secret weed-growing operation. The free-spirited brother had been growing marijuana to ease their dad's cancer symptoms, and the two decide to combine powers and turn it into a business. 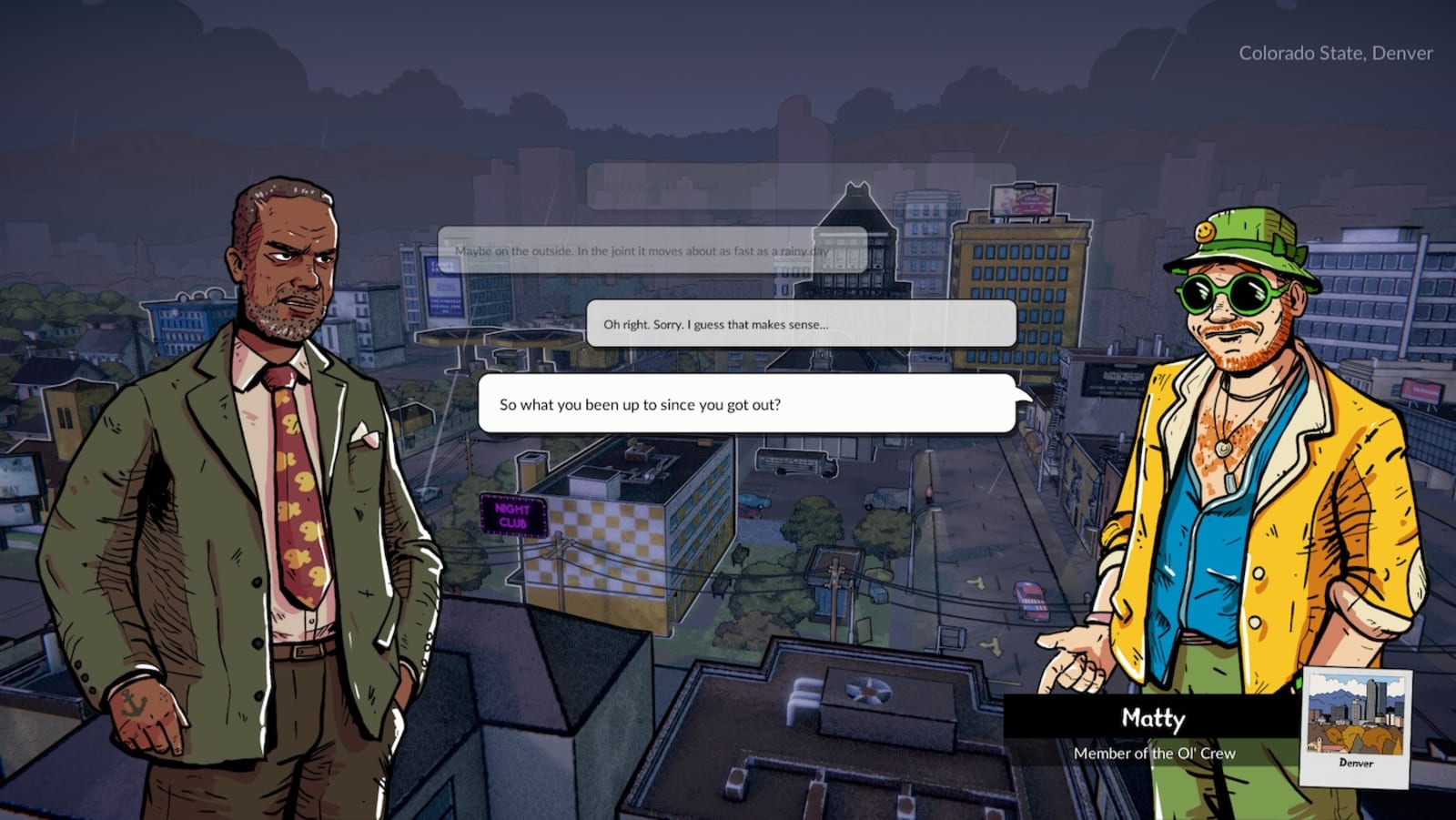 Second, there's the man who is released from a Colorado federal prison after serving a sentence for smuggling marijuana into the state from California. Even though marijuana was legalized in both states during his sentence, he served time according to federal law. As he re-enters society, he finds former partners now have a foothold in the legal marijuana business, and he has to figure out how to make it in this murky new world.

"There's different flavors," Alexander said. "The first one's flavored more toward the medical side. The research side, taking care of patients. The second scenario's a little more tilted toward the legal and political landscape. We're trying to illustrate, pull out these really interesting scenarios."

An alignment system keeps things interesting as the story progresses. Players choose to be more illegal or legal, and then shady or decent, and these decisions change the game, generating scenarios specific to that person's actions.

"So you can be an illegal grower who treats his people really well and does a lot of pro bono research into medical applications of marijuana, and be illegal decent," Alexander explained. "That would be like the compassionate-care growers of the 80s who were giving away weed to AIDS patients and getting arrested for it and all that stuff. Then at the other end of the spectrum you've got John Boehner, legal shady. Super shady but super legal, and that's your Wall Street guys." 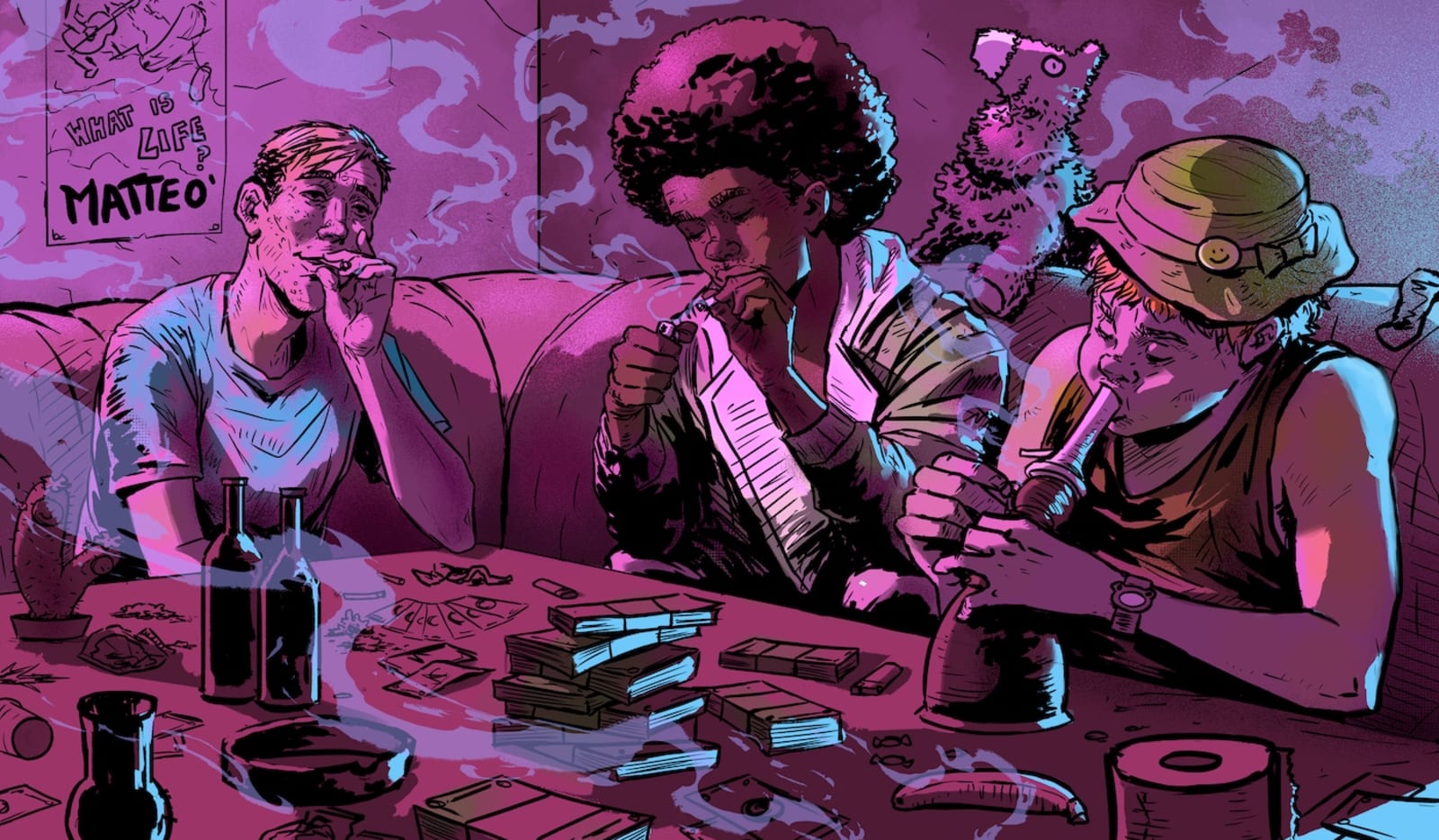 Alexander is fascinated by the complicated mess that is marijuana regulation in the US. Weedcraft Inc attempts to tackle a handful of the industry's main pressure points as the drug becomes legal to varying degrees across the country. As of February 2019, 33 states plus Guam, Puerto Rico and DC have legalized marijuana in some way. However, on the federal level it's still classified as a Schedule I substance, meaning the government recognizes no medical use for marijuana and can prosecute it at the same level as heroin, crack or ecstasy.

"This is an interesting mess that a tycoon game could play around with."

Marijuana regulation is moving swiftly. Alexander and the team at Vile Monarch, the Polish studio helping Devolver build the game, have been working on Weedcraft Inc for the past one and a half years, and the legal landscape has shifted in that timeframe alone.

"New Jersey wasn't really a going concern even a year and a half ago," Alexander said. "And now they are on the verge of doing a new method of legalization at the legislature level. It's possible that, in the next year, they'll go legal. That's gonna change New York almost immediately. There's no way New York State's gonna allow New Jersey to be sitting right next to them, recreationally legal, and miss out on that revenue." 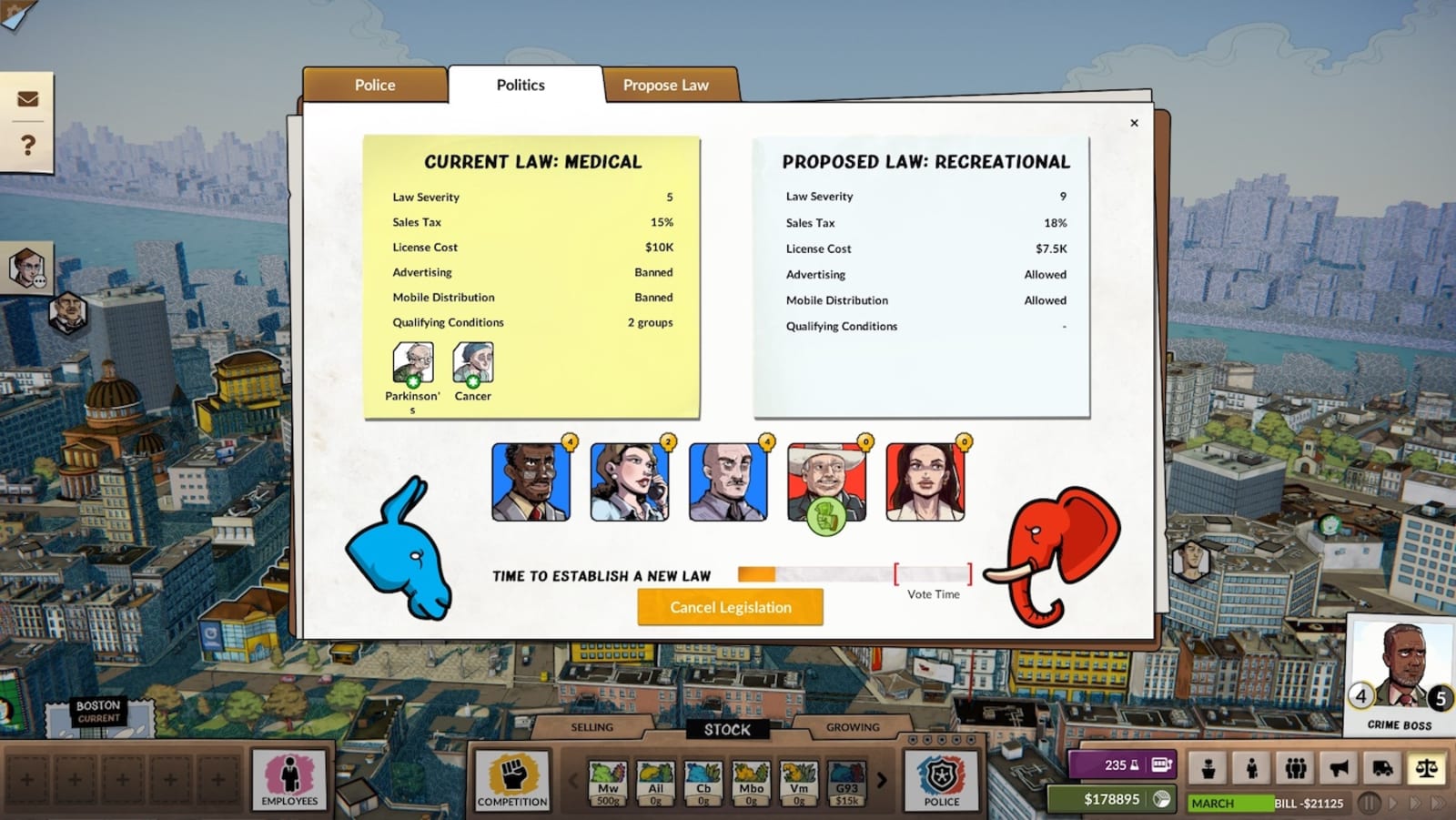 Weedcraft Inc is a gamified snapshot of a turbulent time in US history. Disparities between state and federal laws mean local governments are missing out on tax revenue from marijuana sales; non-violent people -- mainly non-white men -- are being imprisoned on charges that are perfectly legal in their home states; corporations are driving down quality and strangling craft growers; politicians and Wall Street investors are suddenly pro-weed after decades of decrying the harmful effects of reefer and dope.

"I was talking to a guy a few weeks ago who had been in the black market in California for 10 years," Alexander said. "This guy was used to driving around with hundreds of pounds of illegal marijuana in a car, shotguns, dealing with sketchy people, dealing with the black market. He now has been dealing in the legal market for five years, working on a farm. He was saying, 'I much preferred dealing with the gangsters. You know where you stand with those guys.'" 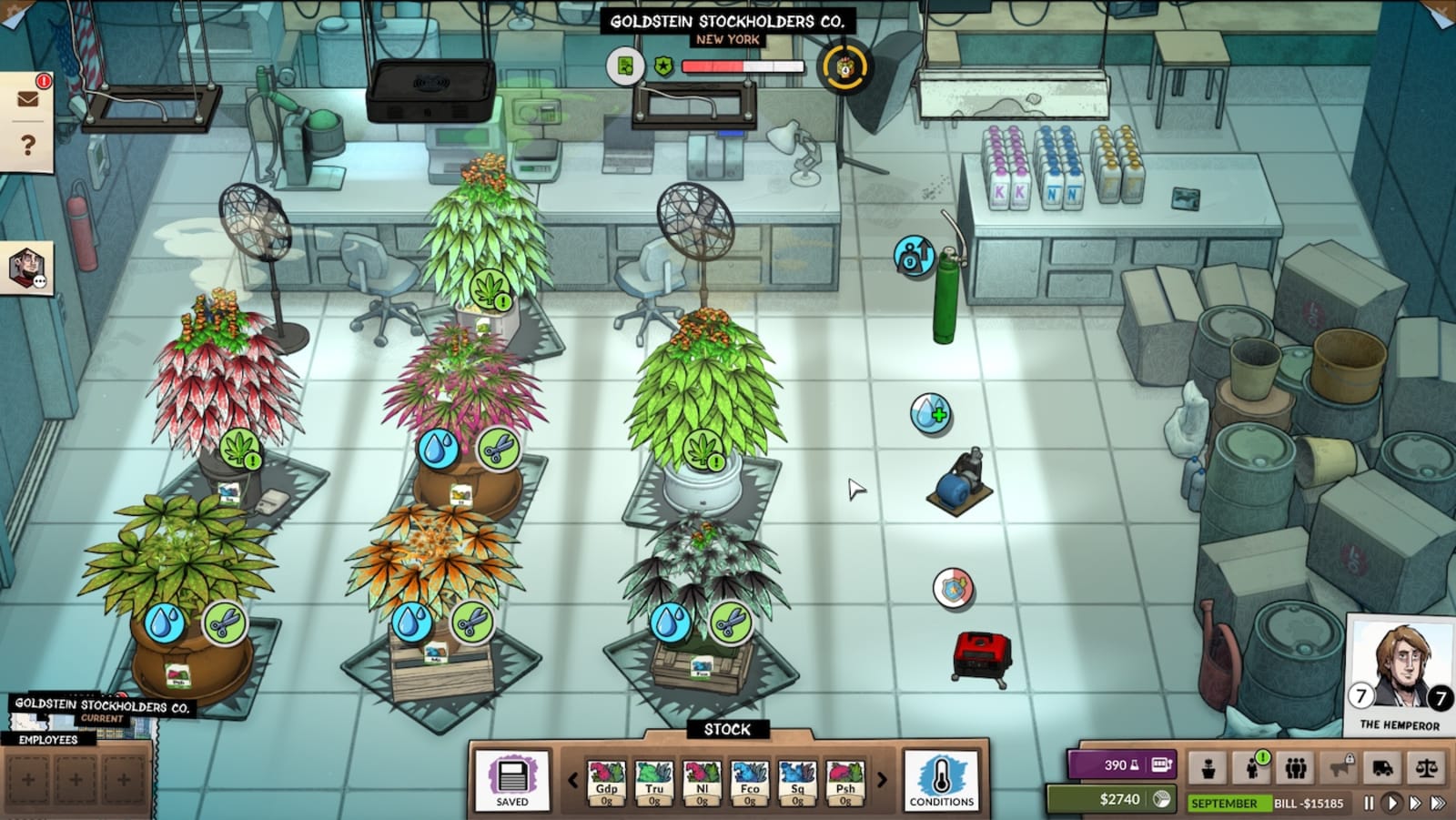 This is precisely the picture that Weedcraft Inc paints -- a complicated, frayed mess of legislation, bribery, selfishness, greed, blackmail and just a touch of true human compassion. In other words, Alexander said, it's capitalism.

"This is going to be a trillion-dollar industry in 10 years," he said. "And five years ago it didn't exist. It's crazy. And the fact that the people who are building this thing who are now big, wealthy companies, can't use the regular banking system, that's weird. It's full of really weird, interesting things. That was really the approach we took with it was, look at this supremely interesting piece of business that's happening. This is an interesting mess that a tycoon game could play around with."