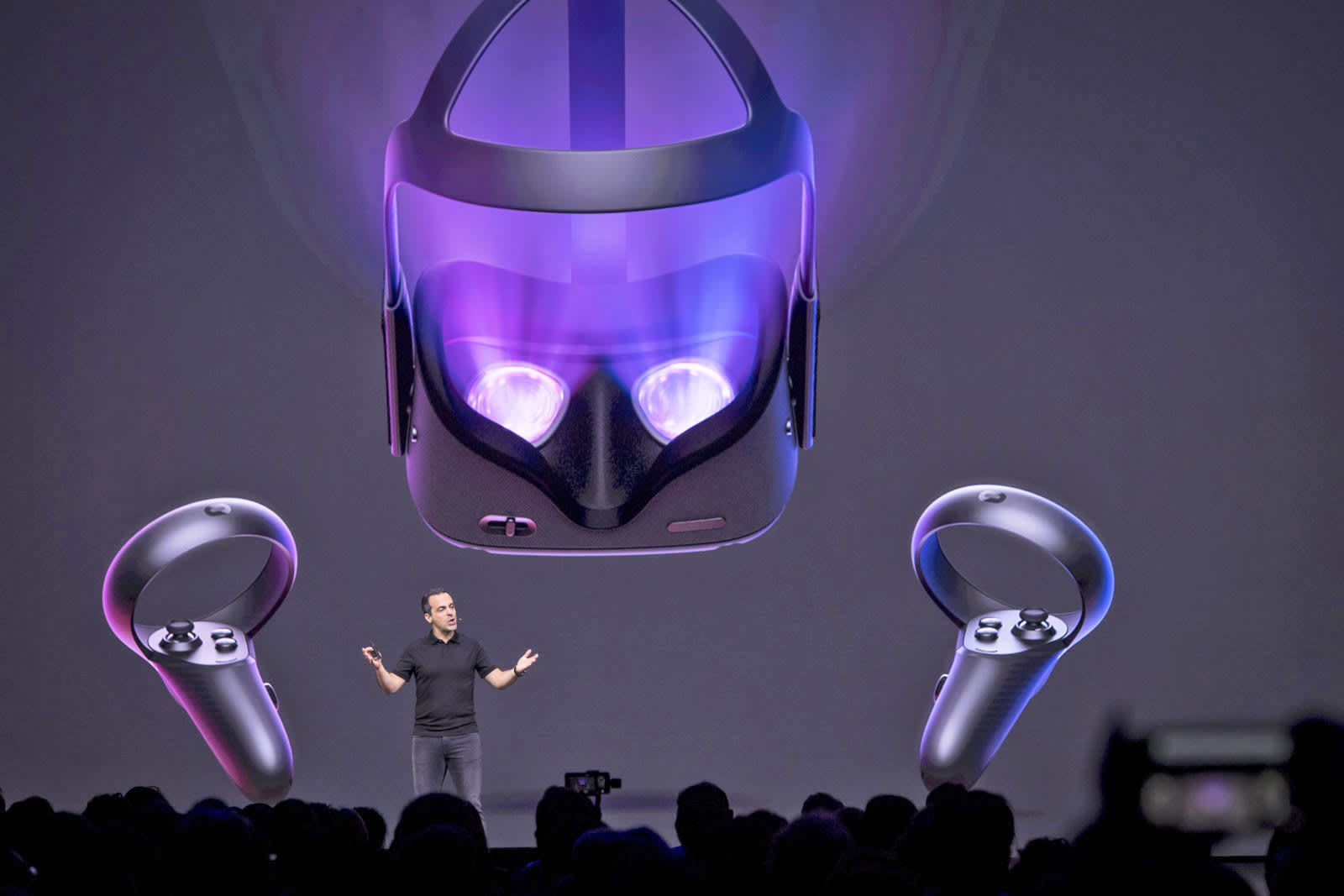 Not surprisingly, it seems to have some things in common with the standalone Oculus Quest. Even if it doesn't follow the original Rift's path in pushing the envelope and showing people the cutting edge of what VR experiences can be, a simpler setup that's slightly more accessible is closer to what the company's owners at Facebook have in mind.

In this article: BrendanIribe, facebook, gadgetry, gadgets, gear, OC5, oculus, Oculusquest, oculusrift, OculusRiftS, Rift, RiftS, virtualreality, VR, wearables
All products recommended by Engadget are selected by our editorial team, independent of our parent company. Some of our stories include affiliate links. If you buy something through one of these links, we may earn an affiliate commission.