The immersive setup delivers videos from a player’s view and 360-degree replays.

Intel's work in sports can be found across the world's best leagues, from the MLB, NBA and NFL in the US to Spain's La Liga soccer tournament. Over the past few years, it has been trying to make games more immersive for fans, using camera technologies that offer people more viewing options than a traditional broadcast, like enjoying matches in virtual reality or watching 360-degree video replays. And now Intel plans to bring this to the English Premier League. Through a new partnership with Arsenal, Liverpool and Manchester City (three of England's biggest clubs), Intel will start utilizing its True View tech at their stadiums, which will capture "every match from every angle," the company says.

This means that, starting March 10th, supporters of these teams can watch multi-angle views of plays and get a bird's-eye view of players' movements on the field. With the Laser Wall, for example, viewers can get a clear picture of a player's position. That's going to come in handy during offside calls, or lack thereof. The Intel True View highlights, which are powered by 38 5K ultra-high-definition cameras, will be shown on TV through broadcast partners. Additionally, Arsenal, Liverpool and Manchester City can post videos from True View on social media a couple of hours after their games. 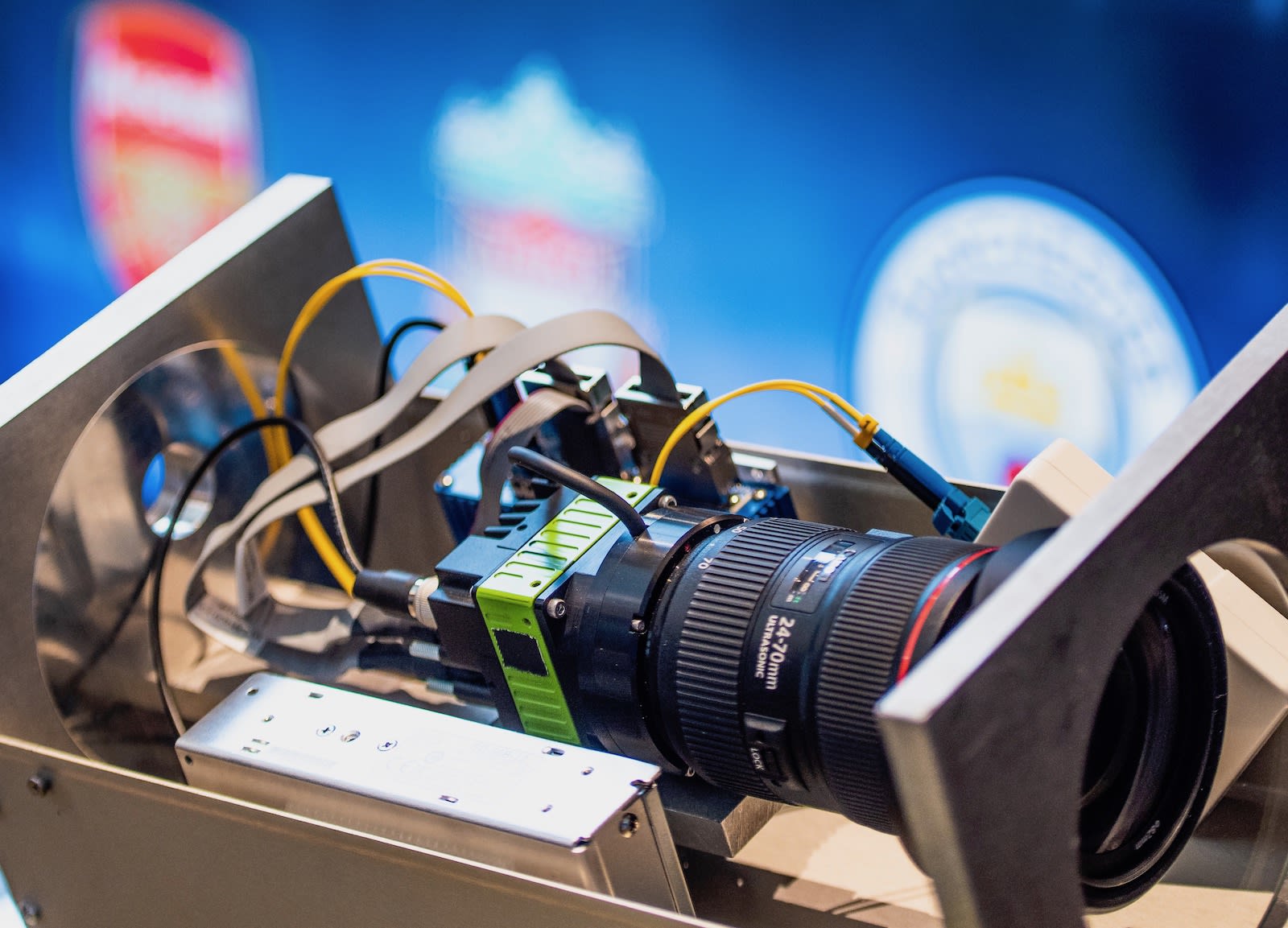 Intel says it's not closing the door to working with other clubs from the Premier League, like Manchester United (the league's most successful team), but right now its focus is to ensure that True View is working perfectly for Arsenal, Liverpool and Manchester City.

"Immersive media experiences continue to create more opportunities for sports teams and leagues to put the fan experience first," James Carwana, vice president and general manager of Intel Sports, said in a statement. "We have the chance to transform the experience for fans of one of the world's top sports leagues with our leading and differentiated volumetric technology."

All products recommended by Engadget are selected by our editorial team, independent of our parent company. Some of our stories include affiliate links. If you buy something through one of these links, we may earn an affiliate commission. All prices are correct at the time of publishing.
Intel’s multi-angle cameras come to three Premier League soccer stadiums
360degree
360degreevideo
arsenal
av
bpl
camera
cameras
entertainment
epl
football
gadgetry
gadgets
gear
instantreplay
intel
inteltrueview
liverpool
manchestercity
premierleague
replays
soccer
sports
trueview