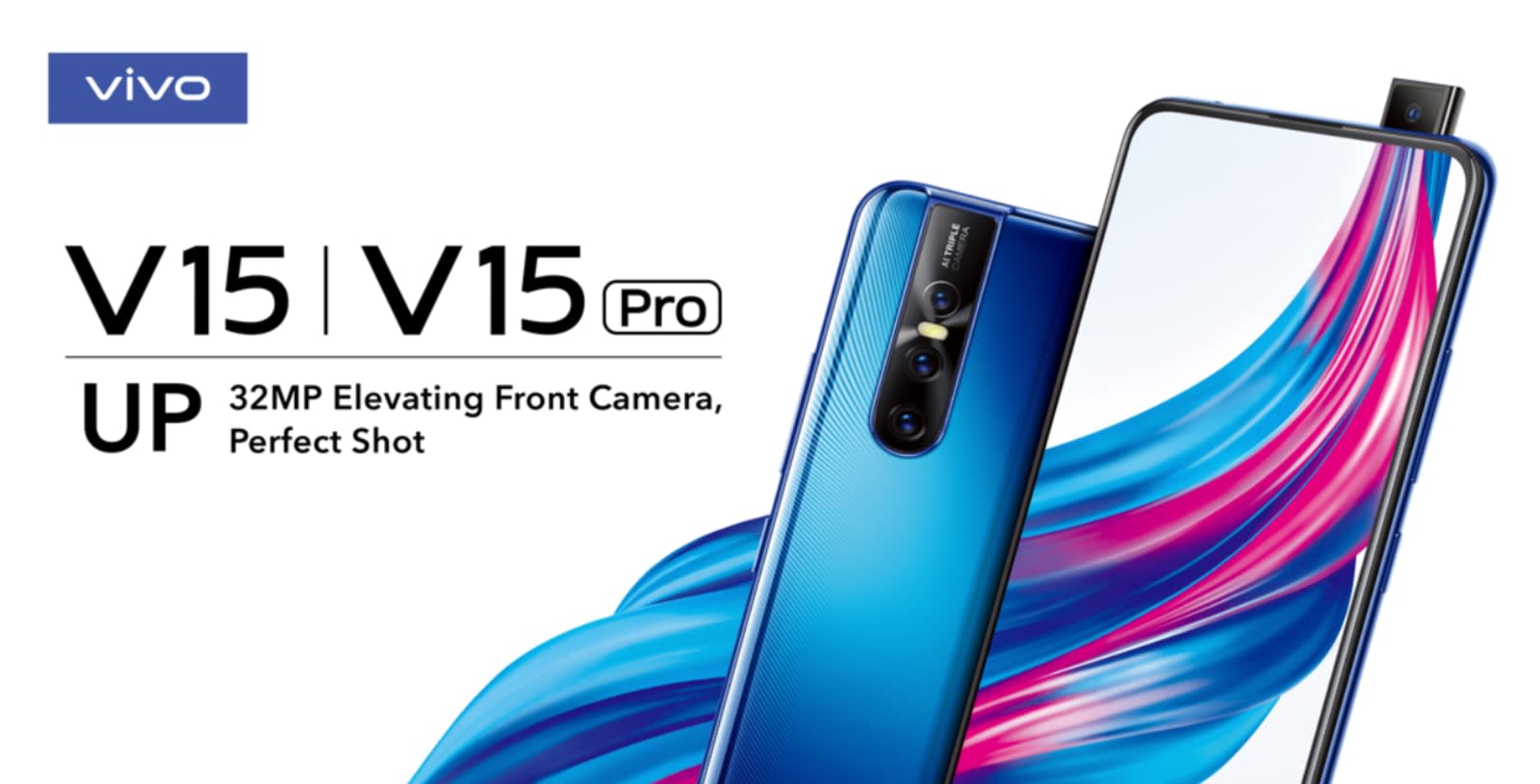 Chinese electronics manufacturer Vivo announced today that its upcoming Vivo 15 Pro smartphone will feature a 32-megapixel pop-up selfie camera. The phone will be the company's second crack at elevating front-facing camera and will be officially announced on February 20th, just ahead of the annual Mobile World Congress event in Barcelona, Spain.

Details on the phone are still pretty sparse, but what is known is that the pop-up camera will be getting a significant upgrade. Vivo first debuted the concept on the Nex S, released last year. While the concept of the elevated camera was interesting, the fact that it was just an 8-megapixel sensor meant the photos left a lot to be desired. The 32-megapixel camera appearing on the Vivo 15 Pro should be a better test of the pop-up camera concept.

Beyond the camera, Vivo also confirmed the V15 Pro will use a fingerprint scanner built right into the display. The company used the same feature on its Nex S device. No price for the handset has been announced yet, but the new phone is scheduled to be officially announced on February 20th and more details should be made available during that event. The company is aso expected to show off its Apex smartphone, an all-glass device with no ports.

In this article: 32mp, gadgetry, gadgets, gear, pop up camera, selfie camera, Vivo
All products recommended by Engadget are selected by our editorial team, independent of our parent company. Some of our stories include affiliate links. If you buy something through one of these links, we may earn an affiliate commission.