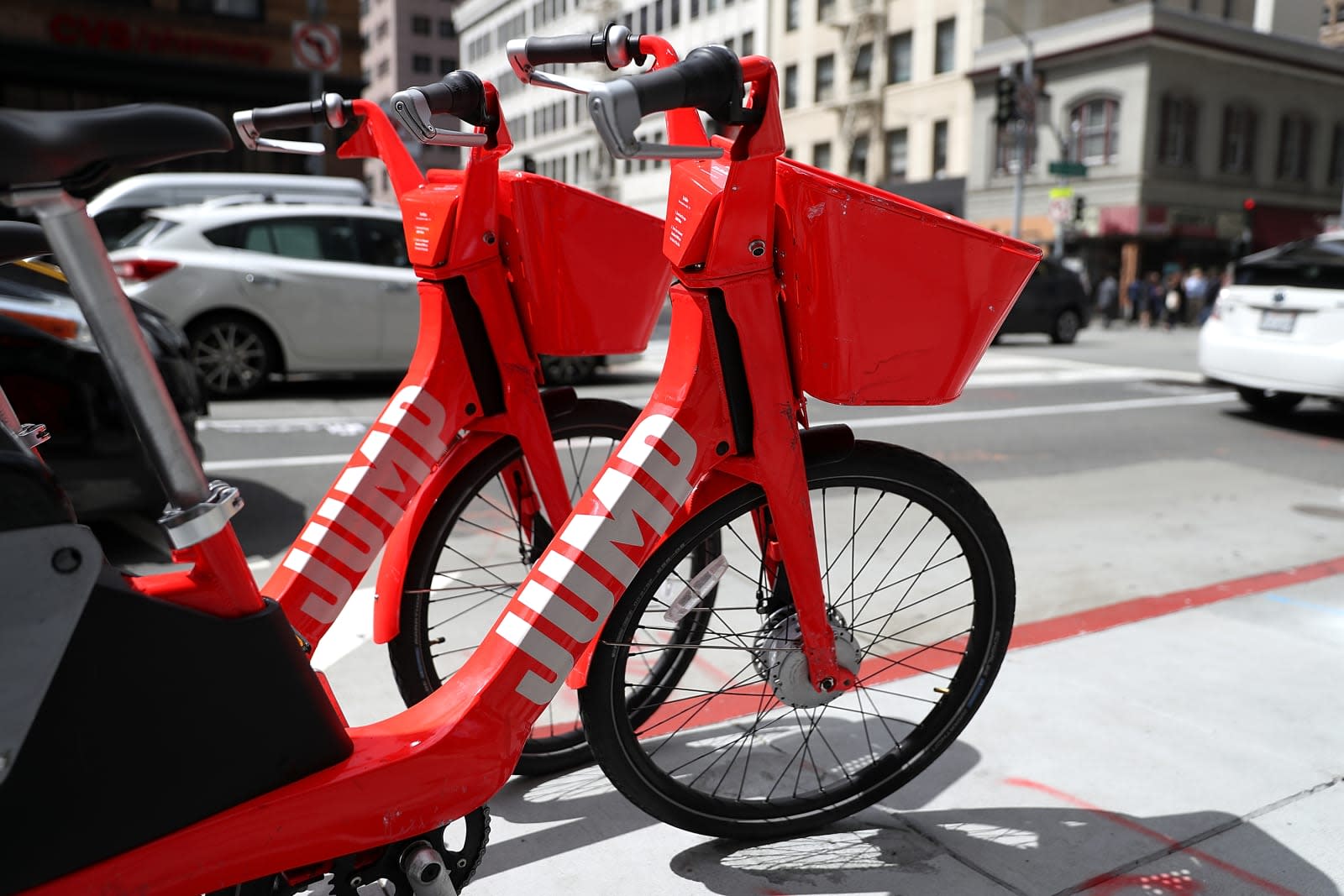 If you suspected that Uber's Jump bike sharing would be popular enough to cut into its mainstream car service, you suspected correctly. Jump has revealed that more than 63,000 customers in San Francisco have taken over 625,000 trips since a launch in the city in 2018, and that this popularity is affecting car rides in the area. While an initial study in July showed that bikes were starting to replace cars, Jump noted that the trend had "remained consistent" since then -- the more people relied on pedal power, the larger the decrease in car trips. That was particularly true for peak periods.

While the ride numbers might not sound massive given San Francisco's population, it noted that it had 250 bikes for the first nine months. TechCrunch noted that eight to ten people were using a given Jump bike per day as of October. For context, Ford had 1,200 docked GoBikes that typically saw just one to two rides per day.

It's not hard to see why bikes might be appealing, at least in San Francisco. Traffic congestion is a problem in the city, and a study suggests that ridesharing might make conditions worse. Uber customers might simply decide that hopping on a bike is faster than spending ages in gridlock. And of course, San Francisco is a haven for tech-savvy travelers. It might be another story in cities with lighter traffic, or where requesting a bike through an app is relatively uncommon.

It won't be surprising if the trend is consistent with other cities and services, though. And Uber won't exactly mind. The company is increasingly interested in mixed-mode transportation that includes bikes, scooters and mass transit, and whatever business it loses in cars it might gain elsewhere.

In this article: bikes, bikesharing, e-bike, gear, internet, jump, ridesharing, sanfrancisco, services, transportation, uber
All products recommended by Engadget are selected by our editorial team, independent of our parent company. Some of our stories include affiliate links. If you buy something through one of these links, we may earn an affiliate commission.