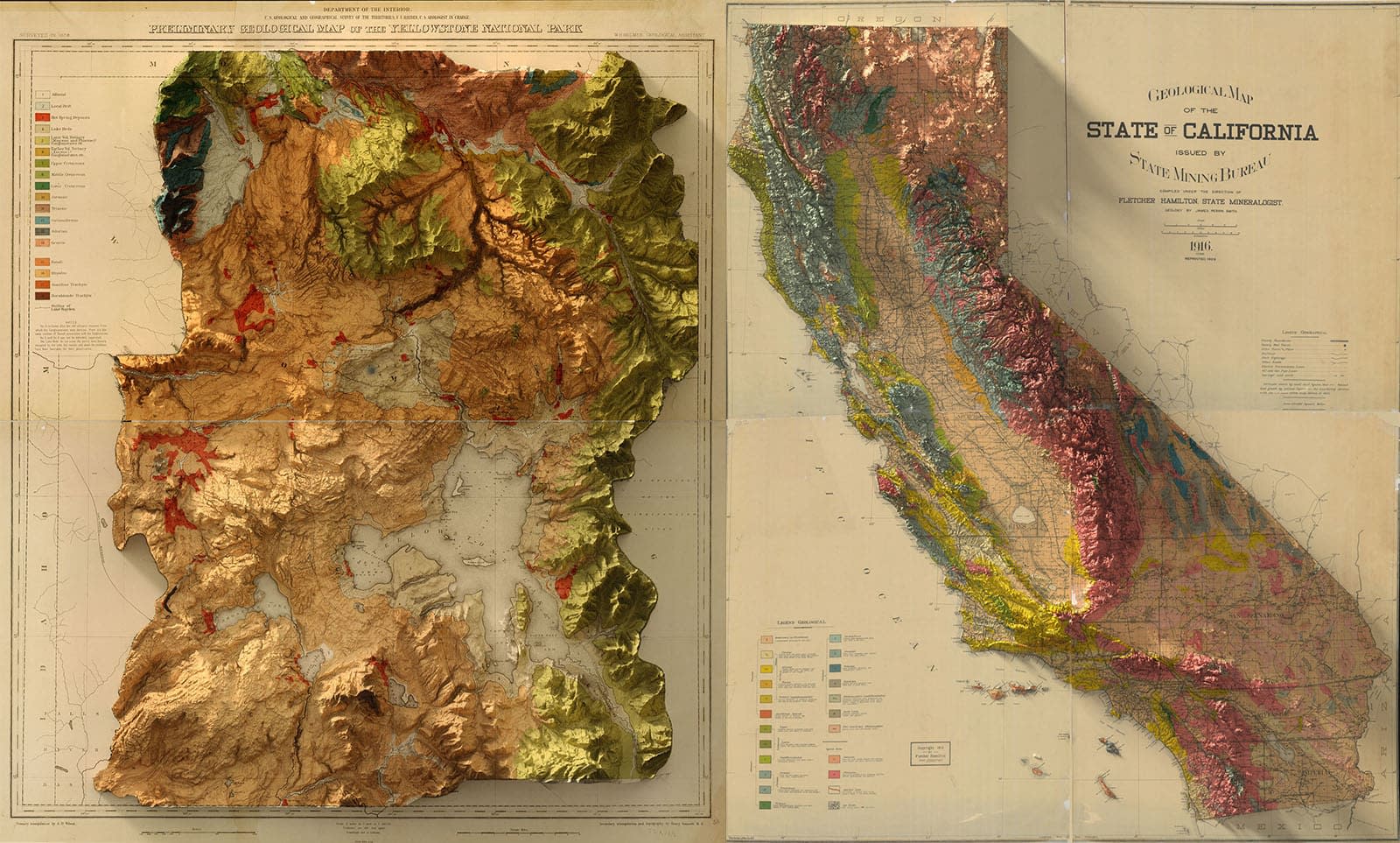 Bringing the wonder of old-school survey maps into three dimensions

Mapping technology is infinitely better than it used to be, but satellites and LiDAR can never recapture the craft that went into making old-school US Geological Survey Maps. Instead, graphic designer Scott Reinhard is trying to bring a modern touch to the old designs using 3D technology. He used elevation data from the United States Geological Survey to create 3D elevations of the topography, then merged the data with the vintage designs of the old maps.

Reinhard produced the maps as a way to better grasp a region's geography himself while also telling a story about what forces created it. He tended to choose regions with a personal connection or those that piqued his curiosity. "I am from Indiana, which always felt so flat and boring," he told Colossal. "When I began rendering the elevation data for the state, the story of the land emerged. The glaciers that receded across the northern half of the state after the last ice age scraped and gouged and shaped the land in a way that is spectacularly clear."

Many students struggle to decipher geology and geography maps, so for Reinhard, the project was a way to gain a better understanding of the forces that shaped American landscapes. "As a visual person, I was most intrigued by the ability to visually harness data and create images that helped me gain insight into locations," he said. "I felt empowered by the ability to collect and process the vast amounts of information freely available, and create beautiful images."

The US Geological Survey created maps starting in the 1800s not only to aid industry, but as educational tools for tourists and students. As such, it tried to make them as accessible as possible through the use of color and other touches.

Reinhard has taken that idea to its logical next step by incorporating true 3D that lets mountains and other objects cast shadows, adding to the realism and making them more engaging. His 3D map of Yellowstone Park, based on a preliminary 1878 geological survey, is particularly engaging (above, left). You can buy high-quality prints of his Chromogenic prints that use traditional color photography development, on his website.