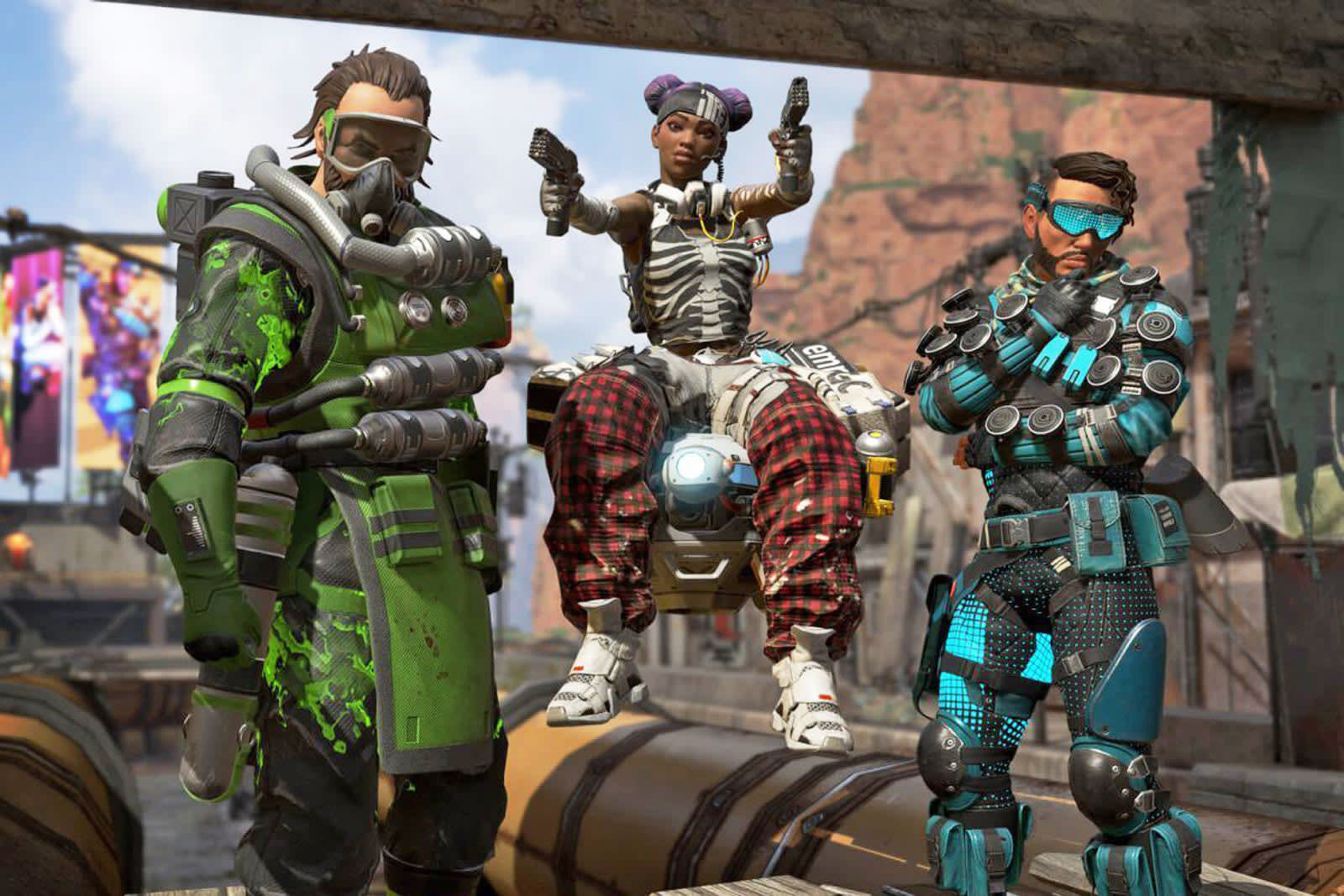 For a game that was announced and launched just a week ago, Apex Legends is doing well for itself. Respawn has revealed that its stab at the battle royale genre now has over 25 million total players, and had "well over" 2 million simultaneous players during the weekend. That's still a far cry from Fortnite's numbers (Epic's shooter has over 200 million players and 8.3 million concurrent), but it's a huge figure for a title that boasted 10 million players just a few days earlier.

Naturally, the studio is using this as an opportunity to hype up its roadmap, including limited-edition Valentine's Day goodies and the official start of its first season (and the paid Battle Pass) in March. You may have something to look forward to once the initial rush is over, especially if hints of solo and duo modes prove accurate.

The company didn't outline just why it thought Apex was doing so well, but it has a number of advantages in its favor. It's building on the Titanfall series' generally well-received combat mechanics, complete with input from expert players. Its marketing no doubt helped, as the combination of a surprise launch and support from top streamers (such as Shroud and Dr DisRespect) made sure that everyone could see how well the game played. And of course, it's a true free-to-play game where you only need to spend money if you want characters and items quickly. Respawn's challenges now are to keep that momentum going and fend off the inevitable responses by its competitors.

Been waiting all day to tell you this madness... @PlayApex hit 25 million players this morning. Read more about it at the link below. Remember we have Season One starting in March and more surprises coming. https://t.co/gwj1sZSQnY

In this article: apexlegends, av, battleroyale, ea, games, gaming, personal computing, personalcomputing, ps4, respawn, video, videogames, xboxone
All products recommended by Engadget are selected by our editorial team, independent of our parent company. Some of our stories include affiliate links. If you buy something through one of these links, we may earn an affiliate commission.