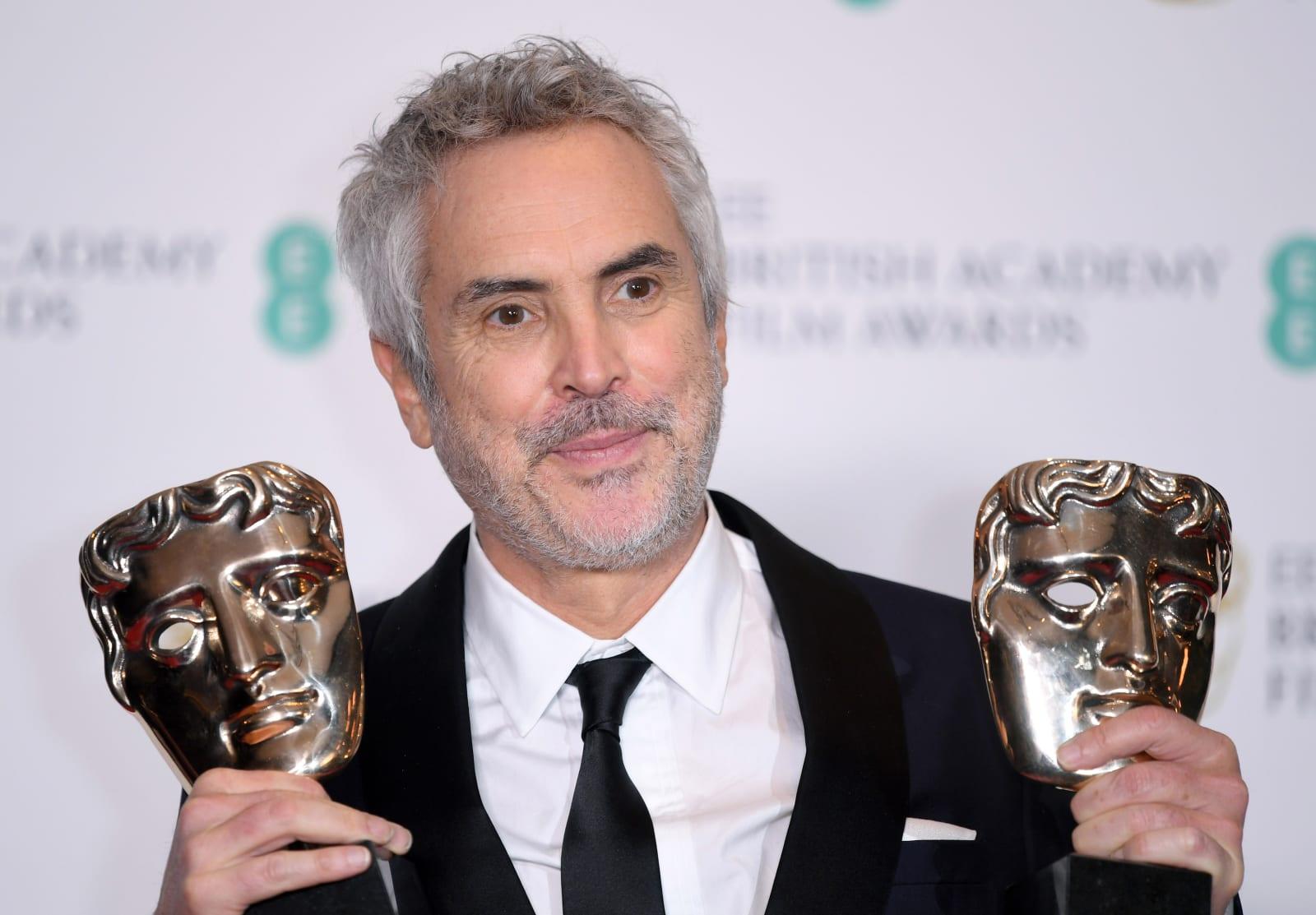 Netflix had its best year ever at the UK's Oscars last night. The streaming service's hot favourite Roma took home four BAFTAs, out of seven nominations, including Best Picture. Netflix's only other candidate, the Coen Brothers' western The Ballad of Buster Scruggs, lost out to British comedy The Favourite in the costume design category. Until yesterday, the platform had only scooped a single film BAFTA back in 2016 when Ava DuVernay's 13th won Best Documentary.

Roma also won Best Director and Best Cinematography for Alfonso Cuarón, and Best Film Not in the English Language. Amazon's Polish epic Cold War, which was also nominated in those categories along with Best Screenplay, went home empty handed. As a consolation, the film won the top award from the American Society of Cinematographers over the weekend, boosting its chances to repeat the trick at the Oscars, where it's also up for Best Director and Best Foreign Language Film. Roma, meanwhile, leads the pack with 10 Academy Award nominations.

For a moment there it looked like Roma's star was waning after it lost to Green Book at the Golden Globes and the Producers Guild of America awards, but its BAFTA tally puts it back on track for Oscars glory.

In this article: av, BAFTA, entertainment, netflix, roma
All products recommended by Engadget are selected by our editorial team, independent of our parent company. Some of our stories include affiliate links. If you buy something through one of these links, we may earn an affiliate commission.