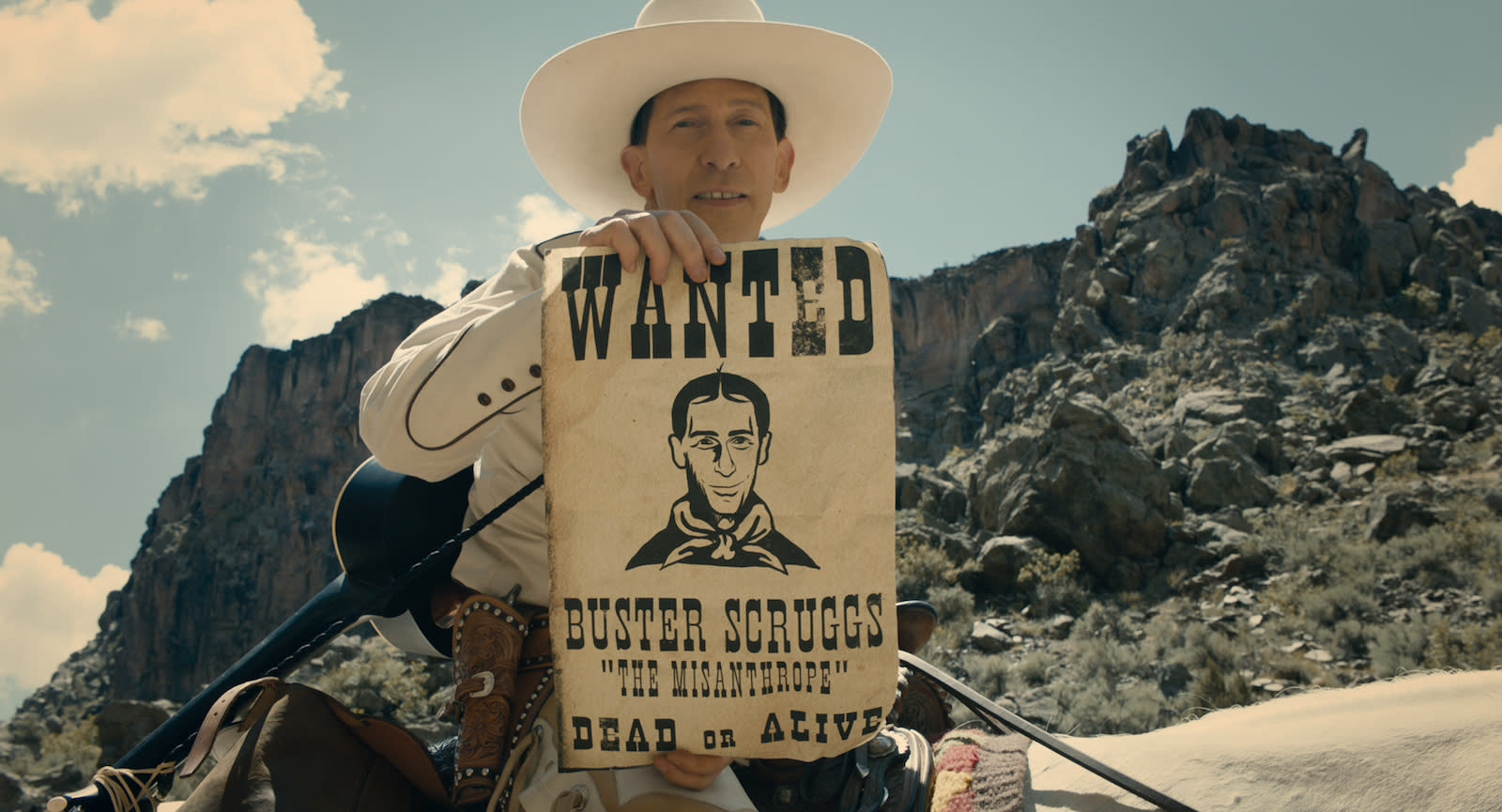 Today, the Coen brothers confirmed to Variety that their new film The Ballad of Buster Scruggs will receive a theatrical release. Netflix has done this before, but very selectively. "Theatrical release was important to us, and they were happy to accommodate us," said Ethan Coen at the Venice Film Festival.

The Ballad of Buster Scruggs was originally conceived of as an anthology series when it was picked up by Netflix. However, in July, Variety reported that it would actually be a film (but still is an anthology-style narrative). A theatrical release is required for the movie to be considered for an Oscar. The movie will make its debut today at the Venice Film Festival.

In this article: balladofbusterscruggs, business, coenbrothers, entertainment, netflix
All products recommended by Engadget are selected by our editorial team, independent of our parent company. Some of our stories include affiliate links. If you buy something through one of these links, we may earn an affiliate commission.