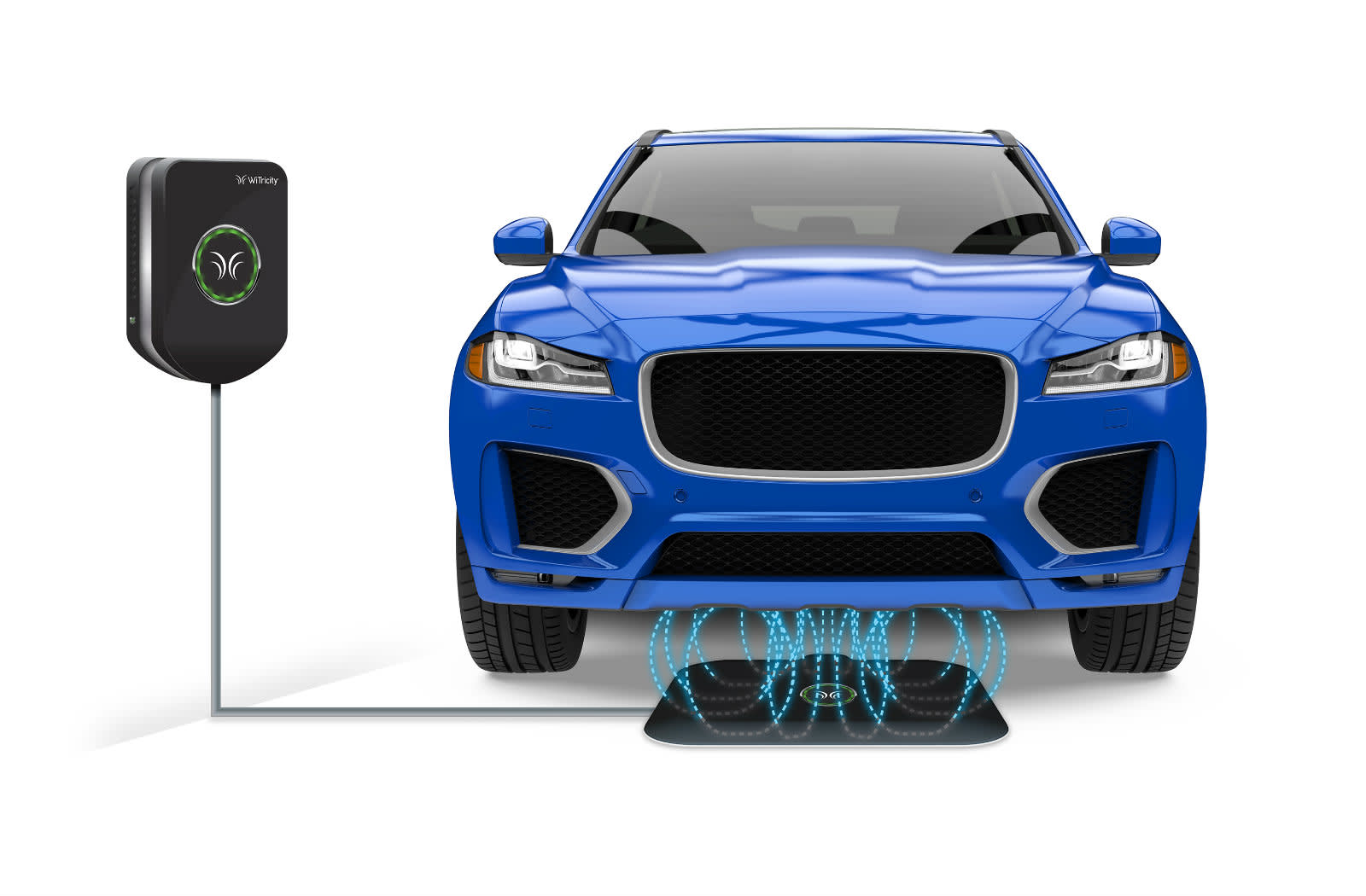 WiTricity, a company that specializes in contactless EV charging, has acquired Qualcomm's rival wireless charging tech. The two are keeping quiet about the financial details, though they did reveal that Qualcomm will become a minority WiTricity shareholder as a result of the transaction. Ultimately, it gives WiTricity access to more than 1,500 new wireless battery charging patents and patent applications, which could see its contactless charging system become the EV industry standard.

An MIT spinoff, WiTricity's system relies on a floor pad that radiates a magnetic field to refuel parked EVs. In 2016, the company announced a prototype in partnership with GM that could be deployed in public parking spaces and garages, offering power at both 7.7 kW and 11 kW. At the time, WiTrcity said the tech could work with any EV model or platform. It quickly struck up licensing agreements with Toyota and GM supplier Delphi, while its investors also include Foxconn and Intel's venture capital arm.

Qualcomm bought its "Halo" tech from the University of Auckland in 2011 as part of a "multi-million dollar" deal. It currently forms the backbone of its dynamic electric vehicle charging (DEVC) test track, which juices an electric car while driving through a combination of vehicle-equipped "Halo" sensors and road-embedded wireless charging hardware. Qualcomm envisioned it as a component of a future autonomous ride-hailing operation.

WiTricity and Qualcomm were clearly charting different courses to overcome the same issue: the industry's reliance on manual chargers and external ports. By unifying its rival's passive charging platform with its own, WiTricity will be hoping to speed past the test phase toward mainstream adoption.

In this article: business, electric vehicle, electric vehicle charging, electric vehicles, ev, ev charging, gear, qualcomm, transportation, wireless charging, witricity
All products recommended by Engadget are selected by our editorial team, independent of our parent company. Some of our stories include affiliate links. If you buy something through one of these links, we may earn an affiliate commission.