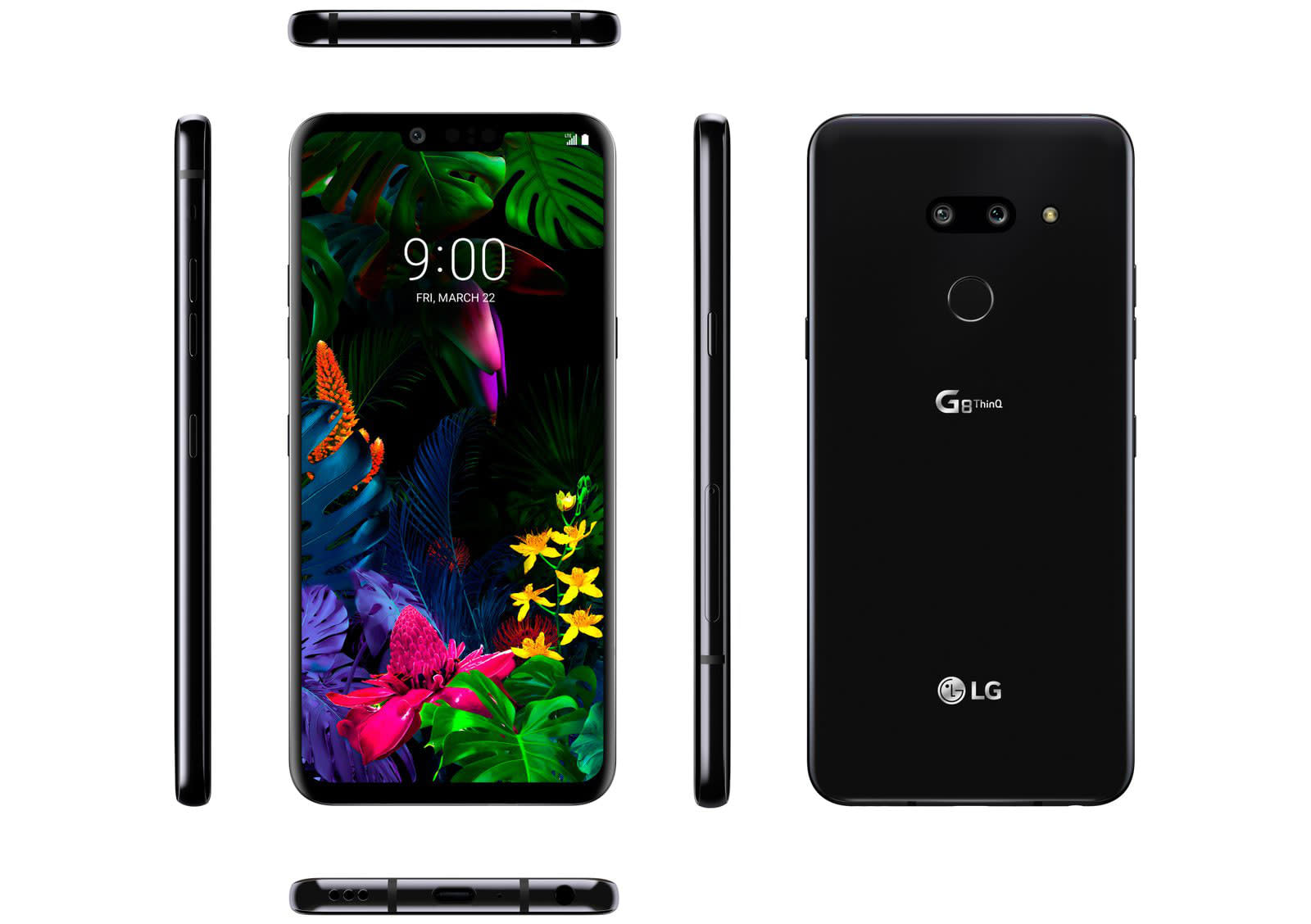 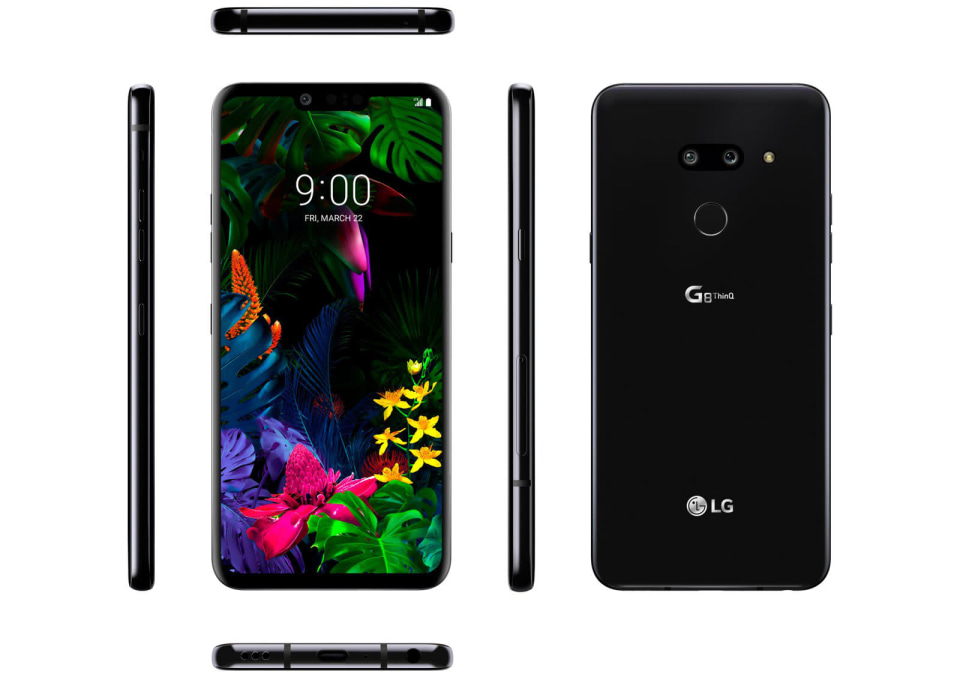 We might see LG's G7 ThinQ successor in a little over a week -- so naturally, leaks have already started pouring out of the company and onto the internet. One of those leaks is a group of images showing the upcoming G8 ThinQ from every angle, and based on those photos, the flagship phone will bear a strong resemblance to its older sibling. It's also an all-screen device with a notch for the front camera, though it looks like its rear ones have been rearranged into a horizontal format.

You'll see the usual ports in the photo of its bottom part, including a 3.5mm jack that a lot of other phonemakers have chosen to ditch. While the company has yet to release the flagship's specs, it did reveal earlier this month that it's equipping the device with a "Time of Flight" image sensor made by Infineon. The technology will apparently power the phone's facial recognition and AR capabilities and will allow you to take better selfies in all kinds of lighting condition while using less power than Apple's FaceID.

A previous rumor suggested that one of LG's upcoming devices will support a second screen. While these images don't show anything like that, that second screen is supposed to be an attachment and not a part of the phone itself. Another previous leak puts the G8 ThinQ's price at below $1,000. You might not have to wait that long to know if either of those are true -- LG is expected to launch its next flagship at a special pre-Mobile World Congress event on February 24th.

In this article: g8, gear, leak, lg, mobile, MWC 2019
All products recommended by Engadget are selected by our editorial team, independent of our parent company. Some of our stories include affiliate links. If you buy something through one of these links, we may earn an affiliate commission.