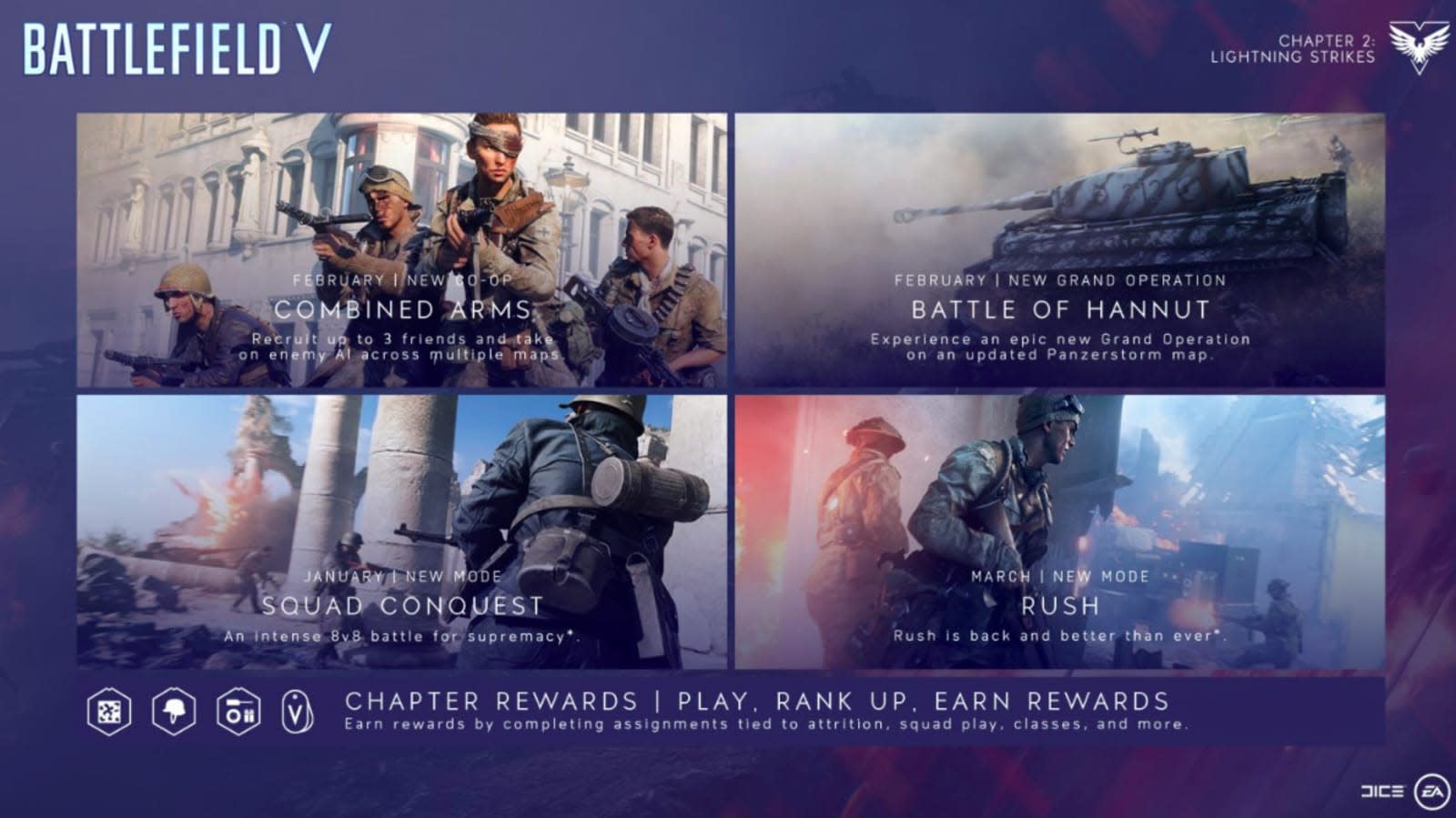 For a flagship single-person shooter, Battlefield V didn't exactly set the sales chart alight. But EA Dice keeps cranking out the updates to keep devotees happy, while everyone else waits for its incoming battle royale mode. And so we come to Chapter 2: Lightning Strikes Update #3, which is out now. The biggest change, aside from a new co-op mode (we'll get to that later), is support for NVIDIA's performance-boosting DLSS tech and optimized ray-tracing for GeForce RTX graphics cards.

Deep Learning Super Sampling (DLSS) is essentially a rendering technique that's designed to deliver better performance and more pleasing visuals. Enabling DLSS will, for example, take a 1440p image and use NVIDIA's algorithm to upscale that image to 4K. It's particularly effective in combination with NVIDIA's taxing ray-tracing tech, which otherwise forces gamers to choose between resolution and pretty reflections. The only other game to currently offer DLSS is Final Fantasy XV, though NVIDIA did initially announce that it was coming to 28 titles, including Shadow of the Tomb Raider and PUBG, and Metro Exodus is set to support DLSS from its February 15th launch.

As for the new "Combined Arms" online co-op mode, it's all about forming a four-man squad to wipe out AI enemies across eight missions and four maps. It sounds like a handy training ground for rookies that aren't quite ready for the full-on multiplayer experience, but you can also go it alone. Of course, the new update includes the usual raft of bug fixes and quality of life improvements to vehicles and weapons. Players can also look forward to a notable extra with the arrival of Rush mode in early March.

In this article: av, battlefield v, dice, DLSS, ea, ea dice, gaming, update
All products recommended by Engadget are selected by our editorial team, independent of our parent company. Some of our stories include affiliate links. If you buy something through one of these links, we may earn an affiliate commission.