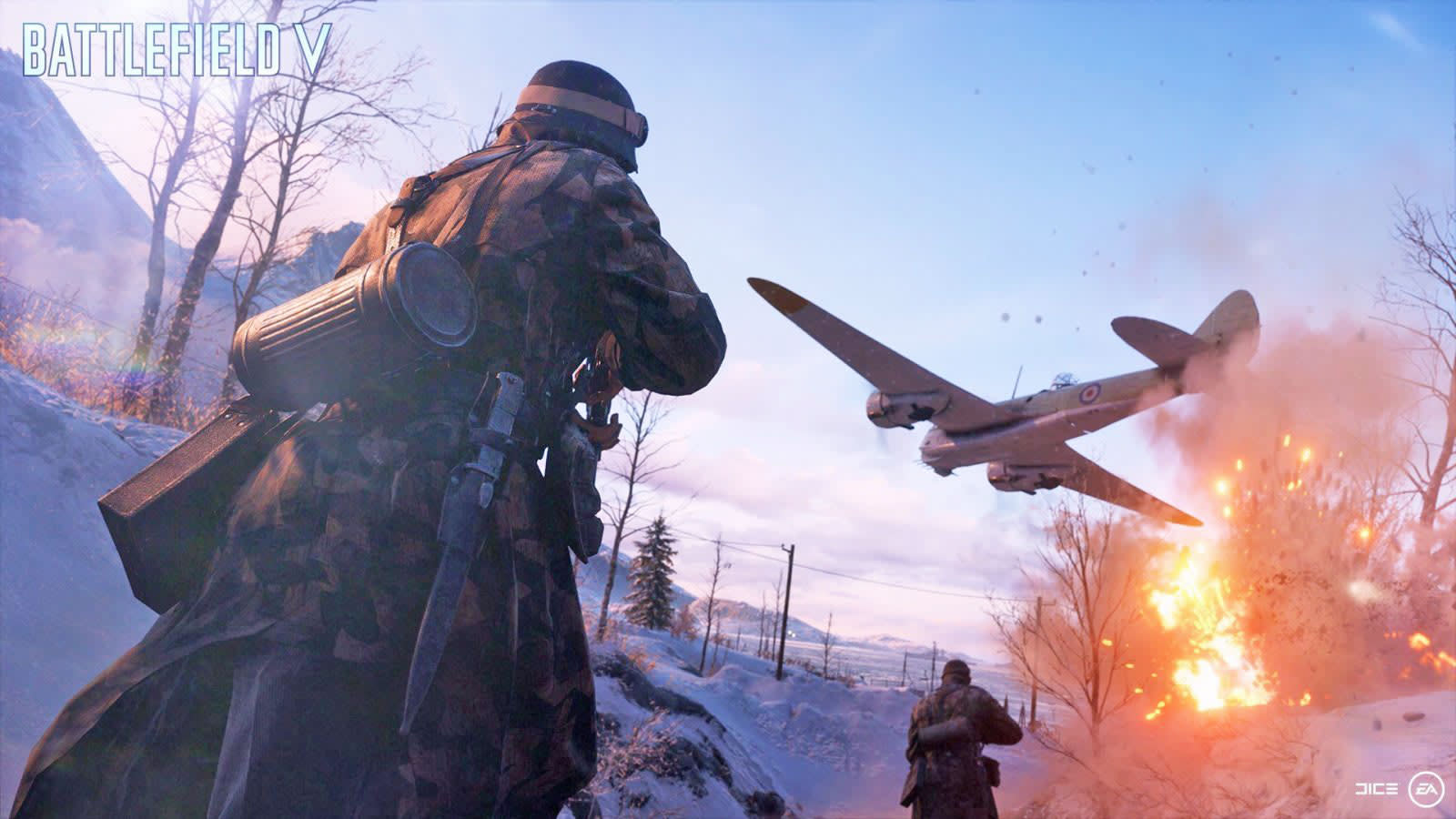 Video game sales were particularly cutthroat last holiday, and it appears EA's Battlefield V was one of the casualties. The publisher lowered the outlook for its revenue this quarter after revealing that its sales in the last quarter of 2018 "did not perform to our expectations." While it didn't explicitly blame BFV for the shortfall, that was undoubtedly the company's flagship game -- it otherwise relied on sports titles and the mobile-only Command & Conquer Rivals. The firm wasn't shy about acknowledging "intense competition" as a factor.

It's not too hard to see why BFV would have struggled. EA delayed the release to November 20th, and left the the much-hyped battle royale mode out of the game until the spring. It missed out on a lot of potential sales as a consequence. And of course, it faced stiff opposition from the likes of Red Dead Redemption 2 and Call of Duty: Black Ops 4. If you had a tight budget during the holidays, you might have passed on BFV simply because you found other games more alluring. Fortnite's enduring popularity didn't help, either. Why buy another multiplayer shooter if Fortnite is consuming much of your free time?

EA does have things to look forward to at the start of 2019 between the imminent launch of Anthem and the early success of Respawn's Apex Legends, which racked up 2.5 million unique players (600,000 concurrent players) within a day. It also teased a "premium" Titanfall experience later in the year with a "twist" on what you're used to. With that said, the lower outlook suggests EA wants to temper enthusiasm until it knows there's something to cheer about.

In this article: av, battlefieldv, business, dice, ea, earnings, electronicarts, games, gaming, personal computing, personalcomputing, q42018, videogames
All products recommended by Engadget are selected by our editorial team, independent of our parent company. Some of our stories include affiliate links. If you buy something through one of these links, we may earn an affiliate commission.