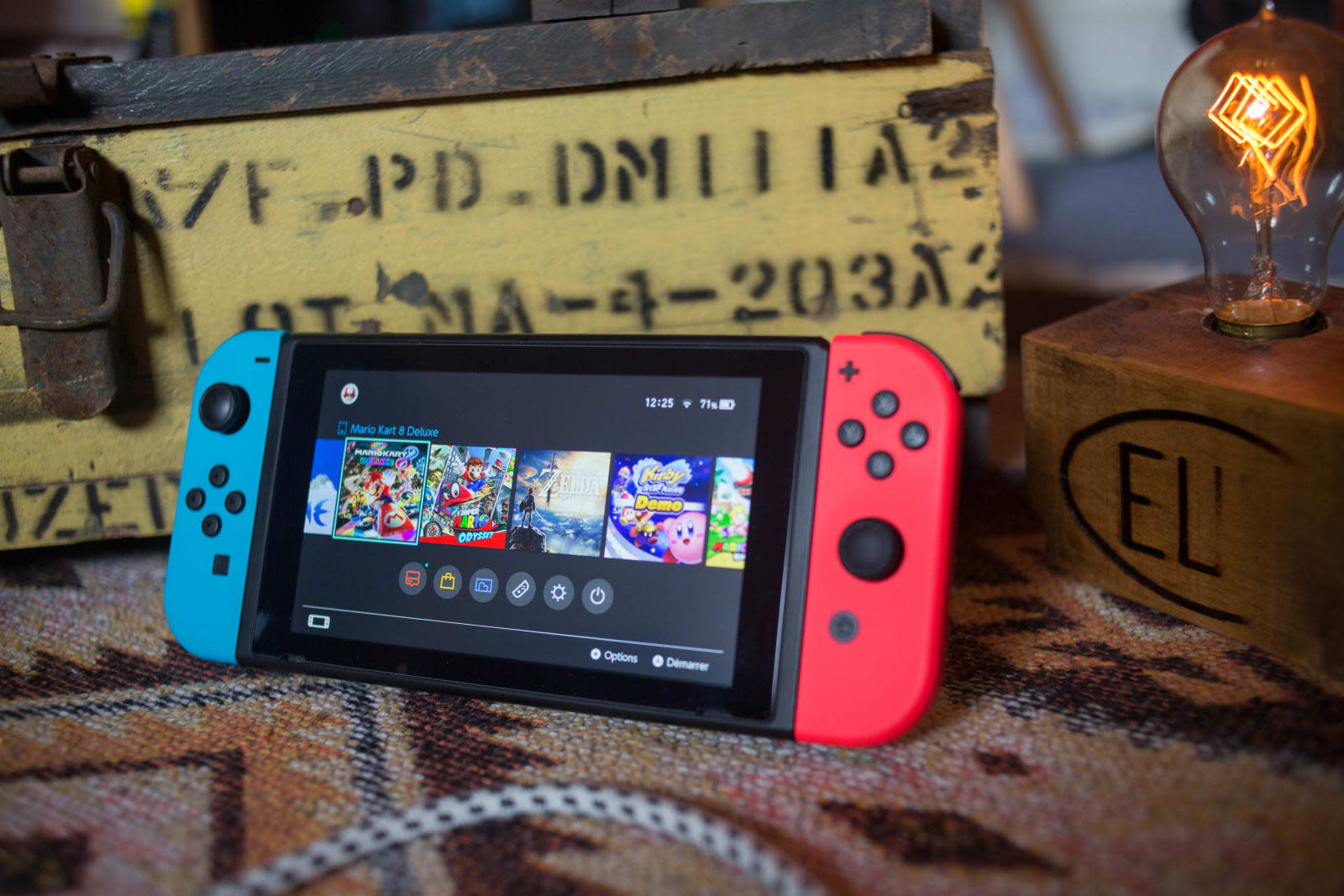 Demand for the Nintendo Switch didn't cool down one iota in 2018. The NPD Group has published its sales data for last year, and the Switch was the top-selling system in the US both in terms of dollars and raw unit count, outpacing a previous record set by the PS4 in 2015. Things were even rosier in December -- the Switch had the best unit sales of any console for that month since 2010, and the best dollar sales since the Wii mania of December 2009.

It wasn't the champion in the software realm. In a shock to absolutely no one, Red Dead Redemption 2 was the best-selling game of 2018, followed by Black Ops 4 and NBA 2K19. Not that Nintendo is about to leave sobbing. Super Smash Bros. Ultimate was the fifth-hottest game of the year, buoyed by a strong December where it led the charts. Ultimate also outsold the previous top Super Smash Bros. title (Brawl) by 70 percent, and Nintendo generated the most software revenue of the year.

The company was the highlight to an overall modest year. Overall spending did climb 13 percent to $16.7 billion, but it was still short of highs in previous years -- people spent $17.4 billion in 2011.

Researchers didn't explain just why Nintendo thrived, but it's easy to offer a few potential explanations. Games sell systems, and Nintendo had several quality titles high in the charts (including 2017 hits like Mario Kart 8 and Breath of the Wild). There's also the question of value. As before, the Switch can appeal to people whether they want a living room machine or a portable gaming rig. It simply has a larger potential audience than its TV-focused counterparts -- while the PS4 and Xbox One are more powerful, they're not as flexible.

In this article: av, games, gaming, gear, microsoft, nintendo, npd, npdgroup, reddeadredemption2, rockstar, sony, supersmashbrosultimate, switch, videogames
All products recommended by Engadget are selected by our editorial team, independent of our parent company. Some of our stories include affiliate links. If you buy something through one of these links, we may earn an affiliate commission.