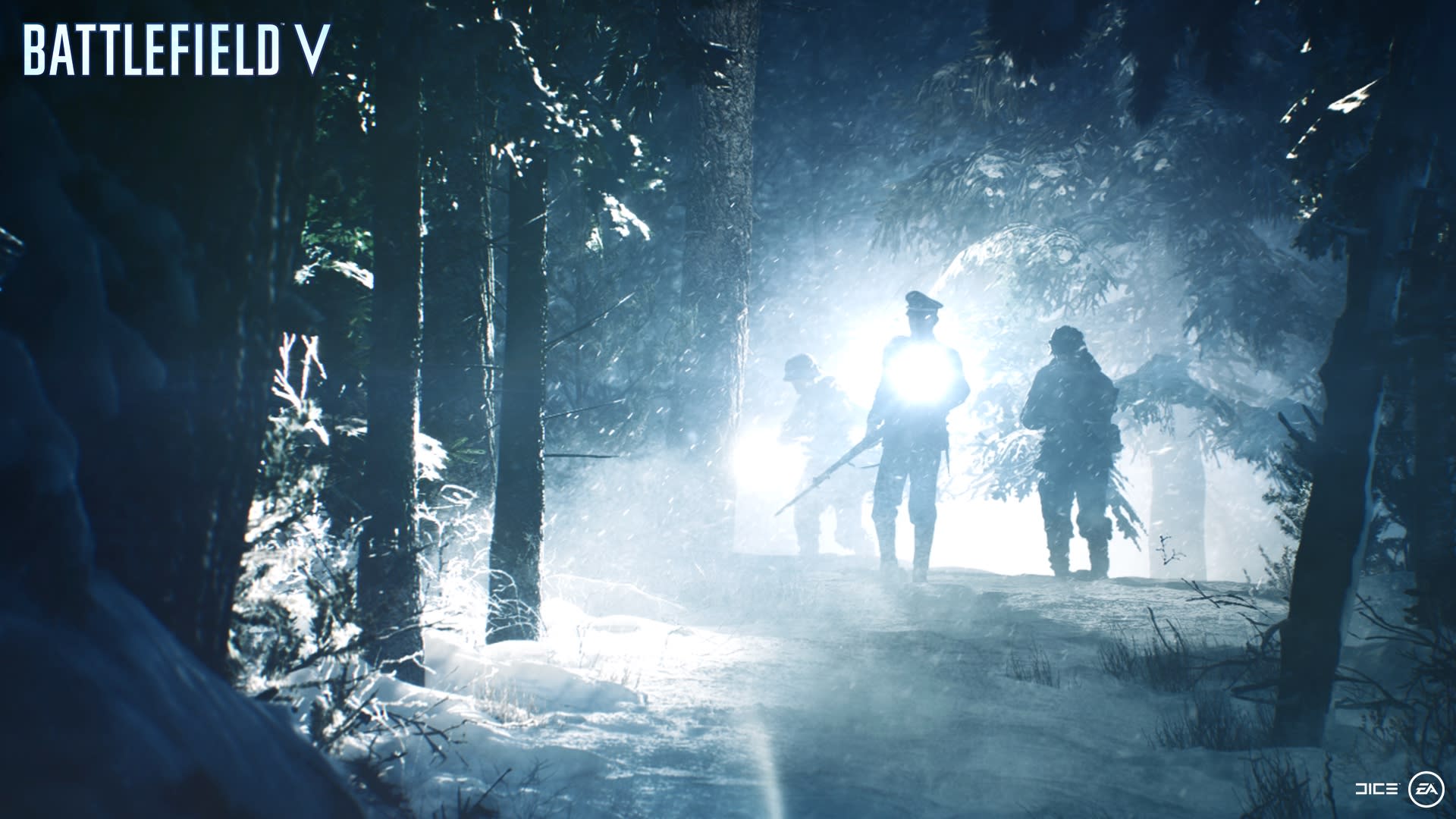 DICE knows a thing or two about the perils of shipping a game before it's ready. That's why it and Electronic Arts are pushing the release date for Battlefield V back by almost a month. The World War II shooter will now be released on November 20th instead of October 19th. That puts it out of spitting distance of Red Dead Redemption 2 (out October 26th), the game seemingly every other publisher is trying to avoid on calendar.

This delay also means there's over a month between Battlefield and its closest competition, the multiplayer-only Call of Duty: Black Ops 4, which will be released October 12th.

From the sounds of the blog post, DICE is taking the extra time to balance the game's multiplayer and "make some final adjustments to core gameplay." The multiplayer beta starts September 6th, and it's all but guaranteed that the studio will be making tweaks for launch based on the test period.

"We know moving the launch date means that we all have to wait a little longer," the post reads. "But we're going to take our time to make sure we get it right."

It looks like EA has learned its lessons from the Mass Effect Andromeda fiasco, and Battlefield 4 before it, and would rather not have to make an overlong, awkward apology next June at E3. The delay could prove fruitful.

For starters, it gives DICE more time to work on the game. It also makes a wider berth between Battlefield and CoD from a sales standpoint. For you and me, though, it means we'll have time to get our RDR 2 fix before searching for DICE's grayer, grittier multiplayer pastures.

In this article: battlefield, battlefieldv, business, delay, dice, ea, electronicarts, fps, gaming, pcgaming, playstation, Playstation4, ps4, windows10, worldwarii, xbox, xboxone, xboxonex
All products recommended by Engadget are selected by our editorial team, independent of our parent company. Some of our stories include affiliate links. If you buy something through one of these links, we may earn an affiliate commission.