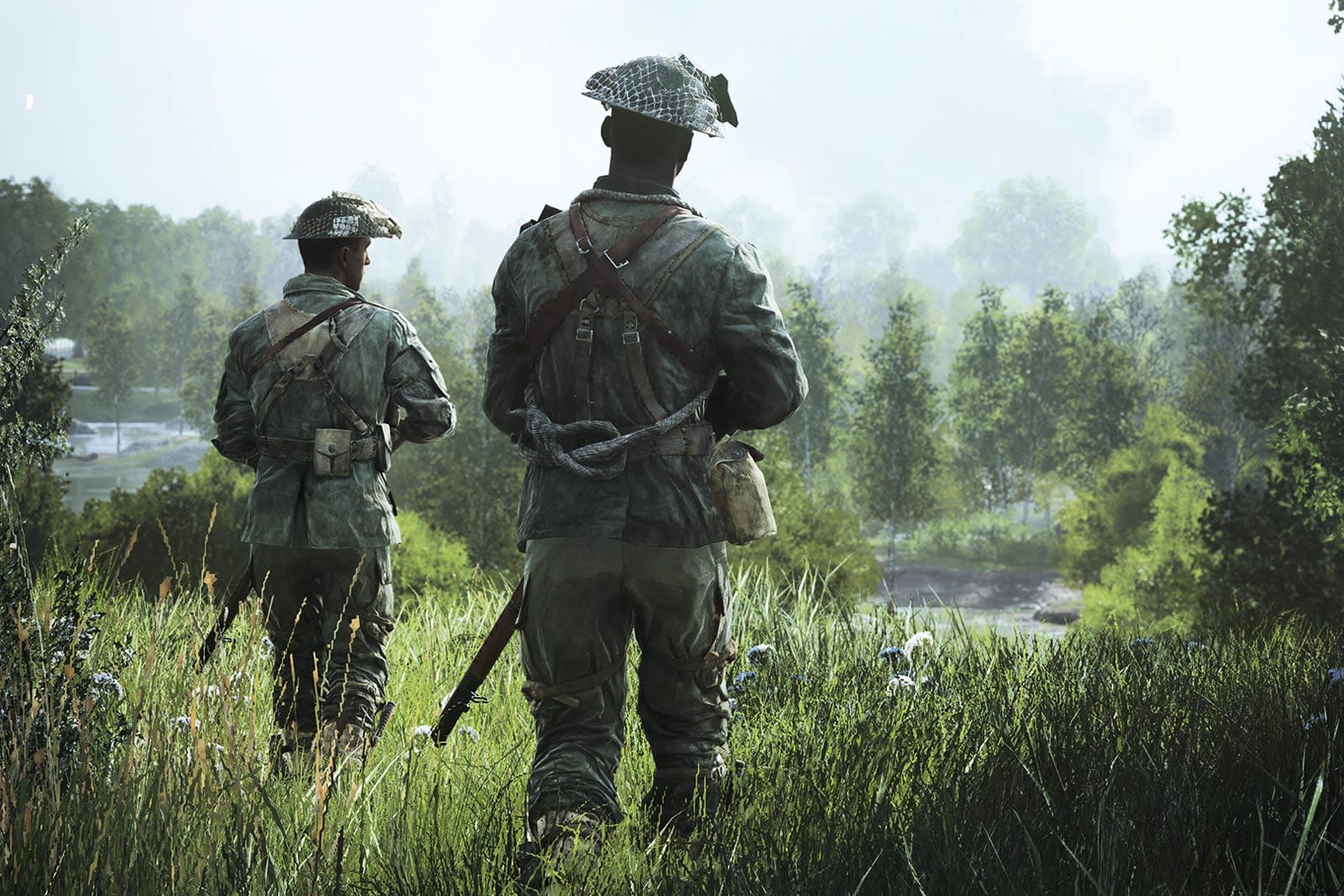 You'll have to wait a while if you want to see Battlefield V's much-touted battle royale mode. EA DICE has detailed the post-launch roadmap for its WWII shooter, and the vaunted "Firestorm" battle royale experience will arrive as part of a "Trial by Fire" chapter starting in March 2019 (it's not clear if the mode will be available right away). While the last-one-standing experience isn't the only tentpole feature of BFV, it's safe to say this will be disappointing if you expected to play it over the holidays.

The chapter is part of a larger "live service journey" for the game that begins in earnest in December. The first phase ("Overture," which lasts until January) brings a free-form Practice Range mode, a single-player story ("The Last Tiger"), vehicle customization and tank fights in Belgium. A second "Lightning Strikes" phase (January to March) will bring a co-op Combined Arms operation, the return of Rush competitive play and a Squad Conquest mode. In addition to battle royale, the spring release will add the Greece theater, a Combined Arms mission and an unnamed multiplayer mode. There's more coming after the spring, as well.

It's not clear what prompted moving battle royale to spring, but it might not be a bad thing. The genre is increasingly crowded between titles like Fortnite, PUBG and Call of Duty: Black Ops 4, and BFV risked being overshadowed. There's still a risk of that in spring, but it might offer some breathing room. The extra time should also provide more opportunity for polish that ensures a smooth launch.

In this article: av, battlefield, battlefieldv, dice, ea, eadice, games, gaming, personal computing, personalcomputing, ps4, videogames, windows, xboxone
All products recommended by Engadget are selected by our editorial team, independent of our parent company. Some of our stories include affiliate links. If you buy something through one of these links, we may earn an affiliate commission.