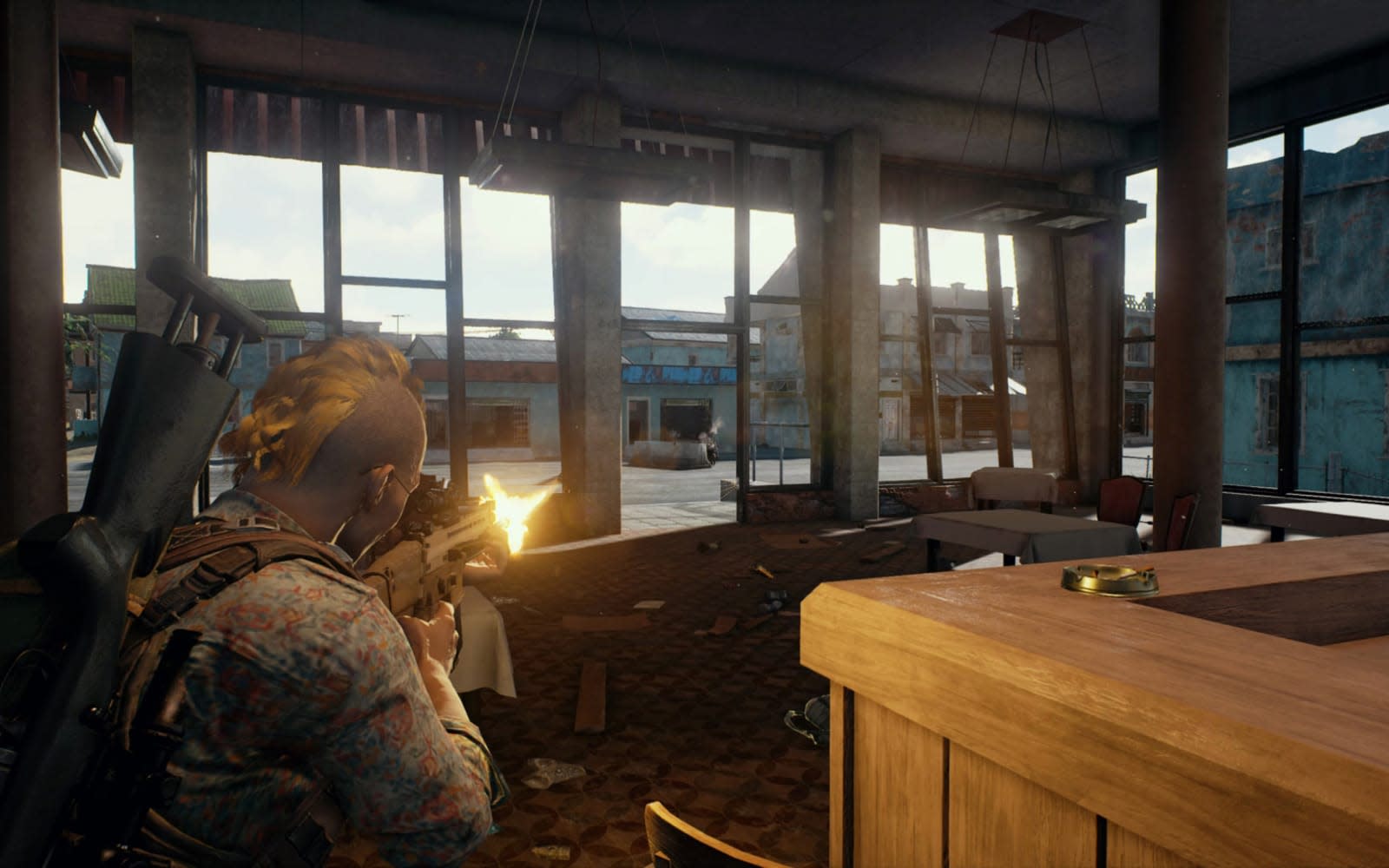 Since 2017, PlayerUnknown's Battlegrounds has been exclusive to PC and Xbox. That could be changing. The battle royale game may appear on PlayStation 4 soon if a Korean ratings board slip-up (spotted by Eurogamer) is to be believed. Each time I've spoken with PUBG Corp over the past year, whoever I've talked to said that a PlayStation 4 version wasn't in the cards because the team wanted to get the Xbox version up to par with the PC first. It looks like that time may have come.

Earlier this month PUBG hit version 1.0 on Xbox, some nine months after it did so on PC. On paper, both platforms have reached parity, even though they're both still a little janky despite coming out of Early Access on Steam and Game Preview on Xbox.

Microsoft has been pushing PUBG extremely hard as an exclusive game for the past year. From splashy ad campaigns and console bundles to attempts at viral videos, you'd be forgiven for thinking PUBG was owned by the company. Which likely means Microsoft paid a hefty sum for it to not appear on Sony's hardware. Those type of deals usually have an expiration date (typically a year). That, combined with the previous statements makes this rating seem fairly plausible -- especially when the same ratings board classified Fortnite on the Nintendo Switch prior to the official announcement.

PlayStation doesn't have a program for playing in-development games, so the version of PUBG for PS4 would have to be relatively stable right out of the gate. The developer has made a lot of noise about how it was taking fan feedback into account for future work, launching an online portal for fans to complain help with development and boasting it was on a three month sprint to fix the game. That was announced in August, which would put any potential fixes in place by November. PUBG launched on Xbox last December 12th, so the timeline points to a possible December release date on PS4.

Unlike when the game debuted on Xbox last year though, it'll have some competition on PlayStation 4. H1Z1 from Daybreak Studios (formerly Sony Online Entertainment) is doing quite well on the platform, and it's free-to-play. That's to say nothing of Fortnite which is also available and free-to-play. Given that PUBG isn't free-to-play on Xbox or PC, don't expect it to be on PS4.

Of course, the game will also potentially have to fight against Call of Duty: Black Ops 4's and Battlefield V's take on the battle royale game-type when those are released this fall.

Even if it doesn't set the PS4 world on fire, Microsoft is still losing PUBG as a big-name exclusive (console or otherwise) that isn't a Forza, Gears of War or Halo when it has precious few of those. Xbox chief Phil Spencer has said in the past that buying exclusive rights to third-party games isn't a viable business move for any platform in the long-run. Three years later, his company is still making those same business moves and feeling their side effects, though.

In this article: business, earlyaccess, exclusive, gamepreviewprogram, gaming, microsoft, pcgaming, playerunknownsbattlegrounds, playstation, playstation4, pubg, sony, steam, xbox, xboxone
All products recommended by Engadget are selected by our editorial team, independent of our parent company. Some of our stories include affiliate links. If you buy something through one of these links, we may earn an affiliate commission.