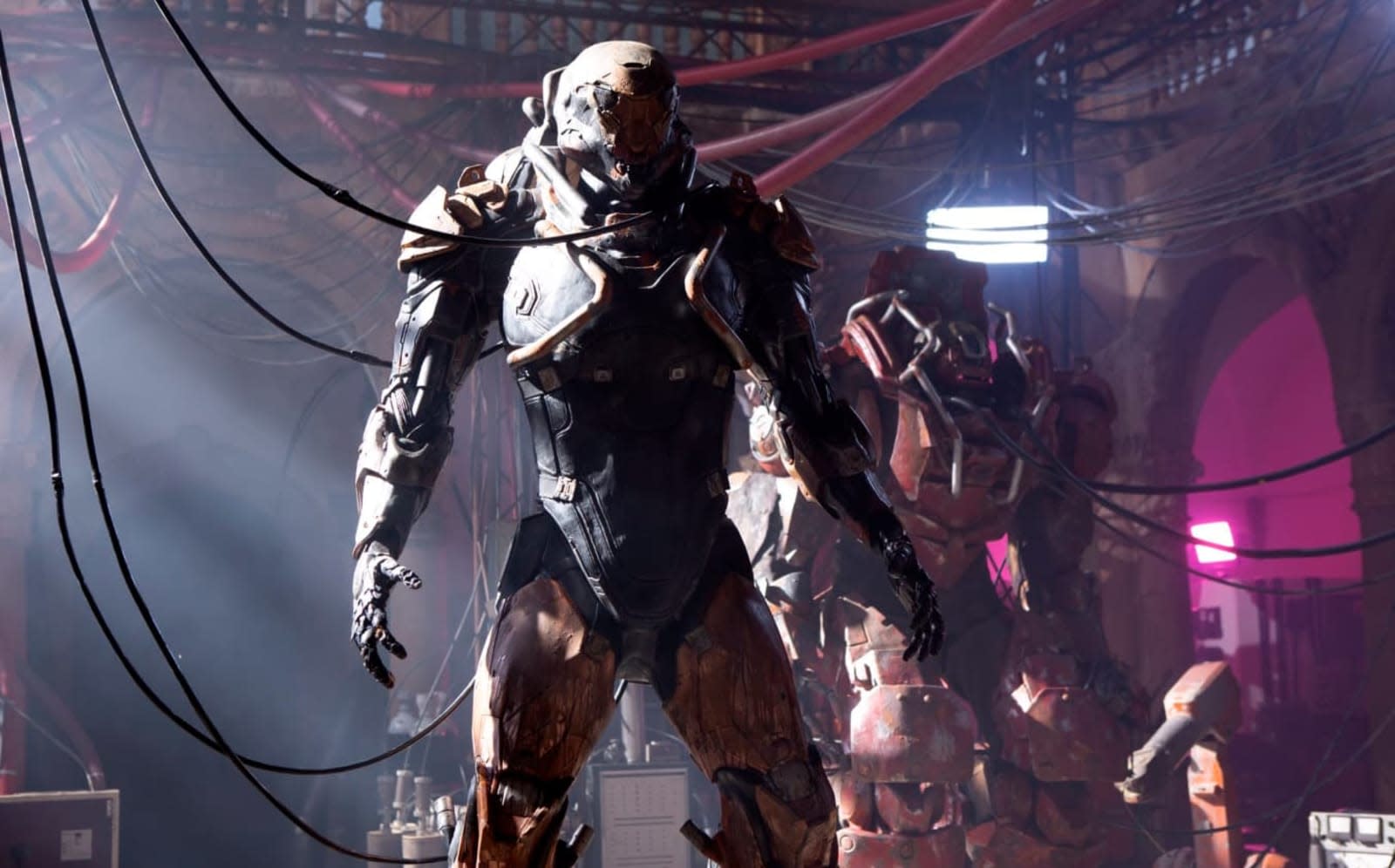 A short film set in the world of BioWare's online shooter Anthem, which highlights some of the universe's lore, dropped on Thursday morning. Conviction is directed by Neill Blomkamp, a name you might recognize from District 9, Chappie, the ill-fated Halo movie or an upcoming RoboCop reboot.

Conviction takes us back decades before the events of Anthem, and Blomkamp uses his typical style of blending realistic CGI with live-action footage to bring the Fort Tarsis player hub to life. The three-and-a-half minute short is styled more like a movie trailer than a narrative-driven film of its own.

It's fairly light on story, though it depicts a mysterious young woman who some freelancers (the player-controlled characters in the game) find in the jungle and bring back to Fort Tarsis. The woman seems to later become a freelancer herself, and an imposing being, perhaps a member of the villainous Dominion society, appears to interrogate someone regarding her whereabouts. Conviction is also packed with dazzling, rich visuals that give a taste of some of the game's mechanics, such as the customizable Javelin exosuits and a few of the abilities you might be able to use to your advantage, such as an earth-shattering punch.

You'll be able to explore more of the Anthem universe for yourself when the game arrives February 22nd on PC, PS4 and Xbox One. Origin Access Premier members will get early access to the full game on Friday.

In this article: anthem, av, bioware, ea, electronic arts, entertainment, games, gaming, neill blomkamp, short film
All products recommended by Engadget are selected by our editorial team, independent of our parent company. Some of our stories include affiliate links. If you buy something through one of these links, we may earn an affiliate commission.