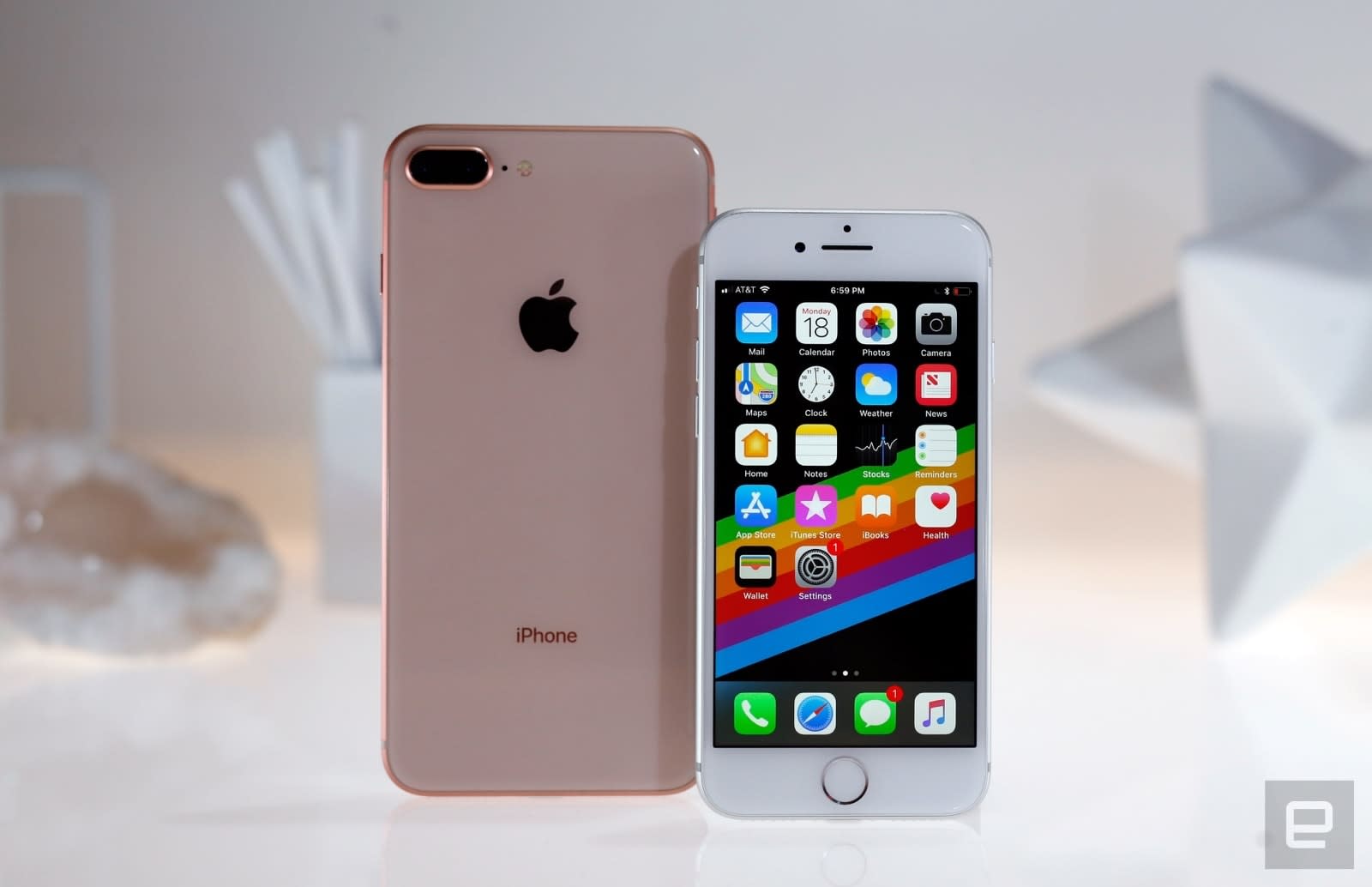 It sounds like Apple is done trying to fight an injunction in Germany brought about by its legal battle against Qualcomm. According to Reuters, the tech giant will resume selling the older iPhone models that were banned in the country after a Munich court sided with the chipmaker. Apple isn't defying the court order, though: it said that going forward, it will only use Qualcomm modems for the iPhone 7 and 8 devices it's going to sell in the European nation.

See, Apple uses either Qualcomm's or Intel's telephony technologies for the disputed iPhones. But in order to be able to bring them back to Germany, the company is leaving Intel's modems out in the cold and swapping them with Qualcomm parts.

Qualcomm filed the lawsuit that spawned the injunction over a patent violation around envelope tracking, which is a feature that helps phones preserve battery while sending and receiving wireless transmissions. To be clear, Intel's modems aren't directly involved in the lawsuit. Qualcomm specifically named Apple supplier and semiconductor-maker Qorvo as the one that infringed on its intellectual property. It just so happened that Qorvo's chips are only present in iPhone devices with Intel modems.

The German court that sided with Qualcomm ordered the injunction in December 2018, so Apple hasn't been able to sell iPhone 7 and 8 devices in the country for almost a couple of months. Apple tried to fight the decision, but the chipmaker paid security bonds worth a whopping $1.5 billion to make sure the ban is enforced. The company is completely at Qualcomm's mercy in this particular case, and it might have decided to back down after an earnings miss due to selling fewer iPhones than expected.

Even though the tech giant is playing Qualcomm's game in the European country, it's far from being back on friendly terms with the equipment-maker. It once said that Qualcomm is involved in illegal patent licensing practices to maintain a monopoly on mobile modem chips, and the statement a spokesperson gave Reuters shows that there's still no love lost between the two:

"Qualcomm is attempting to use injunctions against our products to try to get Apple to succumb to their extortionist demands."

In this article: apple, gear, germany, iphone 8, mobile, qualcomm
All products recommended by Engadget are selected by our editorial team, independent of our parent company. Some of our stories include affiliate links. If you buy something through one of these links, we may earn an affiliate commission.