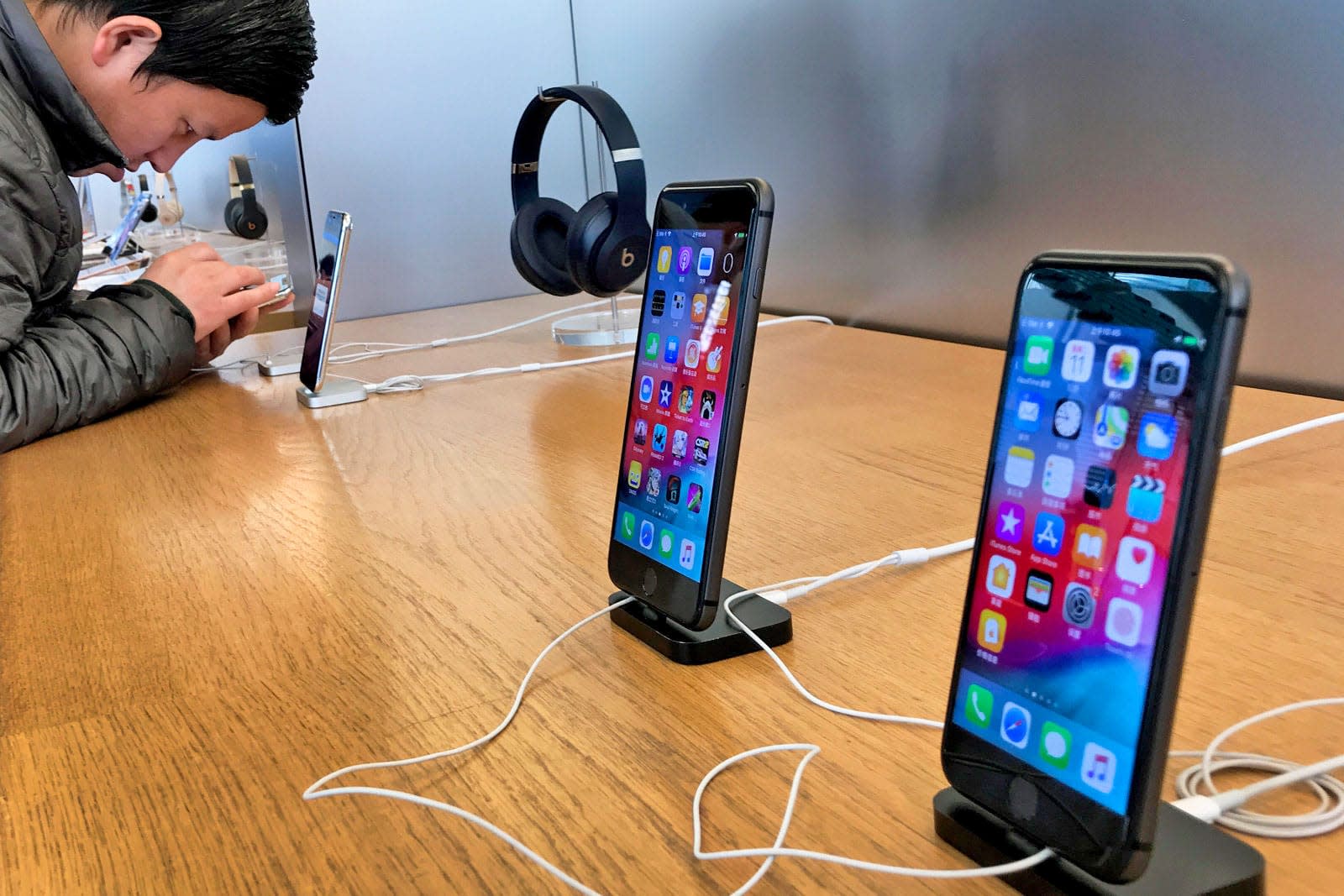 A court in Munich, Germany ordered an injunction against Apple that will prevent the company from selling some iPhones in the country, Reuters reported. The decision comes as part of an ongoing legal battle between the iPhone maker and chip manufacturer Qualcomm. Apple plans to appeal the ruling, but the company will stop selling the iPhone 7 and 8 during the appeal process. Those devices, as well as other iPhone models, will continue to be sold through carriers and third-party retailers in the country.

At issue in the case are iPhones models that allegedly use technology developed Qualcomm but parts from other manufacturers, including Intel and semiconductor company Qorvo. According to judge Matthias Zigann, the iPhones containing those third-party parts violate Qualcomm's patents around envelope tracking, a feature that helps phones preserve battery while sending and receiving wireless transmissions. Qualcomm will have to pay a $765 million bond in order for the ruling to go into effect.

This marks the second major win for Qualcomm in its long legal struggle with Apple. Earlier this month, the company won a similar ruling in China that required Apple to stop selling the iPhone 6S, 6S Plus, 7, 7 Plus, 8, 8 Plus and X within the country. Apple has disputed the scope of that ruling and has essentially ignored the ban by continuing to sell iPhones in China. Qualcomm has also asked the Chinese courts to extend the injunction to the iPhone XS and XR.

In this article: apple, business, china, gear, injunction, iphonexr, iphonexs, phoneSales, politics, qualcomm
All products recommended by Engadget are selected by our editorial team, independent of our parent company. Some of our stories include affiliate links. If you buy something through one of these links, we may earn an affiliate commission.