The Q4 e-tron will become a production model by early 2021.

The third car in Audi's all-electric lineup isn't going on sale until early 2021, but that two-year wait gets a little bit harder when you see what's coming. Ahead of the Geneva Motor Show, the Automaker has shown off a series of concept designs for the Q4 e-tron, a compact SUV. According to a terse statement, Audi says the concept "provides a glimpse of the next stage of Audi electric mobility."

It's not unreasonable to suggest that the production model will look a lot like the Q4 that's expected to go on sale in a few months. That vehicle is likely to be positioned as the equal to other sporty SUVs in its category, like BMW's X2 or the Range Rover Evoque. The Q4 e-tron, meanwhile, will probably arrive with less of the aggressively sci-fi stylings, such as the flattering-to-deceive wheels and haunched arches. 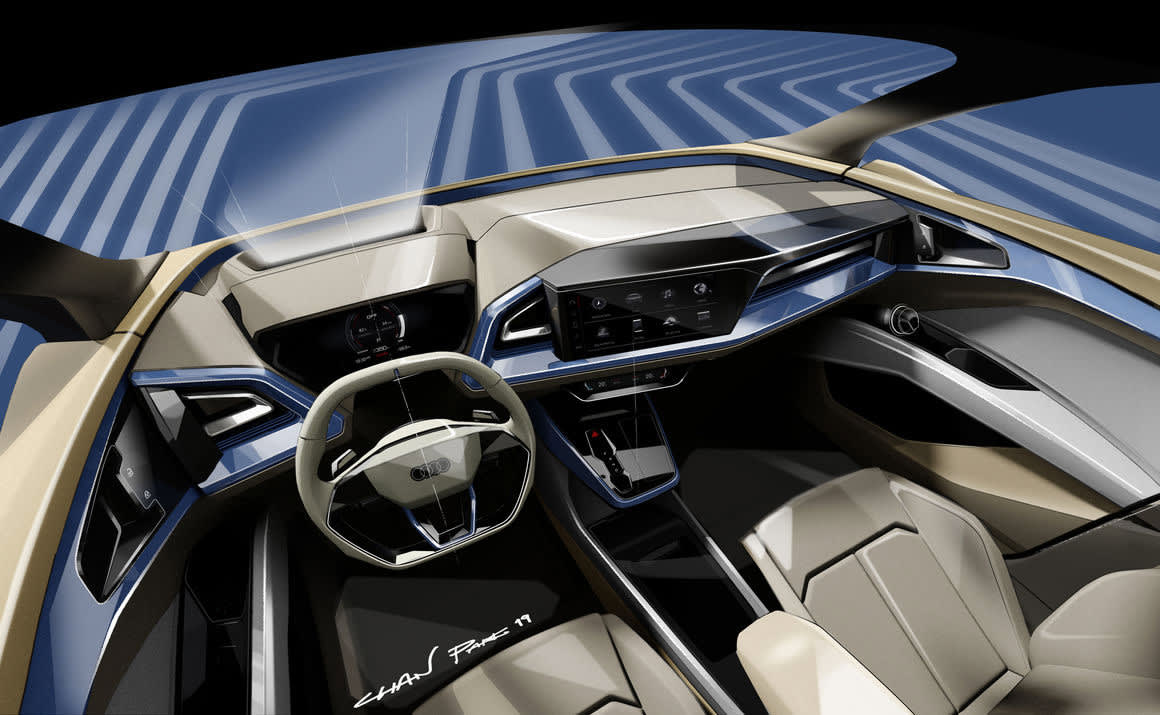 Concept images of the cabin show a sweep-around dash that looks a little more aggressive than the e-tron's interior. It is, however, a little less tech-y than, say, the older e-tron concept, which had five screens pointed at the driver. That's pretty much all the company is prepared to talk about at this point, preferring to save most of the razzle-dazzle for the motor show itself.