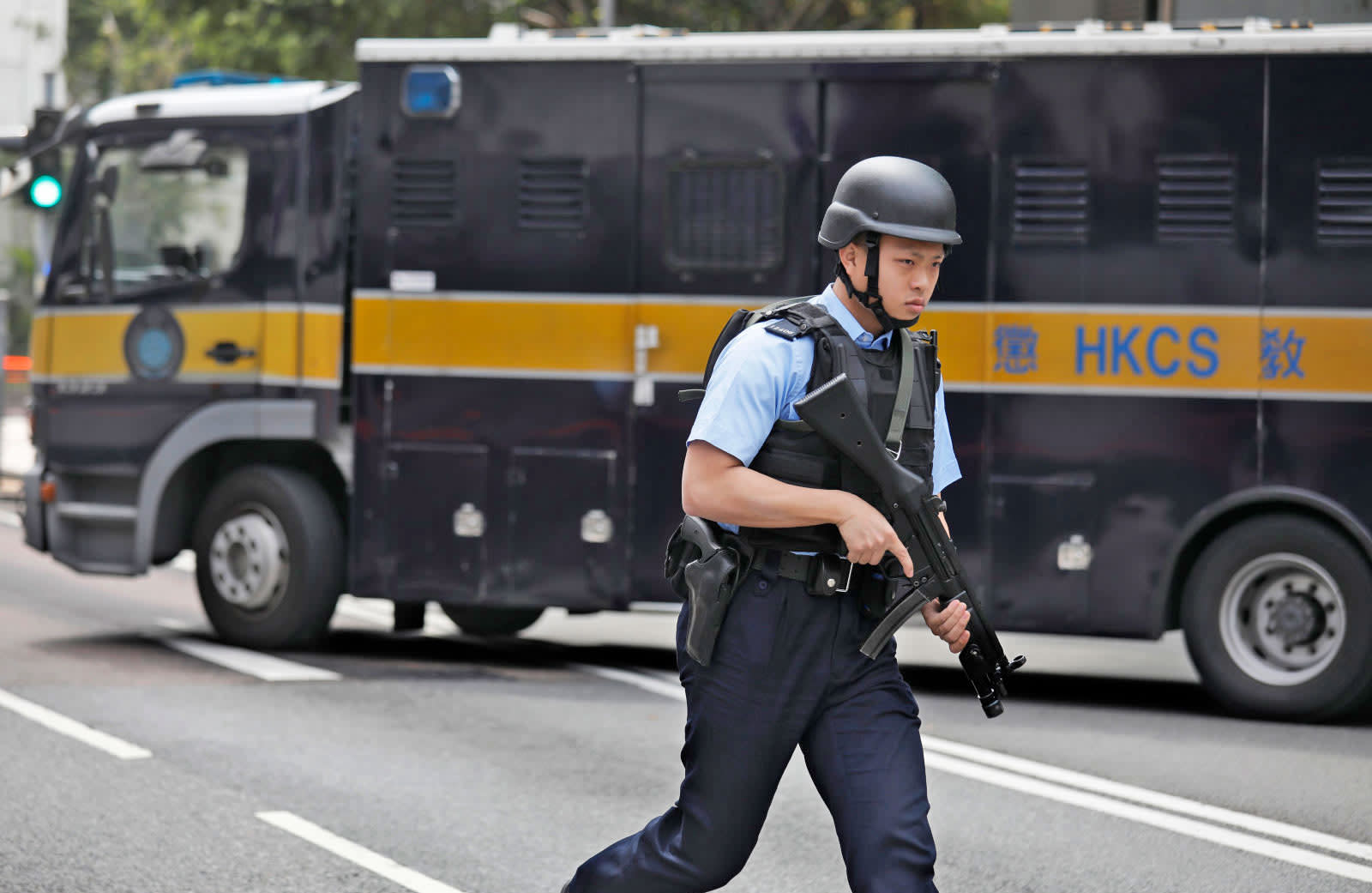 Prisons in Hong Kong are testing a variety of high-tech services that will allow correctional facilities to better track inmates, according to the South China Morning Post. The city's Commissioner of Correctional Services, Danny Woo Ying-min, claimed the new services will be used to monitor for abnormal behavior among the incarcerated, prevent self-harm, and operate the prisons more efficiently.

The "smart prison" initiative includes strapping inmates with fitness tracker-style wristbands that monitor location and activity, including heart rate. Some facilities will also start to use video surveillance systems that can identify any unusual behavior, fights and attempts to inflict harm on one's self. Correctional Services is also testing robots that will be used to search for drugs in feces from inmates. The robots, which reportedly cost about $125,000, seem to have less to do with supposed inmate safety methods and increased efficiency and more to do with guards not wanting to deal with poop.

While the programs are being positioned as an attempt to keep inmates safe, the new smart programs likely feel invasive for the incarcerated who are being subject to them. The video surveillance system includes placing cameras in bathrooms, and the tracking wristbands place inmates under permanent watch of guards even when they aren't in front of a camera.

Evolving technology has opened up new ways to track incarcerated people with little consideration given to their rights. Recently, it was revealed that prisons in the US were creating audio prints of prisoners and people they spoke to on the phone, often without permission, while UK jails once considered RFID implants for people behind bars.

In this article: correctional services, gear, hong kong, politics, prison, robots, security, surveillance, tomorrow, tracking, tracking wristband
All products recommended by Engadget are selected by our editorial team, independent of our parent company. Some of our stories include affiliate links. If you buy something through one of these links, we may earn an affiliate commission.