The third season of Stranger Things won't arrive until July, but you might be able to while away some of the time by checking out the Dungeons and Dragons adventure the gang plays in the first episode. Hasbro is releasing a D&D starter kit based on "Hunt for the Thessalhydra" on April 22nd.

The $25 pack includes D&D basics such as character sheets, dice and a rule book, so Hasbro is making sure beginners can join in. There are also five Stranger Things character sheets based on those used in the show, including Will the Wise and Dustin the Dwarf.

A Stranger Things x D&D crossover always seemed inevitable. It was from D&D that the boys borrowed the name for the violent Demogorgon monster in Season 1. Naturally, there's a place for the creature in this kit. It includes two Demogorgon figures, one of which is prime for painting. You'll also have to battle the beast if you're to be successful in "Hunt for the Thessalhydra." Hasbro unveiled the kit at the New York Toy Fair, and you can preorder a set now.

Elsewhere in Stranger Things games news, an '80s-themed version of Trivial Pursuit is on the way. It includes questions on pop culture, famous people, events, trends, technology and, yep, Stranger Things. There's a twist, as there are several portal spaces dotted around the board. Land on one, and you'll have to flip the board so that every player will be in the Upside Down, a place where you can lose those all-important wedges if you get questions wrong. It also ships April 22nd, and you can pre-order it for $20. 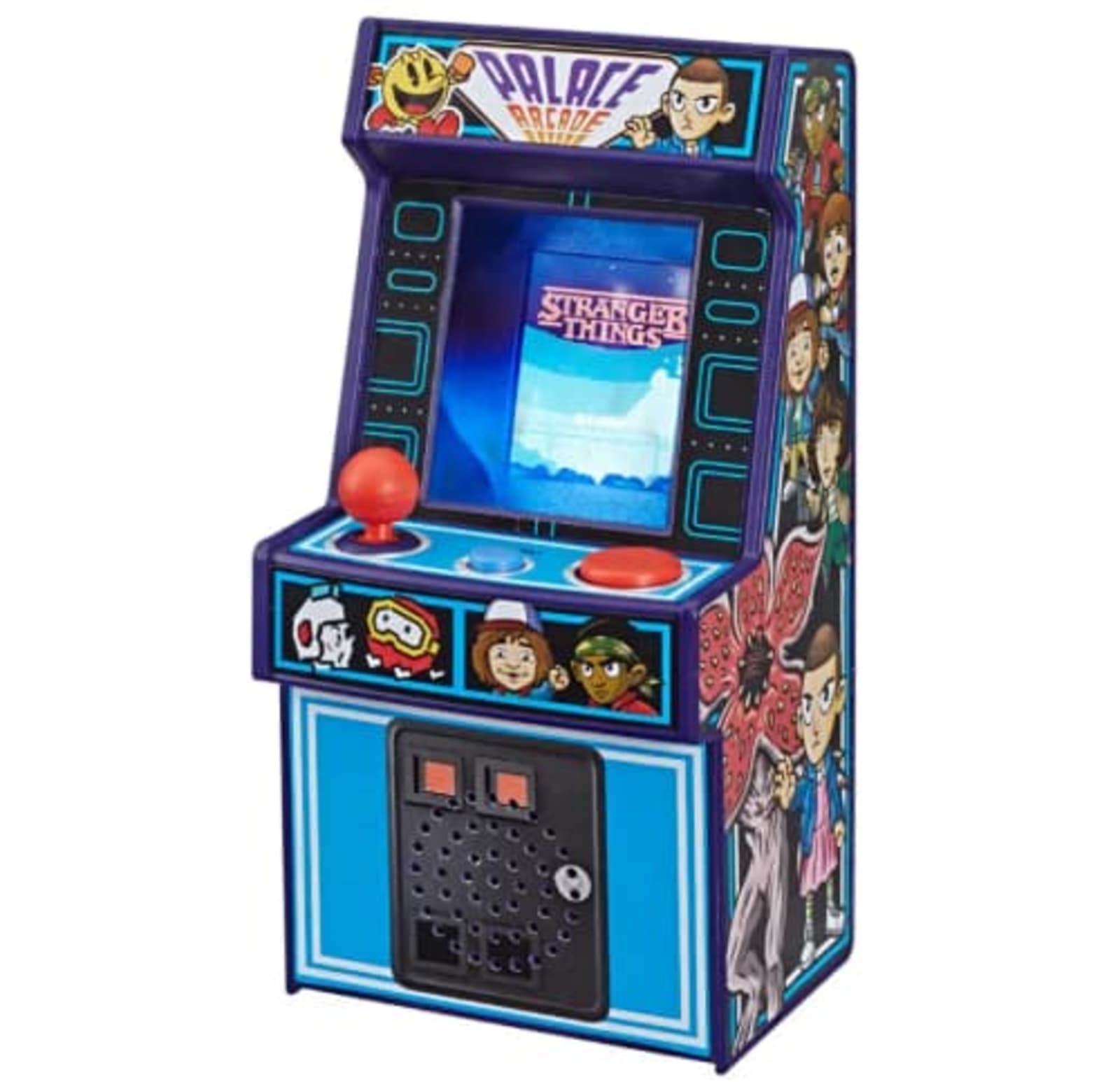 That's not all, though, as a mini arcade console will be available on that same date. It has 20 games, including 16 Stranger Things-themed titles along with Pac-Man, Dig Dug, Galaga and Galaxian. It will cost $30. Meanwhile, if that's not enough Stranger Things to add to your life before Season 3, there are also official tie-in novels.

Update 2/14/19, 3:30PM ET: Updated to change release date from May 1st to April 22nd, per full details we received from Hasbro. Also, Hasbro says that the mini arcade console isn't a Target exclusive, but instead will be available at "most major retailers nationwide."

Update 2/17/19: We've added some photos from Toy Fair, including interior pages of the Dungeons & Dragons rulebook.