They include a sports-focused smartwatch and an AirPods rival.

An update Samsung has rolled out to its Galaxy Wearable app has confirmed that the tech giant truly is working on a new pair of wireless earbuds and a sports-focused smartwatch. Those devices were the subject of some images and information that leaked online over the past couple of weeks. Now, Samsung itself has added them to its official application. SamCentral was the first one that spotted the update, though it's not entirely clear if the company really wanted to give us a glimpse of its upcoming devices or if it revealed them by mistake. 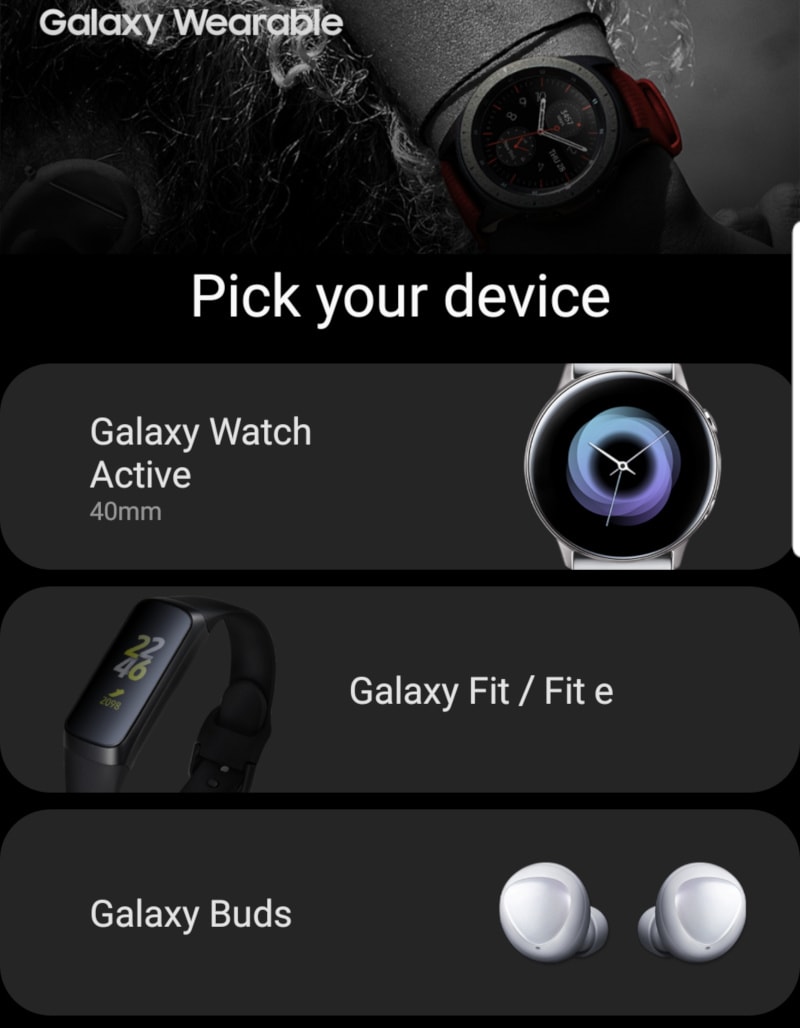 As you can see in the screenshot of the application, the sports-focused smartwatch is officially called the the Galaxy Watch Active. The 40mm designation below it pertains to its case size, and its photo shows that it won't be coming with a rotating bezel like previous Galaxy smartwatches did. Samsung's Galaxy Buds listing doesn't have any additional info to go along with it, but the previous leak said you'll be able to charge the earbuds on the back of a Galaxy S10. Finally, the Galaxy Fit and Fit e listing looks like it's for a fitness band similar to previous Gear Fit devices.

All three previews are still live on Samsung's wearables application, if you want to take a closer look. You might not have to wait that long for their official launch anyway: Samsung is hosting an Unpacked event on February 20th, where it's expected to reveal the Galaxy S10.

Turn on browser notifications to receive breaking news alerts from Engadget
You can disable notifications at any time in your settings menu.
Not now
All products recommended by Engadget are selected by our editorial team, independent of our parent company. Some of our stories include affiliate links. If you buy something through one of these links, we may earn an affiliate commission. All prices are correct at the time of publishing.
Samsung's own app reveals its upcoming wearables
app
gear
leak
mobile
samsung
wearables