Ask any parent of a school-aged child and they'll probably tell you nurturing toys are big now. Those are the ones where petting and feeding it are not optional activities, thanks to a series of sensors embedded under the plaything's surface. It's like a Tamagotchi on steroids. Those same parents might also say that drones are still pretty popular, before complaining about their child terrorizing the dog with one. The two product categories couldn't have been more different, until this week's Toy Fair. Spin Master's new Owleez is a cute little owl you must care for until it gains the confidence to take to the skies thanks to the rotors hidden beneath its feathered exterior.

So yeah, it's basically a helicopter hidden inside an adorable ball of fluff and color. Owleez has large glowing eyes that change color depending on its mood, and sensors on the top of its head and belly as well as one under its beak, the better to feed it its favorite (toy) berries. It's also motion sensitive, so you'll have to rock it to sleep too. Like most other nurturing toys it'll coo when happy, and whine when scared or sad. Its size is also pretty endearing, with its round little body fitting comfortably in the palm of your hand like a softball.

And, like in a softball pitch, you'll going to have to do a bit of winding up, swinging your arm back and forth to teach little Owleez the basics of flying. But you don't actually throw the little bird — that's definitely a recipe for a broken toy as well as a danger to anyone in its path (it's very dense). 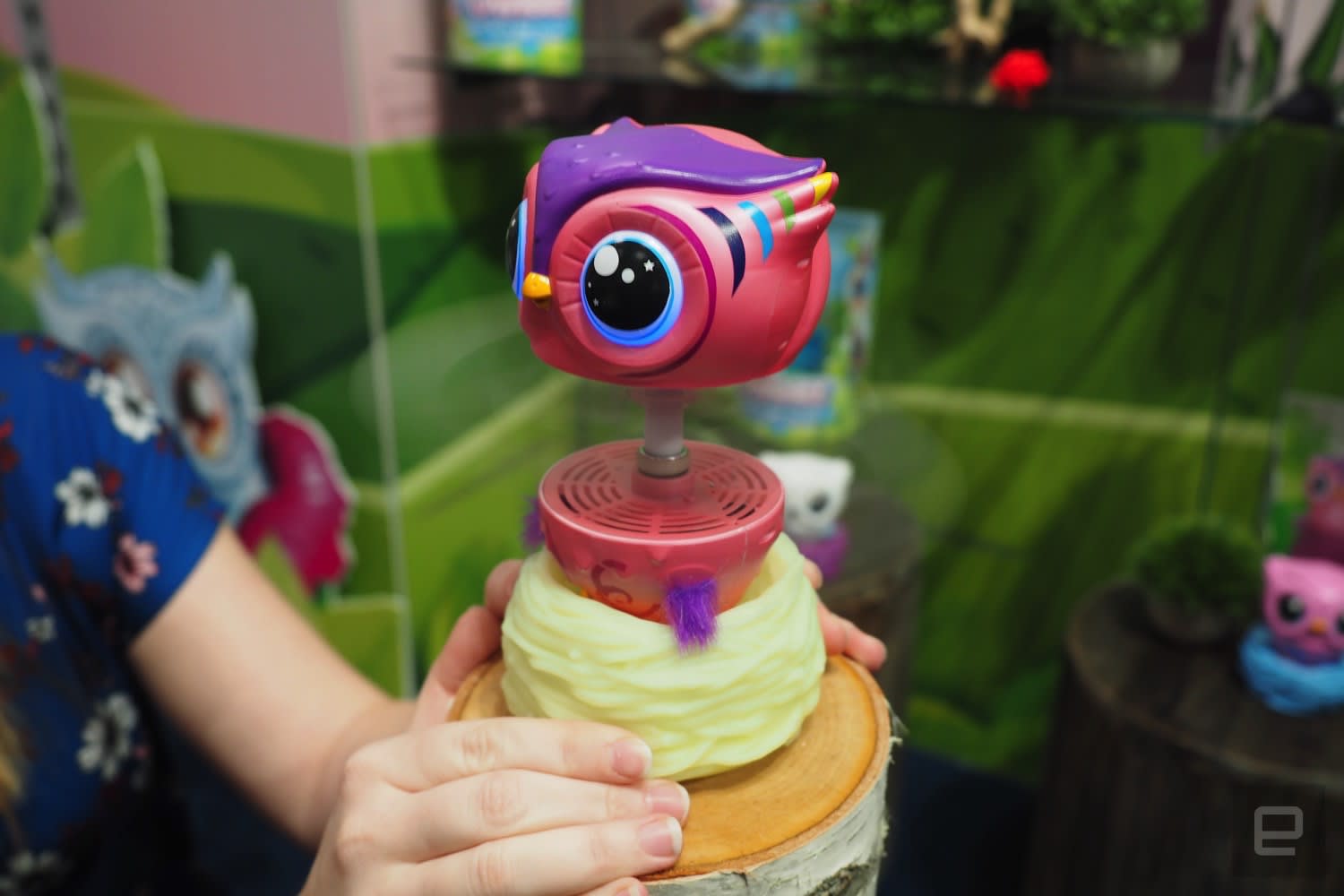 Instead, you place the little owl back inside its nest, and ask it if it's ready to fly. If it's not, its eyes will turn red and it will make a sad little coo. However, if you've practiced "flying" enough, Owleez will stretch its neck to reveal the spinning blades underneath, which will extend and start to spin very, very fast. It's a bit terrifying at first, especially if you were just cuddling it minutes ago. But there's something exhilarating and triumphant about watching the little guy lift off happily toward the ceiling. That is, unless he starts to fly straight at you, which is what happened to me. But the blades are a fairly soft plastic, so it's unlikely little Owleez will claw up your face. 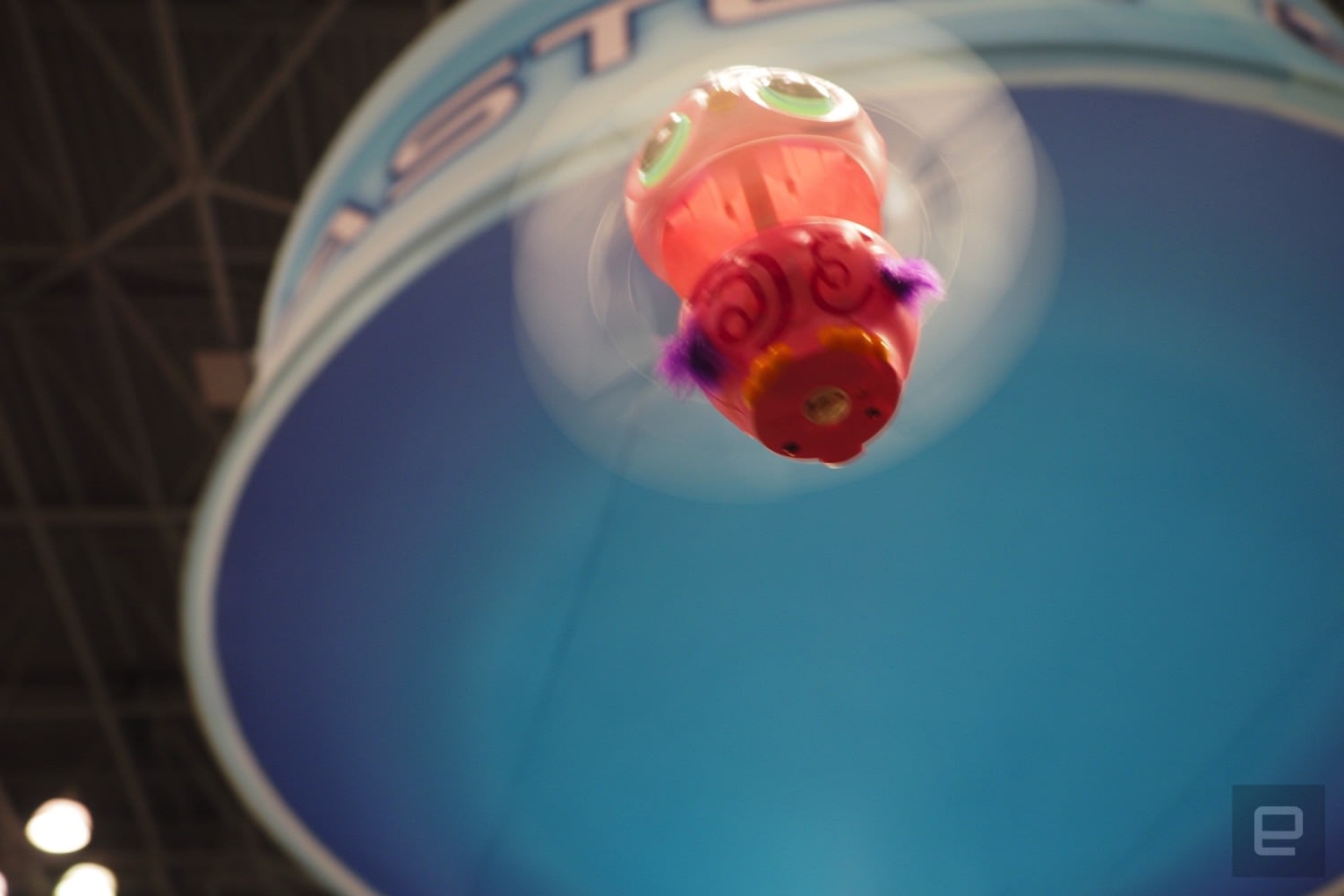 Owleez will eventually float back down to earth and you can put it back in its nest, which also serves as a charging station. The entire thing is well thought out and tooth-achingly adorable, and definitely a combination of technologies I never would have expected. It's also certain to be kid catnip this holiday season. You'll see it in stores this fall for a somewhat reasonable $50.