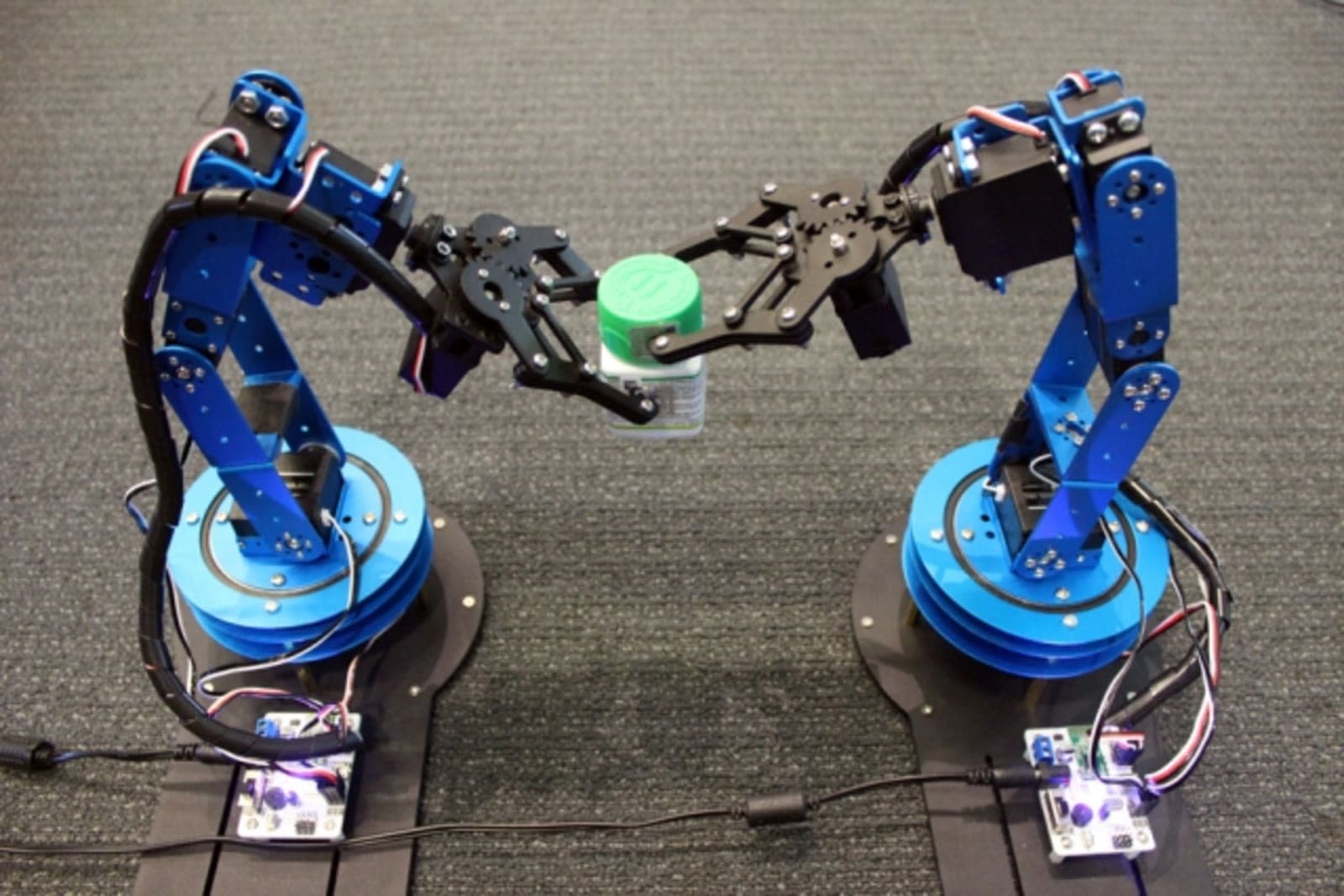 Researchers at the Massachusetts Institute of Technology have developed a new system that will either improve the quality and accuracy of robotics or lead to humanity's inevitable demise at the hands of mechanical overlords. Using RFID tags, the researchers were able to make robots more efficient and accurate when tracking moving objects. The development carries major implications for the future of drones, manufacturing robots and many other applications.

The system, which will be presented in a paper at the USENIX Symposium on Networked Systems Design and Implementation, is surprisingly simple and novel. RFID tags are applied to an object and provides a signal that gives a robot a more precise idea of where its target is. The system could potentially replace computer vision, which is often limited by what is within its range of sight and can lose track of objects in cluttered and fast-moving situations. Radio frequencies, on the other hand, can be identified through walls and other obstacles. According to researchers, robots using the system can locate objects within 7.5 milliseconds with an error range of less than one centimeter.

The system, which researchers call TurboTrack, boasts a lot of potential for use cases in manufacturing. A robotic arm used on an assembly line would benefit greatly from increased accuracy. It could help avoid accidents like the one that occurred in an Amazon warehouse where a robot punctured a can of bear mace and sent dozens of people to the hospital. It could also be used to help dictate the flight patterns of drones, including providing accurate deliveries. And because RFID tags are inexpensive, the system would be cheap to deploy in any number of scenarios.

In this article: design, drones, gadgetry, gadgets, manufacturing, massachusetts institute of technology, MIT, rfid, rfid tags, robots, tomorrow
All products recommended by Engadget are selected by our editorial team, independent of our parent company. Some of our stories include affiliate links. If you buy something through one of these links, we may earn an affiliate commission.