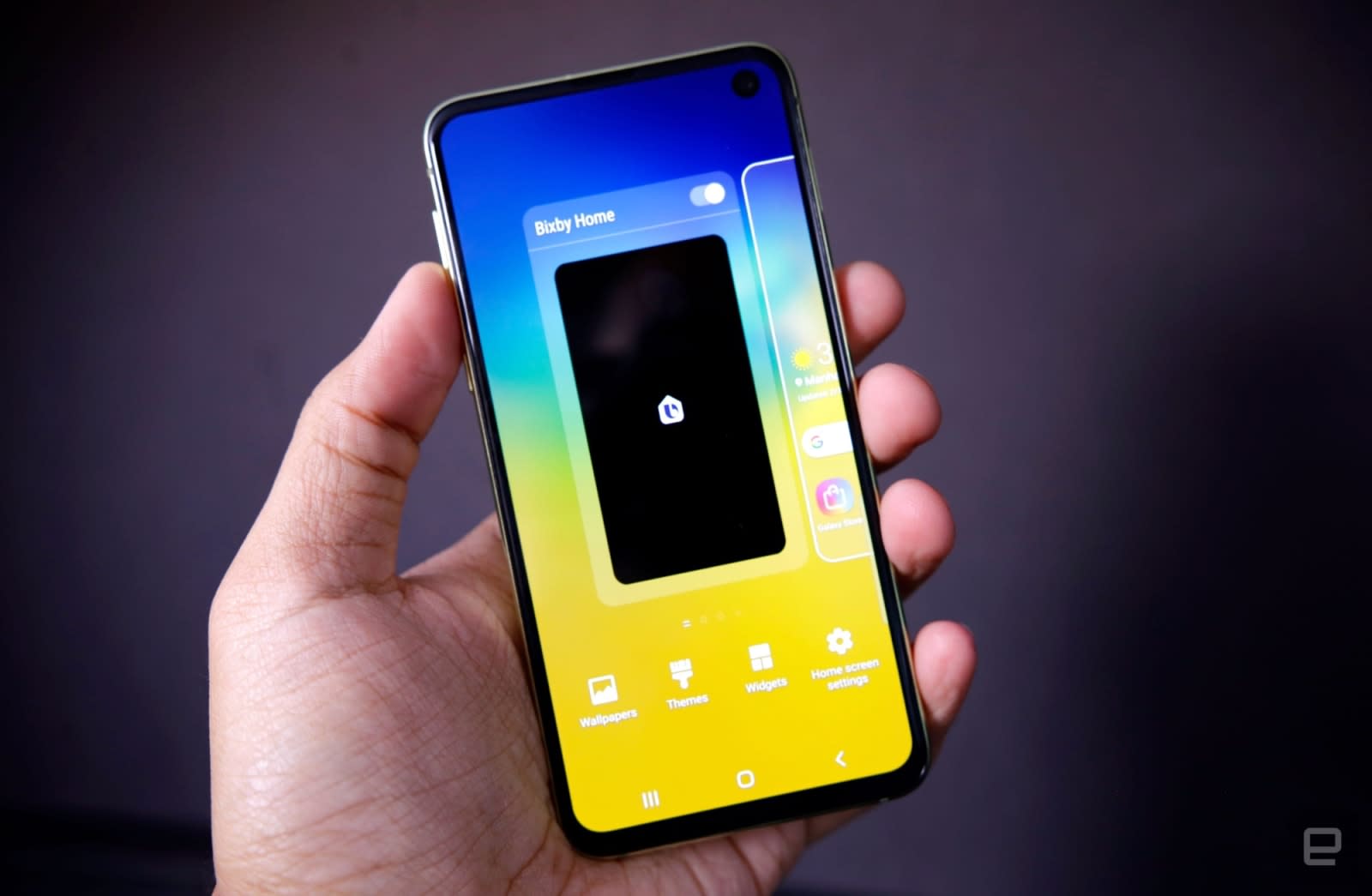 If you like the Galaxy S10 but find the two standard models to be overkill, you're in luck. Samsung has unveiled its rumored Galaxy S10e, delivering most of the regular S10's features in a more affordable package. You'll have a smaller 5.8-inch display, 'just' two rear cameras (more on those in a bit) and a more conventional fingerprint reader, but it's otherwise as fast and eye-catching as its brawnier counterparts. Effectively, it's an iPhone XR for Samsung fans.

The biggest sacrifices over the regular S10 are, like we mentioned, in the display and camera. You'll have to 'settle' for a flat, full HD+ resolution AMOLED screen, and the under-the-screen fingerprint reader has been replaced with a sensor on the phone's side. Likewise, the rear telephoto lens is gone. Not that you'll necessarily mind -- you'll still get a 12-megapixel variable aperture main camera, a 16MP f/2.2 wide-angle camera and a 10-megapixel front shooter nestled in the hole-punch screen. Both front and rear cameras can record 4K HDR video.

The S10e may be a longevity champ, too. The combination of a 3,100mAh battery and smart app loading promises battery life of up to 24 hours. We'll have to judge that claim for ourselves, but it's clear Samsung wants to counter Apple's claims about the iPhone XR's longevity.

The pricing will sound familiar, on that note. Samsung is releasing the S10e on March 8th for the same $750 as its arch-rival, with pre-orders starting on February 21st. Don't call it a budget phone, then -- like the XR, it's really about offering a device at more accessible pricing while the cost of the headlining phones creeps upward.

In this article: android, galaxys10, galaxys10e, gear, s10e, s10event, samsung, smartphone
All products recommended by Engadget are selected by our editorial team, independent of our parent company. Some of our stories include affiliate links. If you buy something through one of these links, we may earn an affiliate commission.