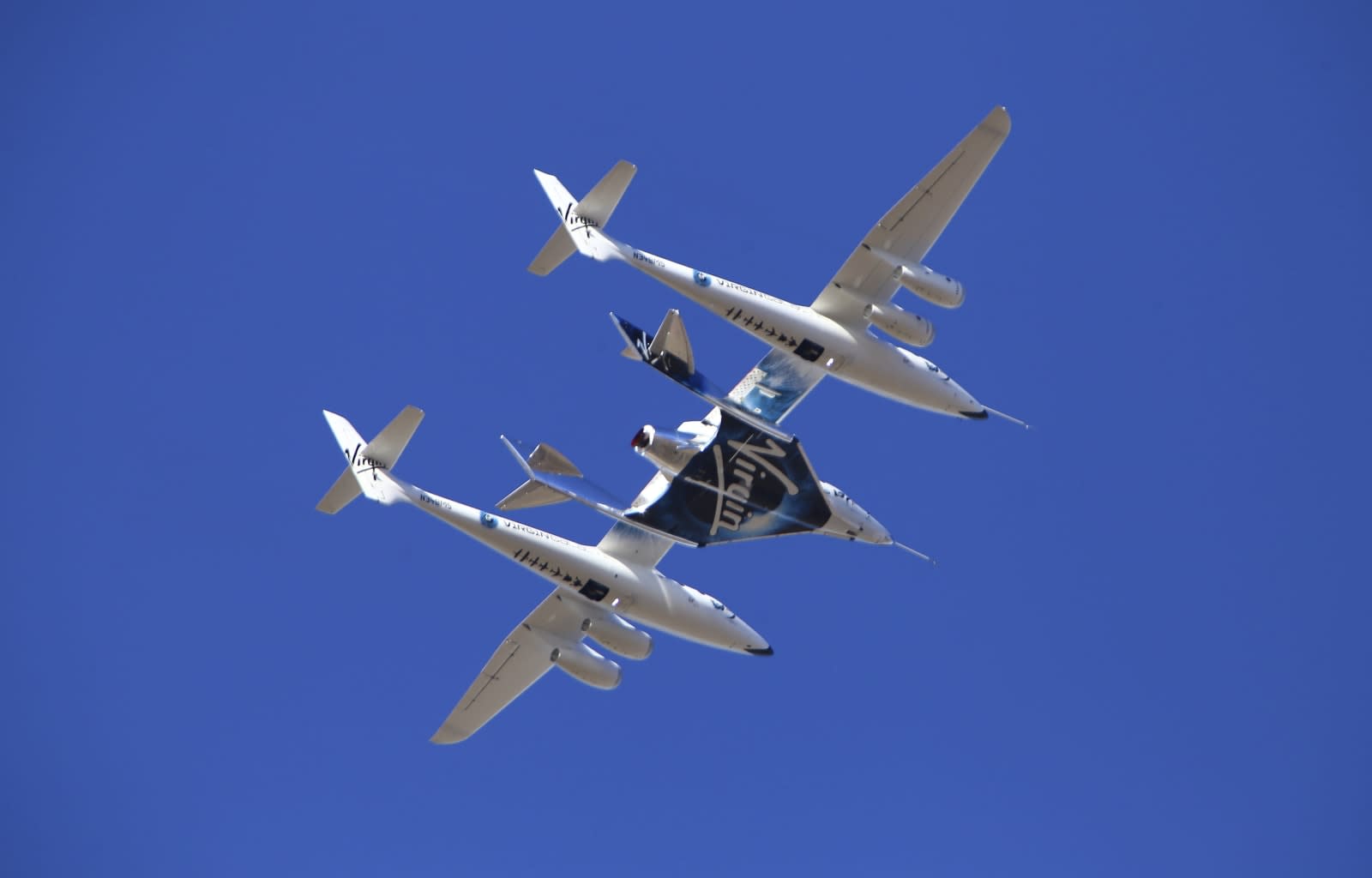 Virgin Galactic sent its first test passenger into sub-space today. The company's chief astronaut instructor Beth Moses accompanied two pilots on a flight 55.85 miles above the Earth, just a few miles below the internationally recognized space boundary, 62 miles. This will likely come as good news to the more than 600 people from 58 countries who have paid or put down deposits for suborbital flights with Virgin Galactic -- some of those passengers have been queuing for as many as 14 years.

SpaceShipTwo in its natural habitat 🚀 🌎 pic.twitter.com/P5cUiwFg0b

Moses and the company's pilots took off just after 11am ET onboard the SpaceShipTwo VSS Unity. Moses, who will train future space tourists, was there to evaluate customer experience and the cabin, Reuters reports. Afterward, she called it an "indescribable ride," and to the company's billionaire founder Richard Branson, she said, "you're going to love it."

Branson is among other moguls racing to bring passengers to space, and Virgin Galactic has been actively pushing the boundaries, flying higher and faster with heavier loads to simulate the weight of passengers. Just a few months ago, SpaceShipTwo reached space for the first time. And as Reuters notes, Branson hopes to be the first passenger on SpaceShipTwo's inaugural commercial flight as early as this summer. If the company succeeds, it will offer 90-minute flights at the bargain price of $250,000.

In this article: CommercialSpaceTravel, richard branson, space, SpaceShipTwo, tomorrow, VirginGalactic, VSSUnity
All products recommended by Engadget are selected by our editorial team, independent of our parent company. Some of our stories include affiliate links. If you buy something through one of these links, we may earn an affiliate commission.