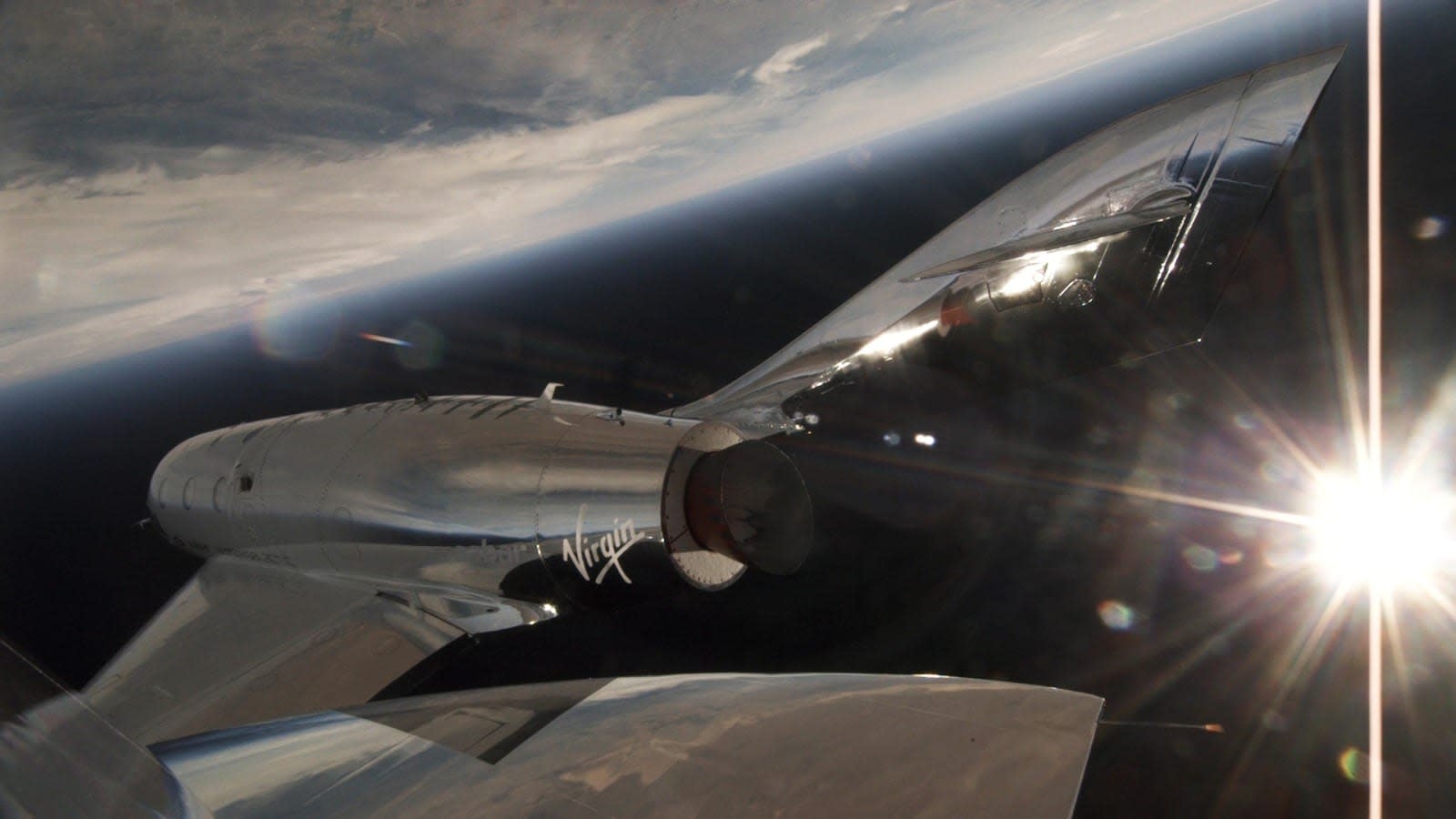 Virgin Galactic is leveling up the SpaceShipTwo's test flights and is planning to burn its rocket motor for durations far longer than it has before. The aerospace company's goal? It wants to reach space for the first time. According to Virgin's announcement, the next phase of the program will have its vehicle (officially called VSS Unity) flying higher and faster than before, with much heavier loads to simulate the weight of passengers it's planning to take on suborbital flights.

The company is hoping to launch its fourth powered test flight with more ambitious conditions when its window opens on December 13th. That means VSS Unity could reach space as soon as Thursday, but Virgin admits that it could take much longer to reach that milestone. The fourth powered flight's main goal is mostly to collect data that can help the company figure out when to shut down the rocket motor, allowing the pilots to experience an extended period of micro-gravity.

Virgin Galactic created VSS Unity to replace VSS Enterprise, or the first SpaceShipTwo, which it lost in a fatal crash in 2014. The new vehicle's first powered test flight took place earlier this year, and during its third one in July, it was able to travel over twice as fast as the speed of sound.

"Whether we complete all our objectives during the next flight or need to wait a little longer," the aerospace corporation wrote in its announcement, "we remain committed to completing the final stages of this extraordinary flight test program as quickly, but more importantly as safely, as possible."

In this article: gear, space, spaceshiptwo, test, virgingalactic
All products recommended by Engadget are selected by our editorial team, independent of our parent company. Some of our stories include affiliate links. If you buy something through one of these links, we may earn an affiliate commission.