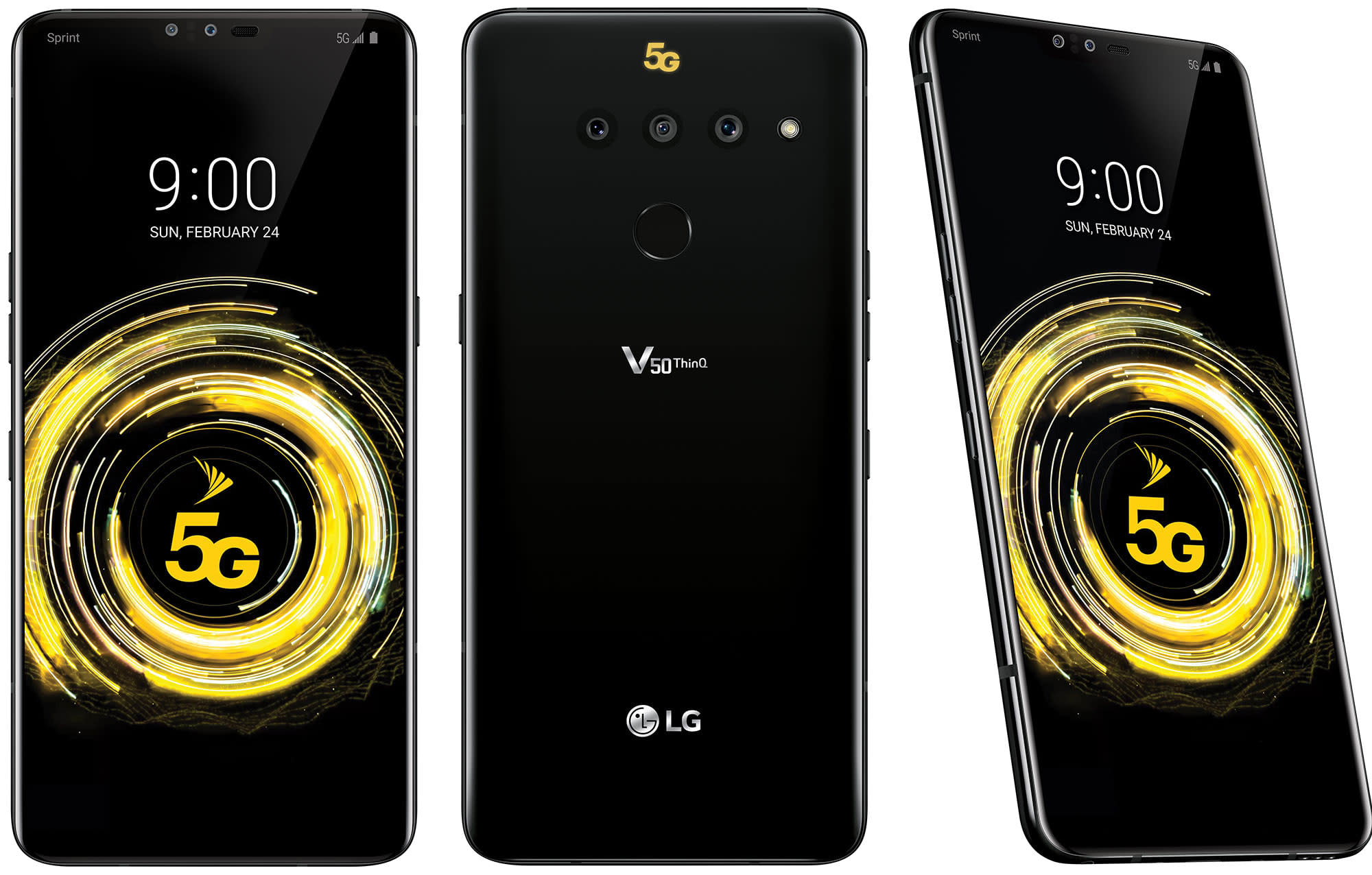 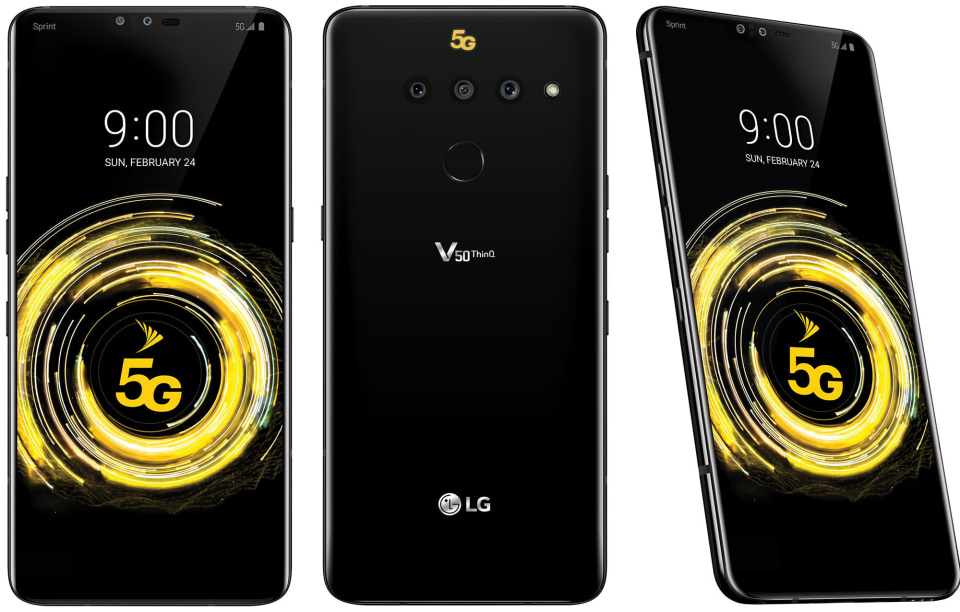 In case you've somehow avoided everyone talking about it, 2019 is the year you'll finally be able to buy a 5G smartphone. Samsung has its Galaxy S10 5G. Huawei has its gorgeous Mate X. And now, LG is jumping into the mix with a 5G device of its own: the V50 ThinQ.

A few key leaks made sure the V50's existence wasn't a surprise, and the broad strokes are about what you'd expect. There's one of Qualcomm's Snapdragon 855 chipsets tucked away inside along with the requisite X50 5G modem, plus 6GB of RAM and 128GB of internal storage. (Don't worry: since you'll theoretically be able to download movies really fast, the V50 also takes microSD cards as large as 2TB.) It's also pretty obviously coming to Sprint first, though LG's strong relationships with other US carriers mean it probably won't stay exclusive for very long.

Really though, the most surprising thing about the V50 ThinQ is just how familiar it feels. The few other 5G phones we've seen so far this year have been handfuls — the 5G S10 is just about the size of a Note 9, and the Mate X..., well, it's pretty big when it's totally unfolded. Despite the multiple antennas squeezed inside, the V50 ThinQ feels just a little more manageable to use with one hand because it's the same size as last year's V40. In fact, you'd be hard-pressed to tell the two phones apart at first glance, especially since they share the same 6.4-inch, 19.5:9 FullVision OLED screen running at Quad HD+. The only way to know for sure is to look for the tell-tale 5G logo on the V50's back. You can't miss it — it lights up, just because.

The similarities don't end there, either. The V50 packs the same Hi-Fi Quad DAC and the love-it-or-hate-it "boombox" speaker chamber as last year's model. It's no surprise that the camera setup is identical, either. There's a dual setup above the display that combines a 5-megapixel wide camera with an 8-megapixel standard camera, plus LG's familiar wide/standard/telephoto camera trio around back. In case you haven't put in time with a V40 before, the company's decision here was a pretty good one — the cameras here aren't perfect, but they offer a level of flexibility in the field that LG's rivals haven't always been able to match. These cameras do differ in one way compared to the V40, though: they all sit flush against the phone's back. Practically speaking this doesn't change much, but it does make the phone look a whole lot cleaner.

There is only one truly valuable change here, and that's the battery. There's a 4,000mAh cell inside the V50, up from the relatively paltry 3,300 battery we got in the V40 ThinQ. That might sound like a big increase — and it is — but we've already seen a few phones reach 4,000mAh territory, and I can't help but worry that prolonged 5G data use will kill the V50 pretty quickly.

As it turns out, those other rumors were true, too: there is, in fact, a second screen add-on for the V50 ThinQ that turns the phone into a makeshift foldable. The concept isn't exactly new — ASUS tried something similar with its gamer-focused ROG Phone — but it's a still a fascinating attempt by LG to keep up with its rivals ahead of its own foldable phone release.

For now, the details are pretty scarce: you can run two apps in multi-window mode on each screen for a total of four at a time, and you'll be able to use a set of dedicated gaming controls on that second display for certain (as yet unspecified) titles. The screen itself also locks in to place at two angles — 104 and 180 degrees -- though we have to wonder why the company didn't just go for a fully adjustable hinge instead. At this point, it doesn't seem like you can stretch apps or content across both screens, but that's probably for the best anyway; when fully opened, there's about half an inch of dead space separating the two displays.

And now for the bad news. LG has said that the V50 the second screen attachment will be available in certain markets around the world, but confirmed in an email that there will be "no second-screen component for the V50 ThinQ in the US."

It'll be a while yet before we get to try the V50 ThinQ on a next-gen data network, but for now, LG's 5G debut seems more than a little tame. Was it practical for LG to simply bake 5G support and some more modern components into an existing chassis? Absolutely. Is the resulting phone anywhere near as exciting as the other 5G devices we've seen at MWC so far? Not really. The V50 ThinQ feels like a perfectly adequate way for LG to cash in on the 5G hype wave early, but honestly, I'm waiting for whatever the company has coming next.

In this article: 5g, 5g phone, gear, lg, lg v50 thinq, mobile, mwc2019, sprint, v50 thinq
All products recommended by Engadget are selected by our editorial team, independent of our parent company. Some of our stories include affiliate links. If you buy something through one of these links, we may earn an affiliate commission.