WD and Micron can give you the smartphone space you've dreamed of.
S. Dent|02.25.19
@stevetdent

While processors can no longer keep up with Moore's law, memory manufacturers keep cramming more storage into ever-smaller spaces. Micron and Western Digital have both unveiled 1TB microSD memory cards that will let you significantly ramp up your smartphone storage, for a price. The products are arriving not long after Lexar started selling the first-ever 1TB SDXC memory cards. 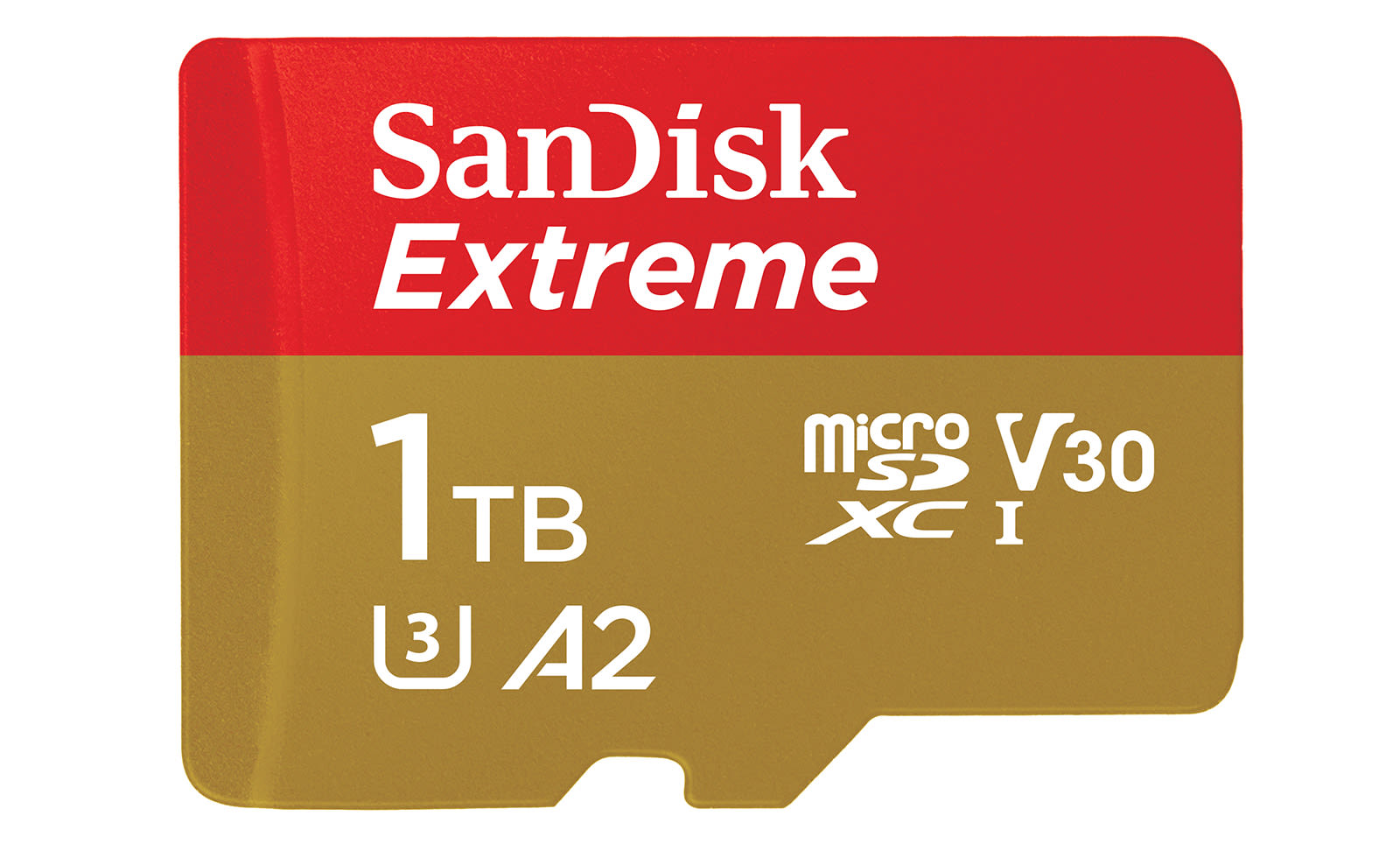 Western Digital's SanDisk brand has an edge over its rival, as its model packs a much faster 160 MB/s read speeds compared to 100 Mb/s for Micron. However, Micron's card, which features its latest 96-layer 3D quad-cell QLC NAND tech, can write a bit quicker with speeds of 95 MB/s compared to 90 MB/s for its rival. That's fast, but far below the 985 MB/s maximum speeds promised by next-gen microSD Express cards.

You'll pay to have storage bragging rights. The 1TB SanDisk Extreme UHS-I microSD card will arrive in April for $450, more than double the price of the $200 512GB model. Micron has yet to name a price for its own 1TB card, but it'll go on sale in the second quarter of 2019.