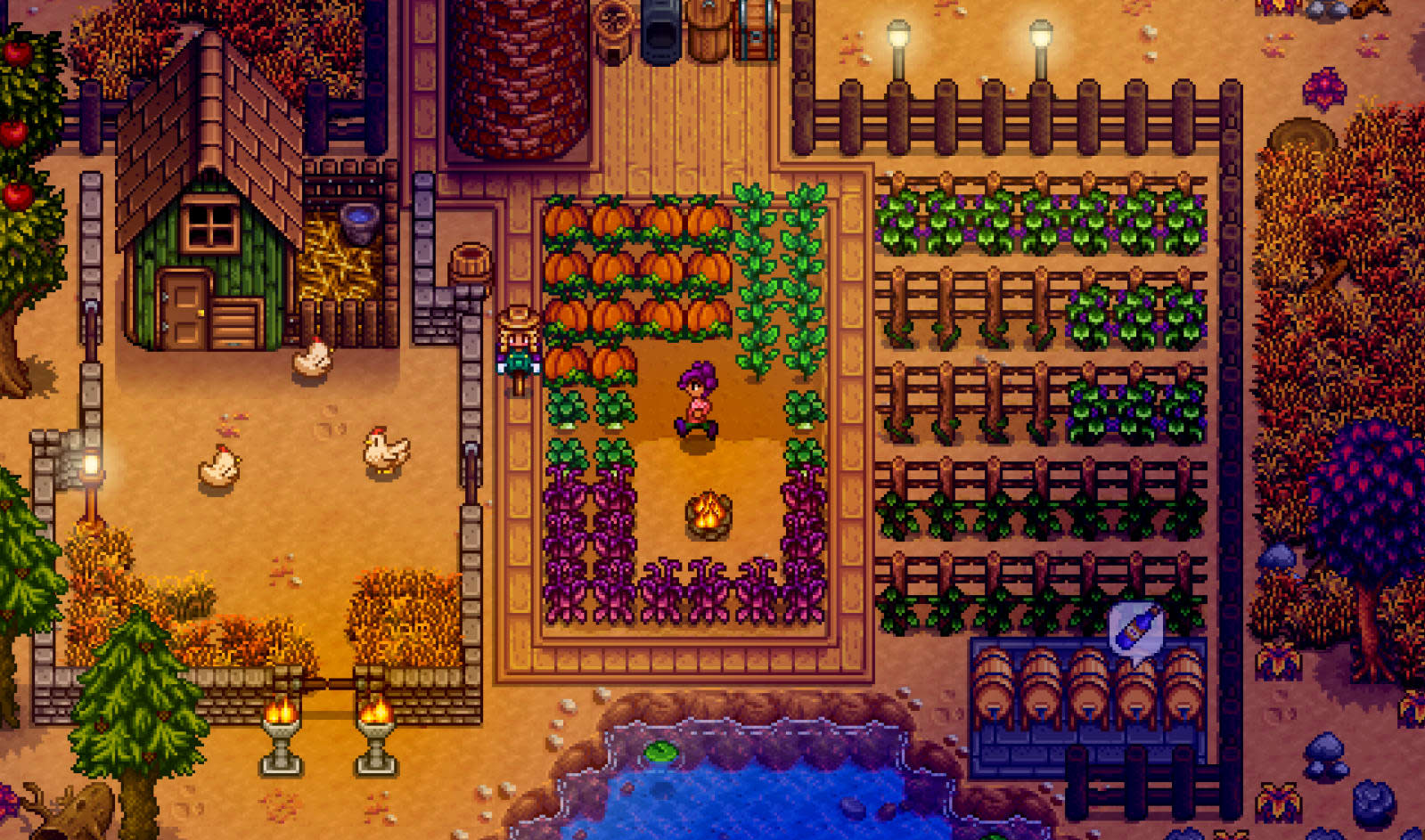 About five months after the "delightful farming RPG Stardew Valley" came to iOS, it's ready for Android. The now three-year-old game will be available on the Google Play Store for $8 on March 14, meaning Android users will no longer need the Nintendo Switch to manage their virtual farms on the go.

In the "Zen-like farming simulator," players inherit an old farm and have to turn the land with some hand-me-down tools and a few coins. First a PC game, the indie hit has since been ported to PlayStation 4, Xbox and other consoles. It quickly became a fan favorite on the Switch, and last year, it was turned into a multiplayer game -- though, mobile versions do not yet support this feature.

Since the iOS version launched in October, the game's publisher Chucklefish and creator ConcernedApe have made a few changes: a save at any time feature, pinch-zoom and new controls, including a virtual joystick. The Android version also adds options to tend your flocks in Korean, Italian, French and Turkish, or the six other previously supported languages. If you're eager to plant your spring crops, pre-registration for the Android version is now open.

In this article: android, av, chucklefish, gaming, google play store, mobile, stardew valley
All products recommended by Engadget are selected by our editorial team, independent of our parent company. Some of our stories include affiliate links. If you buy something through one of these links, we may earn an affiliate commission.