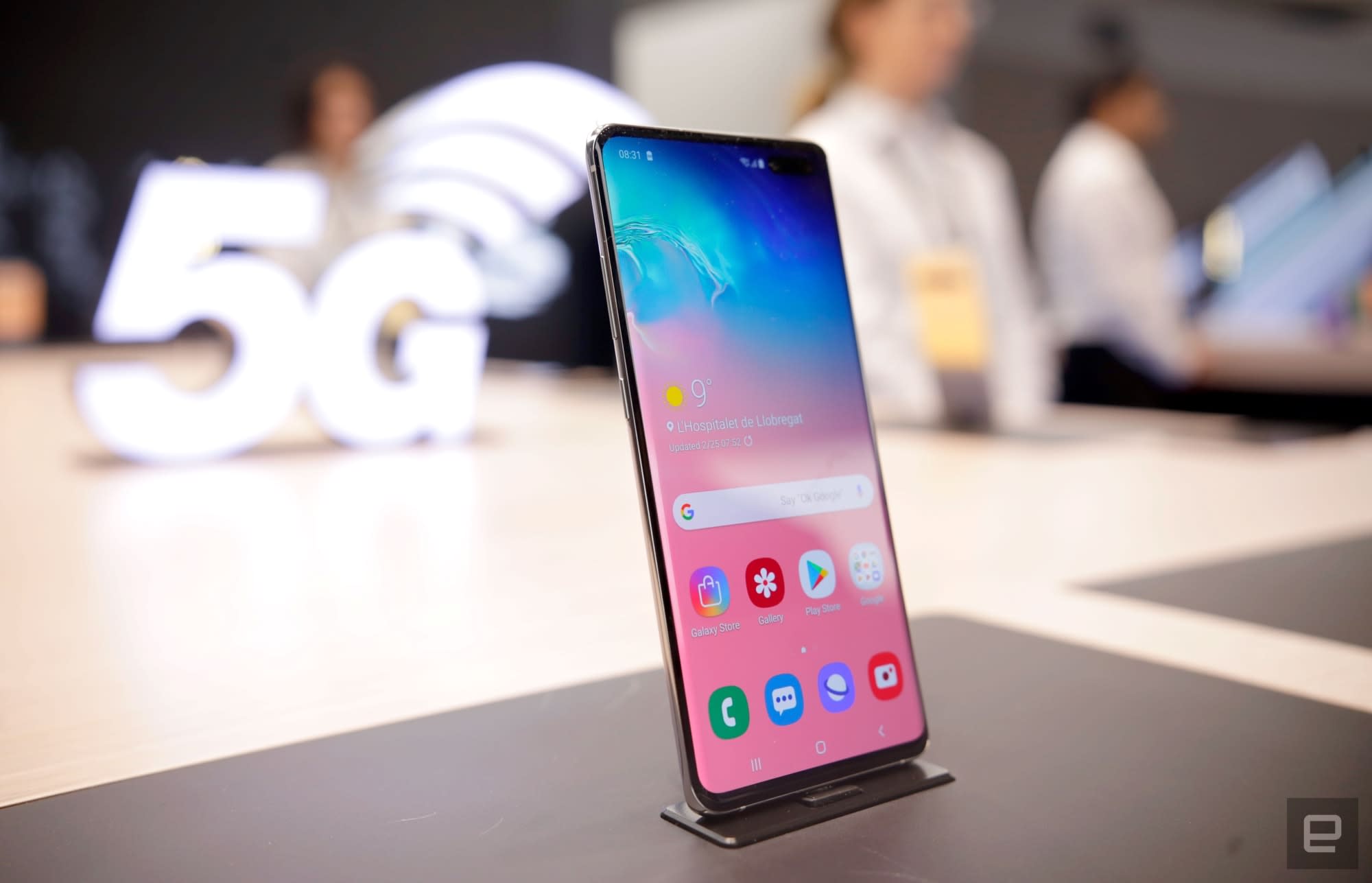 MWC attendees were among the first in the world to get their hands on Samsung's Galaxy S10 5G, but some of the company's biggest fans won't have to wait too much longer to buy one. The company has already publicly said that its 5G flagship would go on sale in Q2, but people familiar with the matter provided Engadget with a little more insight: In Korea at least, the S10 5G will go on sale in April.

With the much-hyped Galaxy Fold launching that same month, Samsung fans in the company's native country might be faced with a surprisingly tough shopping decision. Both devices, after all, offer drastically different takes on the future of smartphones: one fast and the other flexible. For now, firm dates for the phone's official launch haven't been established; those are largely up to Korea's wireless carriers, SK Telecom, KT and LG Uplus. We have heard, though, that Samsung was at one point targeting a late March launch in Korea before plans for that date fell through.

Sadly, those looking to the S10 5G's launch window in Korea for hints about the device's arrival in the US are likely to be disappointed. As in Korea, wireless carriers in the US generally set official on-sale dates for new smartphones. (In some cases, the device maker will also choose to sell new products directly to consumers at the same time carriers do.) We know that the phone will launch with exclusive partner Verizon sometime in Q2 before becoming available on AT&T, Sprint and T-Mobile in the following months. The problem is, none of those carriers have specified when they plan to light up their mobile 5G networks.

Emphasis on "mobile." Verizon (Engadget's parent company) currently offers 5G service for homes in parts of Sacramento, Los Angeles, Houston and Indianapolis, and plans to launch its mobile 5G service in 30 cities in "the first half of 2019." AT&T technically has 5G service up and running in twelve cities (including Atlanta, Indianapolis, Oklahoma City, Dallas, Houston and more) with nine more in mind for 2019. T-Mobile, meanwhile, has had to postpone its 5G launch until later in the year, leaving Sprint to offer the most specific timetable -- it aims to bring its 5G network online this May in Chicago, Atlanta, Dallas and Kansas City, Missouri. Without further context from Verizon, the carrier that will bring this device to market, the S10 5G will for now remain one of those phones we admire from behind glass at tradeshows.

In this article: 5g, galaxy s10, galaxy s10 5g, gear, kt, lg uplus, mobile, mwc2019, samsung, sk telecom, smartphone, verizon
All products recommended by Engadget are selected by our editorial team, independent of our parent company. Some of our stories include affiliate links. If you buy something through one of these links, we may earn an affiliate commission.