It's a clear example of why game streaming still has a long way to go.

Blade's Shadow game-streaming service made a big splash when it launched last year. For $35 per month, it brings the power of a gaming PC to almost any device, be it a smartphone or a slim notebook, by streaming gameplay from powerful servers. But what if you wanted to play on a TV without connecting a PC? That's where the Shadow Ghost comes in: It's a sleek, $140 set-top box that lets you bring the service just about anywhere. The Ghost is a major upgrade over the previous Shadow Box: It's smaller and fan-less, and it adds WiFi support. It's exactly the sort of device Blade needs right now, especially as other companies like NVIDIA, Microsoft and even Verizon are exploring game streaming.

Based on my short time with the Shadow Ghost, though, it's clear that the device and service still needs some work. I can excuse buggy software, especially since I was testing the Ghost a bit early, but Blade's core game-streaming technology left a lot to be desired. That's a shame, since I was initially impressed with it last year when I saw games like Street Fighter V and Ghost Recon: Wildlands running across smartphones and a MacBook Pro.

The Shadow Ghost makes an excellent first impression. Its curved design is unique in a world of dull rectangular boxes, as if someone stepped on an early prototype and the company just stuck with the look. There's a large, triangular power button up front, and around the back there are two USB 2.0 ports and a pair of USB 3.0 ports as well as HDMI, headphone and Ethernet connections. With all of those USB options, you should be able to plug in a keyboard and mouse while still having room for other accessories. 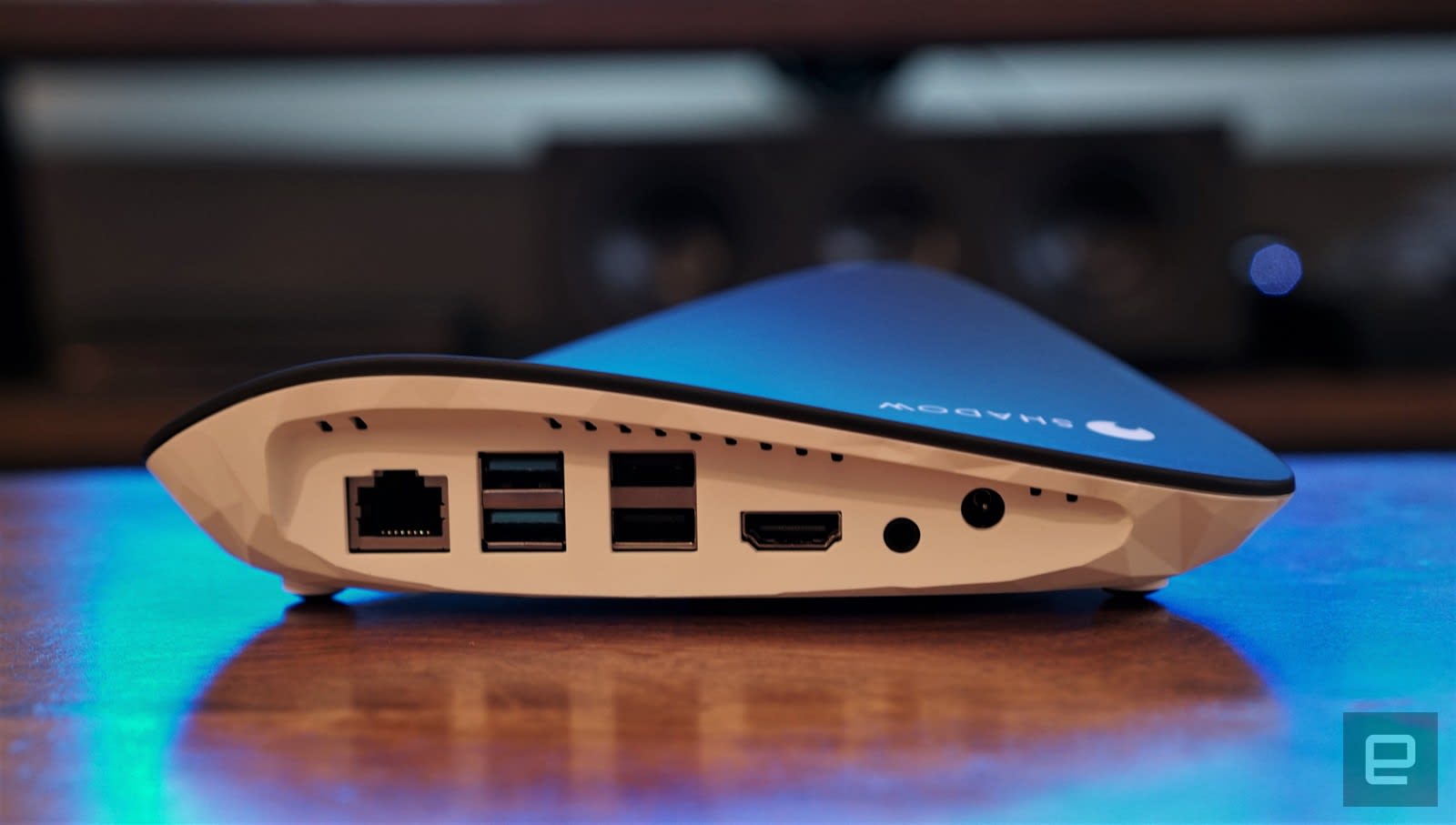 And as you'd expect, it also supports Bluetooth, giving you a wireless way to connect plenty of other gear. Altogether, the Ghost has all the connectivity you'd want from a gaming notebook -- the kicker is that it's a simple, fan-less box that uses around 30 times less energy than a desktop (according to Blade).

Setup is pretty simple: Just plug in the power and HDMI connections, connect to Ethernet or WiFi, and sign on to your Shadow account. At first, the Shadow Ghost couldn't see my 5GHz wireless network -- the only one you should dare to use for such a bandwidth-intensive service. Lucky for me, Blade deployed an update shortly afterward that cleared up that issue. You can also connect Bluetooth devices from the Ghost's home screen. It had no trouble recognizing my Logitech Craft keyboard and Xbox One controller, though the latter wasn't actually recognized when I tried to game. I ended up using a SteelSeries Stratus Duo controller, which relies on a USB wireless receiver. (Since the Bluetooth connectivity is controlled from the home screen, you'll unfortunately have to jump out of your Shadow instance every time you want to add a new device.)

Once I logged in, I was presented with a surprise: Cortana and the Windows 10 setup screen. I knew that subscribing to Shadow gives you access to a beefy server (it's powered by an NVIDIA GPU delivering GTX 1080-level performance, 12GB of RAM and an Intel Core i7), but it hadn't occurred to me that you also need to go through the whole first-launch experience. It took around five minutes to reach the Windows desktop, and I was surprised to find that Blade didn't do much to customize the installation. There's a desktop shortcut to change a few settings for the Shadow Ghost, but beyond that I was staring at a typical Windows PC screen.

My first task: Install Steam and download a few titles. I opted for Resident Evil 2, Hitman 2 and The Witcher 3. It took around 10 minutes to grab RE2 -- a few minutes to allocate disk space and the rest of the time to download the 23GB game at a steady 50Mbps. Shadow only gives you 256GB of storage (20GB of which is taken up by Windows), which means you'll need to be choosy about which titles you keep around. That's a particularly tough situation when games like Destiny 2 now clock in at more than 81GB. After installing Nier: Automota, in addition to the titles above, I received errors that there wasn't enough disk space to update Resident Evil 2. I was forced to uninstall Nier just to get my zombie fix on.

Blade says Shadow supports game streaming up to 4K 60Hz, or 1,080p 1,44Hz. The 4K option is better if you care about image fidelity while the latter's higher refresh rate should deliver smoother gameplay. In comparison, NVIDIA's GeForce Now service, which is still in beta, only supports 1080p up to 120Hz. Shadow should have the advantage, though based on my testing NVIDIA's tech delivers an experience closer to a typical console's. 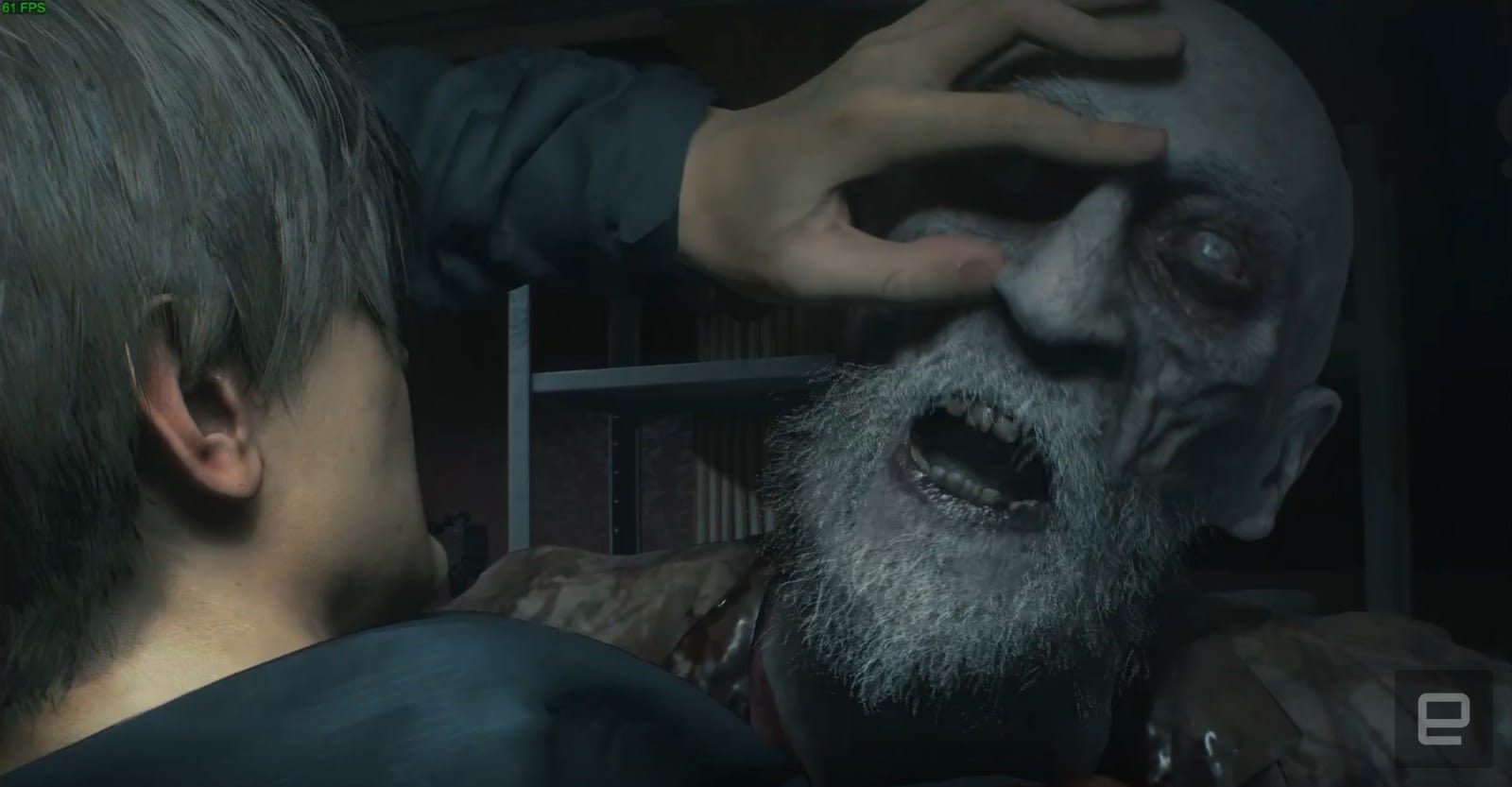 Resident Evil 2 was playable in 4K with medium graphics on my LG OLED TV. Unfortunately, the streaming was choppy, there was a noticeable delay when moving my character and the game simply didn't look as sharp as it does on my PC with the same settings. There were ugly jagged lines along the edges of objects (even with a high level of anti-aliasing set up in-game), and panning the screen was jerky and headache-inducing. The erratic performance made it tough to tell if a bullet was actually going to reach a zombie (not ideal when ammo is so scarce) or if my head was about to be chewed off.

Bumping down the resolution to 1,440p made the game run beyond 60 fps, but the buttery smoothness of that frame rate was nowhere to be found. I'm not sure if it was lag from Shadow or my home network, but there was a noticeable difference compared to my gaming rig. And before you blame Shadow Ghost's performance on my 5GHz AC WiFi network, I also ran the game on Shadow's PC client over Ethernet and noticed similar issues, though admittedly to a lesser extent.

Hitman 2 and The Witcher 3 didn't fare much better. Even though they were technically running faster than they would on an Xbox One X or PlayStation 4 Pro, playing them from a far-off server simply felt worse than using those consoles. That's an essential problem for Blade to solve if the Ghost, or its streaming service, has any chance of success. Blade ended up delaying the launch of the Shadow Ghost by about a month, and in that time they've made the streaming performance a bit smoother, though it still can't really compare to a dedicated gaming PC or console.

With gaming hardware becoming cheaper and more capable, asking people to pay $150 for another box plus $35 per month for a worse experience seems insane. I could see gamers using it as a way to play their favorite titles while traveling, but it's still not worth it at that cost. And Blade will definitely have to expand the amount of storage being offered, otherwise you'll end up spending lots of time waiting for games to install. 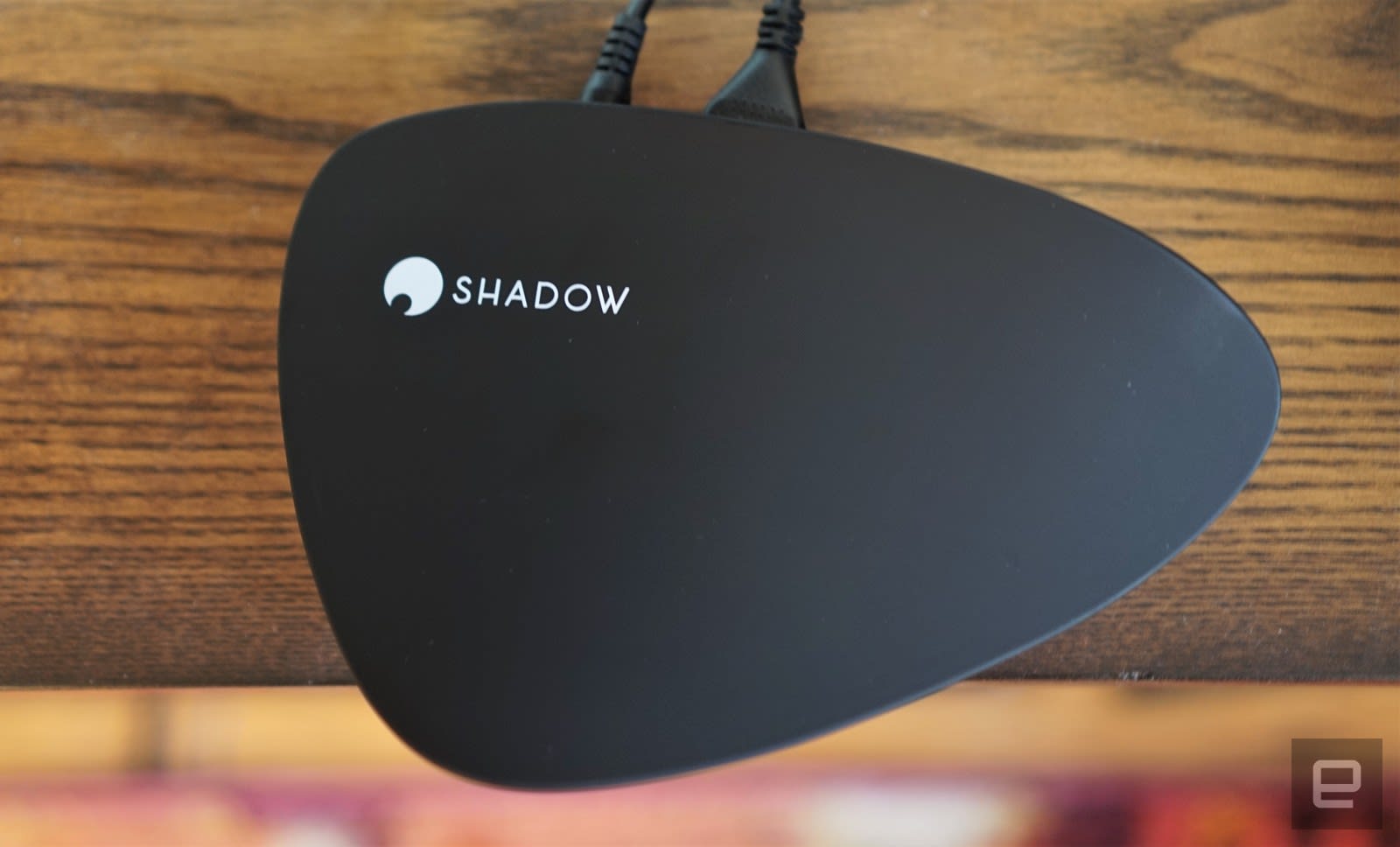 It's hard to fully judge the Shadow Ghost before its launch, since Blade is continually optimizing the device and its streaming service. But given the way things typically go with online platforms, I expect performance to get even more sluggish once more people jump online. To be clear, I'm not giving up on game streaming yet. But the Shadow Ghost makes it clear how far the industry has left to go.