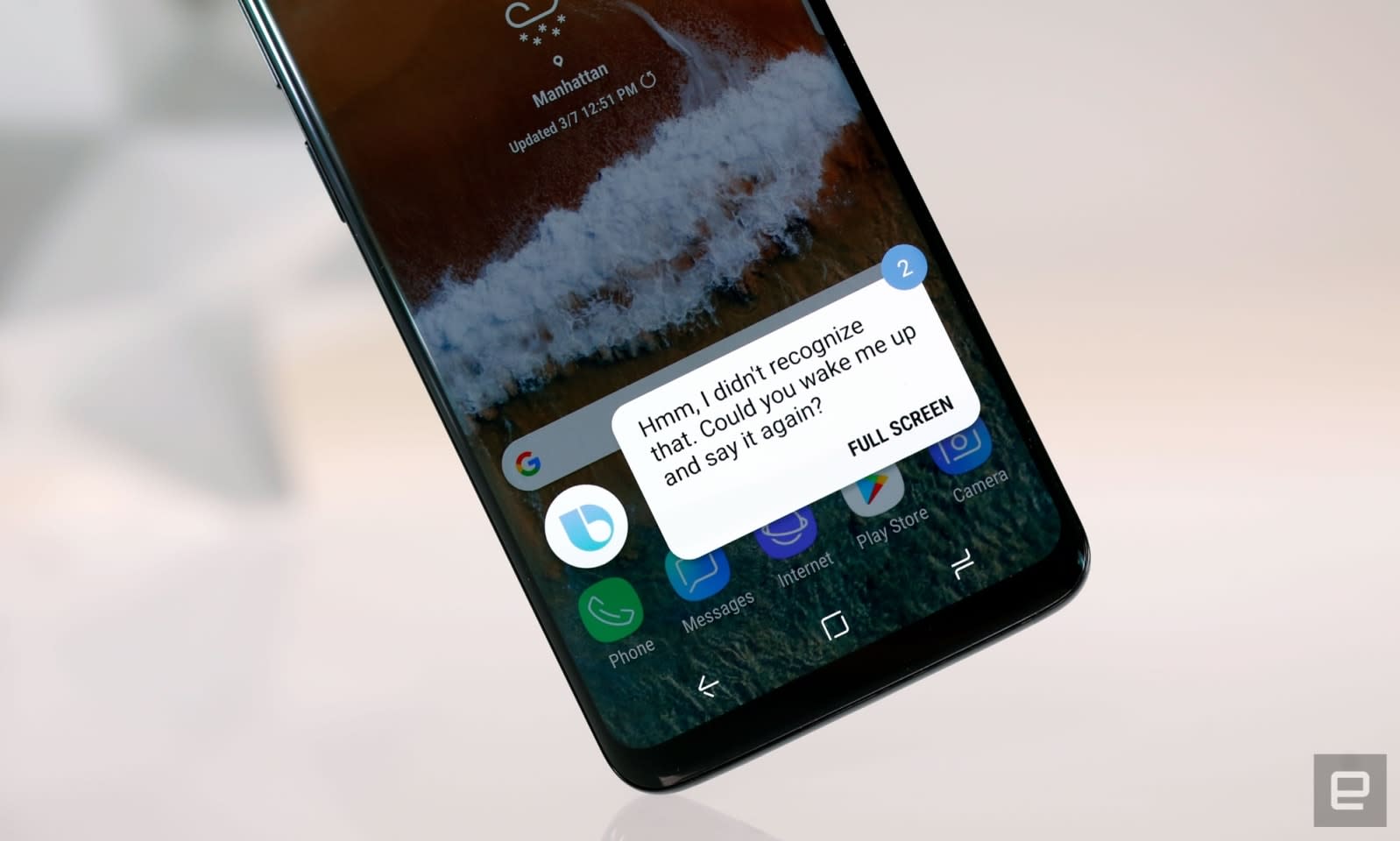 Once you set your preferences, you simply need to double- or single-tap the button to open your app of choice. If the single-tap opens your favorite app, the double-tap will open Bixby Home, and vice versa. Holding the button will still summon Bixby Voice.

As we noted when the remapping feature was first announced, this is a bit of a compromise. It's no secret Bixby is losing the popularity contest among AI voice assistants, and rather than do away with the button (or Bixby) entirely, Samsung is attempting to make both more appealing. In the past, Galaxy users have resorted to workarounds that remapped the button to open other digital assistants, like Google Assistant. Following this update, a number of people have noticed you can't use the button to opt for another assistant, which Samsung has confirmed to Engadget. That just goes to show how much Samsung wants you to try Bixby and not opt for frankly more useful options like the Google Assistant.

my S10+ review unit has received an update to the Bixby app that lets me natively remap the button to a more useful command. guess what app CAN'T be mapped to it?

In this article: bixby, bixby button, gadgetry, gadgets, galaxy, gear, mobile, samsung
All products recommended by Engadget are selected by our editorial team, independent of our parent company. Some of our stories include affiliate links. If you buy something through one of these links, we may earn an affiliate commission.