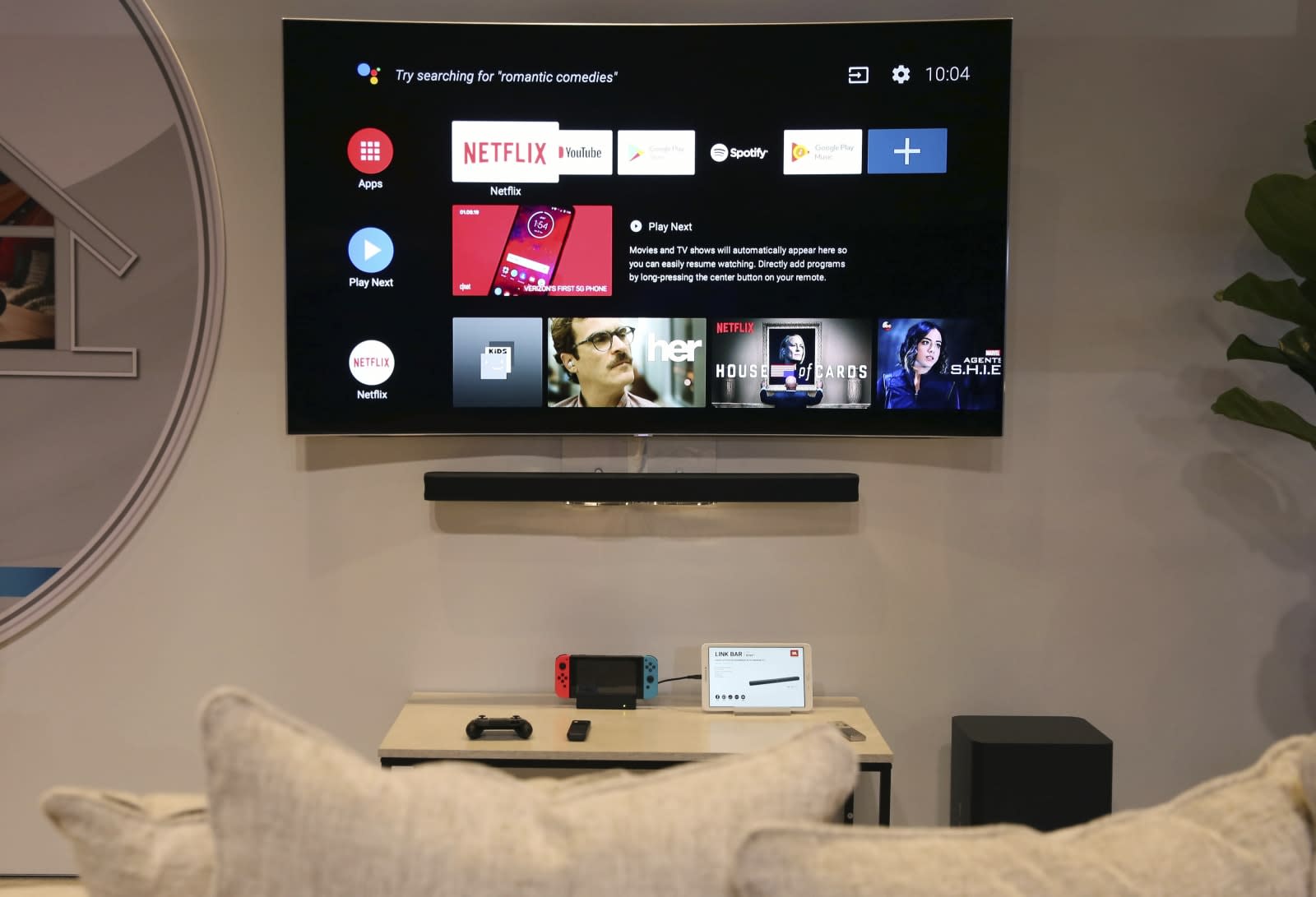 If you pre-ordered JBL's $399 Link Bar last August, you could end up waiting almost a year for it to arrive -- or possibly longer. Pre-order customers were originally told the all-in-one soundbar, TV box and Google Assistant speaker would ship in October. That didn't happen, and last month, unknown delays pushed shipping to spring. After pre-order customers noticed another ship-date change, Android Police confirmed with JBL that "in-market availability is now planned for mid-to-late summer."

The Link Bar first gained attention for its promise to combine several features into one sleek, convenient device. If the bar ever ships, it'll essentially combine a traditional soundbar, a set-top video streaming box and a Google Home speaker. You'll be able to play TV shows with a simple 'OK Google' command and switch HDMI inputs via the Google Assistant, which can be used even when the TV is off. And the built-in Chromecast will allow you to stream music and videos from your phone. Plus, you'll be able to control other smart home devices or play music directly over the speaker, just as you can with Google Home devices.

Now, the only attention the Link Bar is getting is for delays. And with vague confirmation from JBL, a midsummer shipment looks like a best case scenario.

New July release date for the JBL Link Bar (via B&H receipt)? Later than the Spring 2019 they had originally said. Is this thing ever going to be released?@AndroidPolice @khouryrt pic.twitter.com/FHQJIuSAzj

In this article: android TV, av, delay, gadgetry, gadgets, gear, google, google assistant, JBL, link bar, soundbar, speaker
All products recommended by Engadget are selected by our editorial team, independent of our parent company. Some of our stories include affiliate links. If you buy something through one of these links, we may earn an affiliate commission.